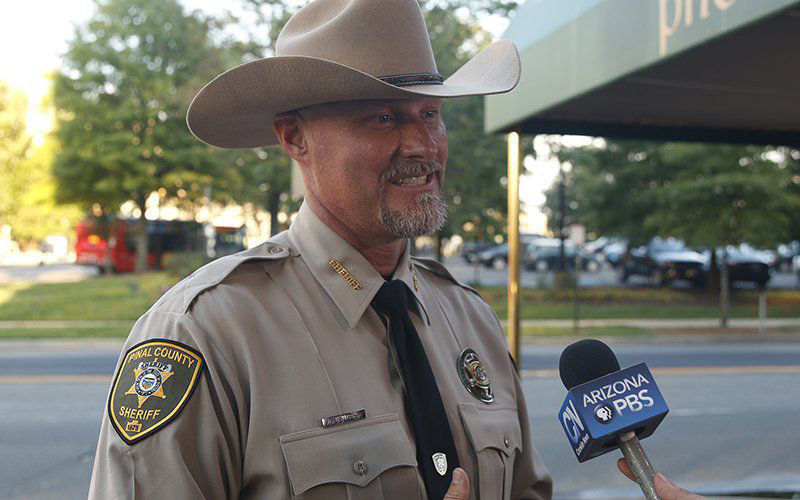 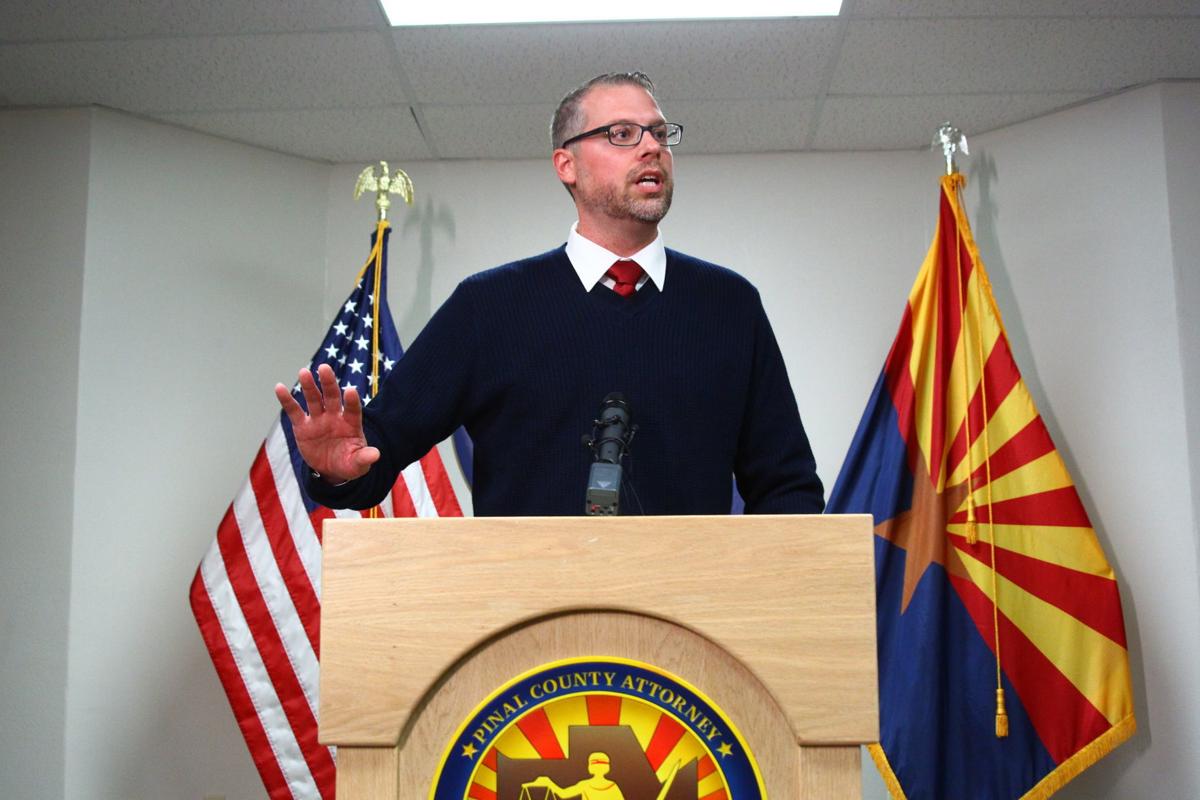 FLORENCE — The Pinal County Attorney’s Office says cameras were installed in lawyer-inmate interview rooms at the jail to prevent contraband from being passed, and that statement has drawn attention from the American Civil Liberties Union.

The Pinal County Sheriff’s Office installed the cameras last month in rooms that defense attorneys use to speak privately with their clients.

Twice since the installation, public defenders have asked Pinal County Superior Court judges for continuances because they have not been able to have private discussions with their clients due to the presence of the cameras.

Sheriff Mark Lamb and County Attorney Kent Volkmer maintain that the cameras do not record audio and are pixelated so that documents or lips cannot be read from the video.

At first, Lamb said the cameras were installed to keep an eye on attorneys and protect them in the event that their clients attack them. Since their installation, authorities instead claim the real reason for the cameras is to stop contraband from coming into the Pinal County Adult Detention Center.

In a Feb. 21 interview, Lamb said, “What this all boils down to is a safety issue. When you have someone else in your facility, we don’t know if that inmate intends to harm their attorney. We’ve had inmates try to attack their attorney before. This is a safety issue for the attorneys going in there. In no way, shape or form is this an attempt to monitor their communication with their clients.”

On March 5, Volkmer said, “You’re aware that they did (the television show) ‘60 Days In.’ One of the things they noted in ‘60 Days In’ is that we had too much contraband within our jail. The DOC (Arizona Department of Corrections) has the same issue. As they identified there was contraband in there, they started identifying how can contraband get in. They identified that you can get it in through visitation. It could come in through attorneys or through defense teams.”

Volkmer said other counties have the same problem.

“Nobody’s got it solved and all of them said they record attorney-client interactions. Just the video, not any audio. Maricopa County has three different cases where they have charged defense attorneys or mitigation specialists for the defense team for smuggling contraband in that they caught with those video cameras,” said Volkmer.

No attorney has been charged with passing contraband to a client in Pinal County.

Volkmer said there are two areas where attorneys meet with their clients at the jail.

In one area it is impossible for the two people to have physical contact as they are divided by a thick piece of plexiglass. There is a slot in the glass where papers can be passed but it is not very wide.

“I can’t in good conscience say that cameras in this area have anything to do with attorney safety because there is not the ability to have physical contact. But they do have additional rooms where you can actually sit in the same room,” Volkmer said.

Volkmer said keeping contraband out of the jail is a larger issue than the personal safety of the attorneys.

“We don’t have any reasonable belief that this (smuggling of contraband) is happening at this point but that is an area where it could happen. What we are doing is eliminating. If we know it is not coming in this way, we can start focusing on different areas,” Volkmer said.

ACLU attorneys don’t seem to agree with Volkmer’s point of view on the jail cameras.

“In our view this is very problematic that they are recording these interactions,” said Jared Keenan, ACLU of Arizona criminal justice staff attorney. “The conversations between an attorney and client is protected and supposed to be private. Even if they are not recording sound, there are still a lot of things that they would be able to see.”

Keenan said if attorneys and inmates meet after a court hearing, jailers might be able to detect subtle clues from body language or facial expressions of the attorney or the client.

“That could give away some information that should be private,” Keenan said. “I know they claim that the video quality is such that you can’t read documents. Oftentimes you have to go over other evidence that are non-written evidence, like photographs. If you’re going over that kind of stuff with a client, it could show up on a video.”

Keenan said once video is allowed into this sensitive meeting area, who’s to say that the video and audio quality couldn’t be upgraded and improved in the future.

“Any interaction that is recorded violates the attorney-client privilege. The reason that privilege exists is to encourage frank communication between attorney and client. If you stick a camera in what should be a private meeting room between attorney and client, it likely will have a chilling effect on what types of conversations occur in that situation. You are undermining the whole purpose of the attorney-client privilege because you are scaring these parties into not having these robust and frank discussions,” Keenan said.

He added there are many jails around the country that don’t video-record protected meetings as they do not have overwhelming safety concerns about the well being of defense attorneys or possible contraband being brought in by defense attorneys.

“There are constitutional protections in place that simply make the job of the government more difficult and the attorney-client privilege is one of them. It does not mean that you can just throw out a theoretical safety concern and ignore those protections that are in the Constitution,” Keenan said.

The ACLU views the recent motions by Pinal public defenders for continuances because they could not have private conversations with their clients as an aftermath of “chilling” of the attorney-client privilege.

“It is requiring a defense attorney to seek continuances which means you are then violating the speedy trial rights of defendants. This request for a continuance isn’t something the defendant necessarily wants because their conversation with their attorney is being recorded. They can’t point to a specific safety concern but we can now point to specific instances that just having the camera there has forced defendants to postpone their case,” said Keenan.

Another area the ACLU is concerned about is if these videoed interactions between attorneys and inmates end up on a national television show.

Keenan said he is concerned that the sheriff might be doing this not for any legitimate reason but to “make for better entertainment” for the national television shows.

Volkmer said the way everything is set up, video of attorneys talking to clients cannot be used on one of the national shows.

Volkmer said the video is taken from the ceiling looking downward and faces cannot be seen, unless the defense attorney looks up at the camera. The inmate’s face will not be recorded by the new cameras and the inmate cannot see the surveillance camera.

“They can’t see it. I would tell them that it is there if I were the defense attorney. They should have the right to know that,” Volkmer said.

At this time attorneys for the ACLU have their eye on the camera installation. Keenan said requests about civil rights issues come into the ACLU Arizona office constantly, “but this is one that we are monitoring to see where it goes.”

Attorney objects to cameras installed by PCSO in interview rooms

FLORENCE — With no apparent benefit to Pinal County or its citizens, and the possibility of …