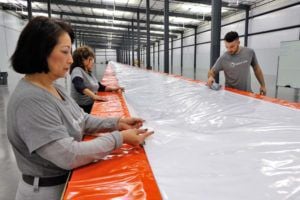 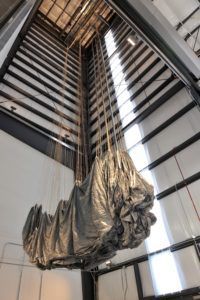 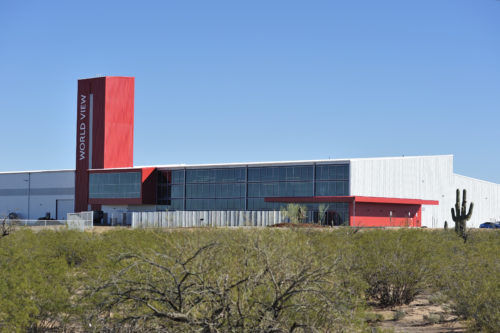 TUCSON — By late 2018 Tucson-based World View Enterprises plans to fulfill the dreams of many by sending people into space.

World View Enterprises, a private company, is the only near-space exploration company in Arizona. For $75,000, customers will be taken to an altitude of roughly 100,000 feet, and stay up there for hours before gently coming back down.

Andrew Antonio, director of marketing and communications for World View Enterprises, made it clear that the timeline to get people into space is fluid. “It’s hard to commit to a specific date for obvious reasons – safety is our No. 1 priority and we’re doing something that’s never been done before, which requires a lot of great research and development and learning along the way,” Antonio said.

Initial plans from World View had the company sending customers up by 2017. “We won’t rush the necessary process just to hit a specific date,” Antonio said.

World View will send their customers up from Spaceport Tucson. Located at 1805 E. Aerospace Parkway, the 142,000-square foot site just south of Tucson International Airport, will lead the way in near-space exploration.

Spaceport Tucson, owned by Pima County, will be operated by World View. The Board of Supervisors voted 4-1 in January on a bond sale of $15 million for the construction of the facilities. World View will lease the building for 20 years and then will own it. According to Pima County Board of Supervisors Chairwoman Sharon Bronson, the payments will range from $675,000 to $1.2 million annually.

In a response to a Wall Street Journal column, Bronson explained the decision to move forward with World View. Over the term of the agreement, the company is estimated to have a $3 billion economic impact. According to Bronson, taxpayers will be paid $4 million more than what it will cost the county to build the facilities.

World View is testing safety now. The company routinely launches test flights and has teams working on both their Voyager space tourism program as well as the un-crewed Stratollites.

Stratollites, are World View’s remotely managed, high-altitude balloons that carry payloads primarily for research and communications. These balloons are versatile and able to sustain flight for weeks at a time. Antonio did give a general overview of how it works. “We use a form of ballast to raise and lower the Stratollite to various targeted altitudes in the upper reaches of Earth’s atmosphere,” Antonio said.

“In terms of pinpoint landing, we’ve developed another proprietary piece of technology that allows us to steer massive payloads either manually or automatically as programed, down to a specific landing zone,” Antonio said. The payload basically detaches from the balloon and descends under a parachute that is controlled from the ground.

The aircraft carries research and instrumentation payloads up without humans on-board, which is an integral part of the business. “We fly a variety of research experiments, sensors and communications payloads for customers like NASA, Ball Aerospace, Northrop Grumman, and others,” Antonio said. The cost of these flights varies dependent upon what is being carried, with the biggest determining factor being the mass of the payload. In comparison to similar devices such as high-altitude drones and geo-stationary satellites, Stratollites are far less expensive. The direct cost of the Stratollites is not available, but according to Antonio will be substantially less expensive than the $10,000 to $25,000 an hour to operate a drone, and the hundreds of millions to build, launch, and operate a geo-stationary satellite.

Weekly flights are the goal beginning with the first flight with paying customers aboard. Antonio also added that the frequency would increase as time went on. Gathering experience will also allow World View to achieve its goal of being able to launch flights from all over the globe.

The University of Arizona has been in contact with World View, but no projects have been solidified as of yet.

A few companies have already had “space tourists” accompany real astronauts on sub-orbital missions. Space Adventures, Ltd. A Virginia-based company sent businessman Dennis Tito to the International Space Station in 2001 for a cost of $20 million. They have had a total of seven clients go up into space through their program.

British billionaire Richard Branson has entered his company Virgin Galactic into the private space flight world as well. Virgin Galactic is aiming to get its paying customers flying by 2017. It is no bargain though at $250,000 a ticket, yet the company has over 700 deposits already collected.

Elon Musk, CEO and founder of SpaceX, made an announcement that the company plans to send two tourists around the moon and back to Earth by the end of 2018. This extended trip already has two passengers signed up, and according to Musk will cost them an estimated $70 million.

PHOENIX — The State Court of Appeals threw out the latest legal objection to a high-altitude balloon-launching facility in Pima County, saying…