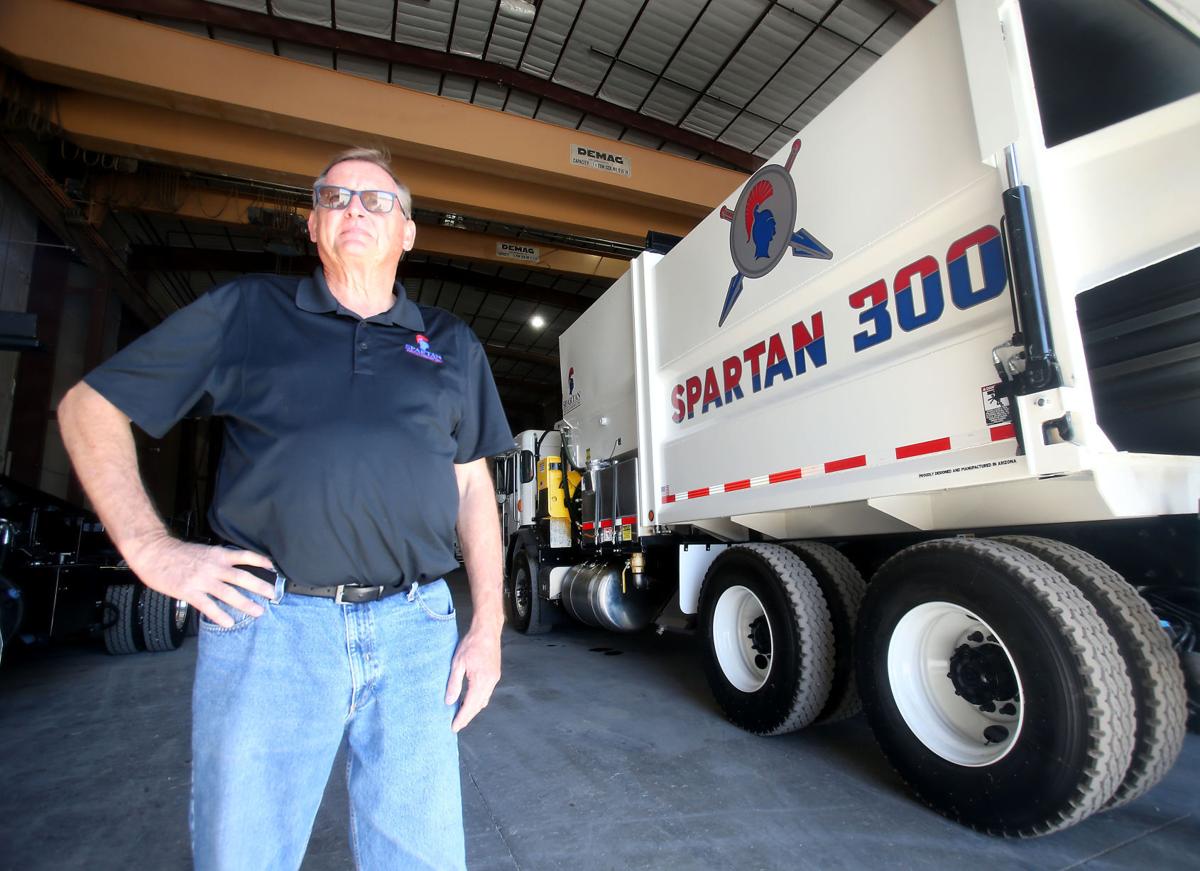 Spartan Truck Company General Manager Paul Campbell stands by one of his company’s trucks Friday, October 9, 2020,at the 11-acre facility on VIP Boulevard. 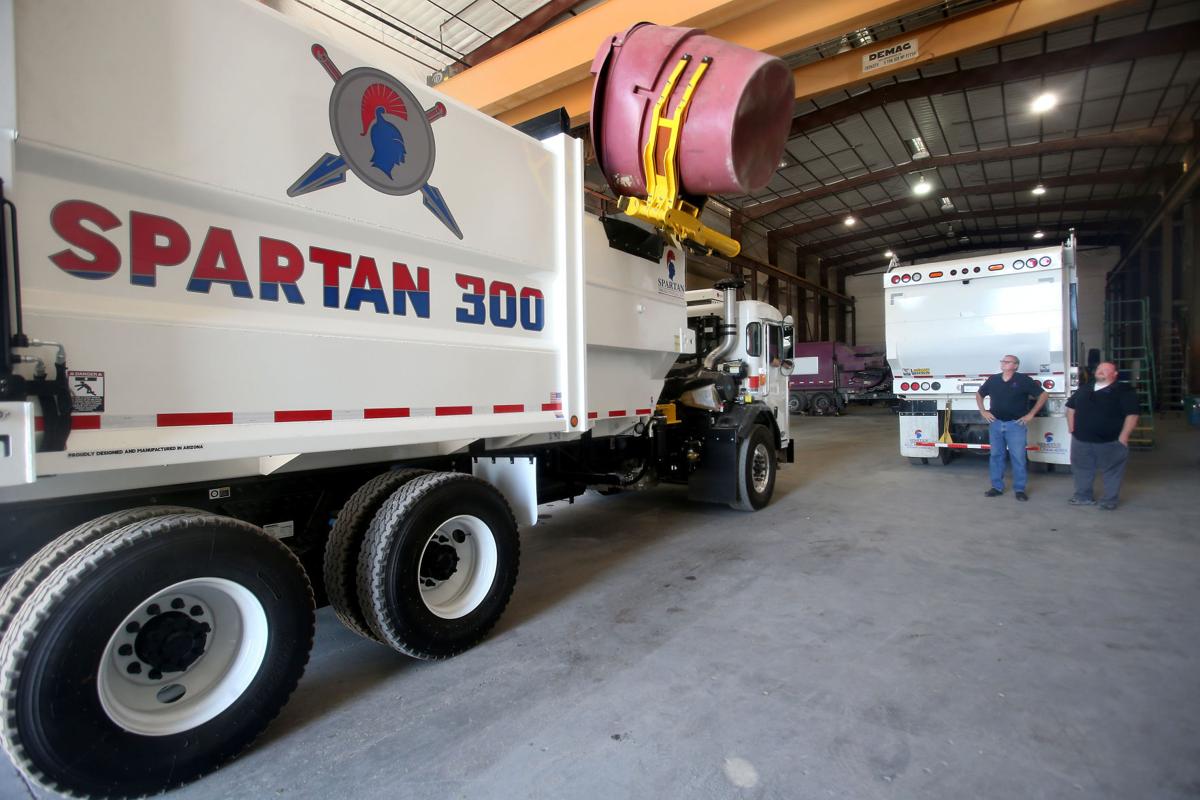 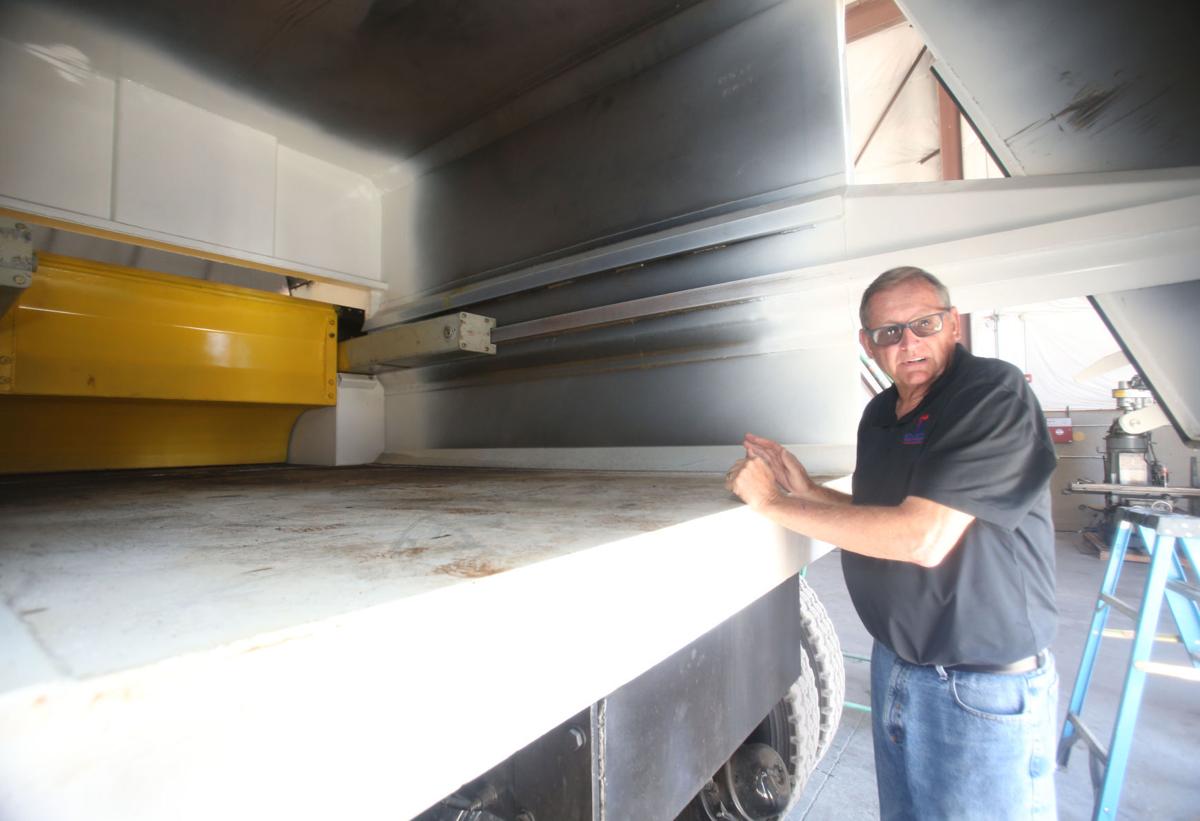 Spartan Truck Company General Manager Paul Campbell stands by one of his company’s trucks Friday, October 9, 2020,at the 11-acre facility on VIP Boulevard.

CASA GRANDE — Spartan Truck Company, a waste hauling equipment manufacturer, opened a second location in Casa Grande back in 2019, and it was key to bringing a key person onboard.

General Manager Paul Campbell has worked in the truck business since the 1970s. Campbell retired back in 2016 but owner Myan Spaccarelli asked Campbell to return.

According to Campbell, he needed four meetings to be sold on the idea to return to work. He had one request — that the facility would be in the Casa Grande area.

Spaccarelli agreed and bought the site in May 2019. “We looked for several months and found this building,” Campbell said.

By June 2019, the facility was up and running. “We put together a pretty good plan to go forward,” Campbell said.

According to Campbell, the 11-acre site currently has 15 employees. Campbell is hoping that as the business expands, it will eventually employ anywhere from 50 to 60 employees.

The Spartan 300, a garbage truck with an automated side loader, will make its debut in Casa Grande sometime next week.

According to Sales and Marketing Engineer Jaccob Dalton, the Spartan 300 is the safest and cleanest model in the industry.

Casa Grande residents can expect to see more of these trucks coming in February 2021.

The city entered a contract with Rush Truck Centers of Arizona, which included a credit of $23,000 for the purchase of the four new trucks.

Spartan Truck Company is the body supplier of that order.

“I’ve been in this business since ‘74, but there’s always going to be garbage trucks,” Campbell said.

According to Campbell, although the trucking industry has changed over the years, the need for garbage trucks remains consistent.

The Spartan 300 truck will also make its way to Scottsdale later this month.

According to Campbell, as the business expands, the company hopes to hire locals. It is located at 1441 N. VIP Blvd.