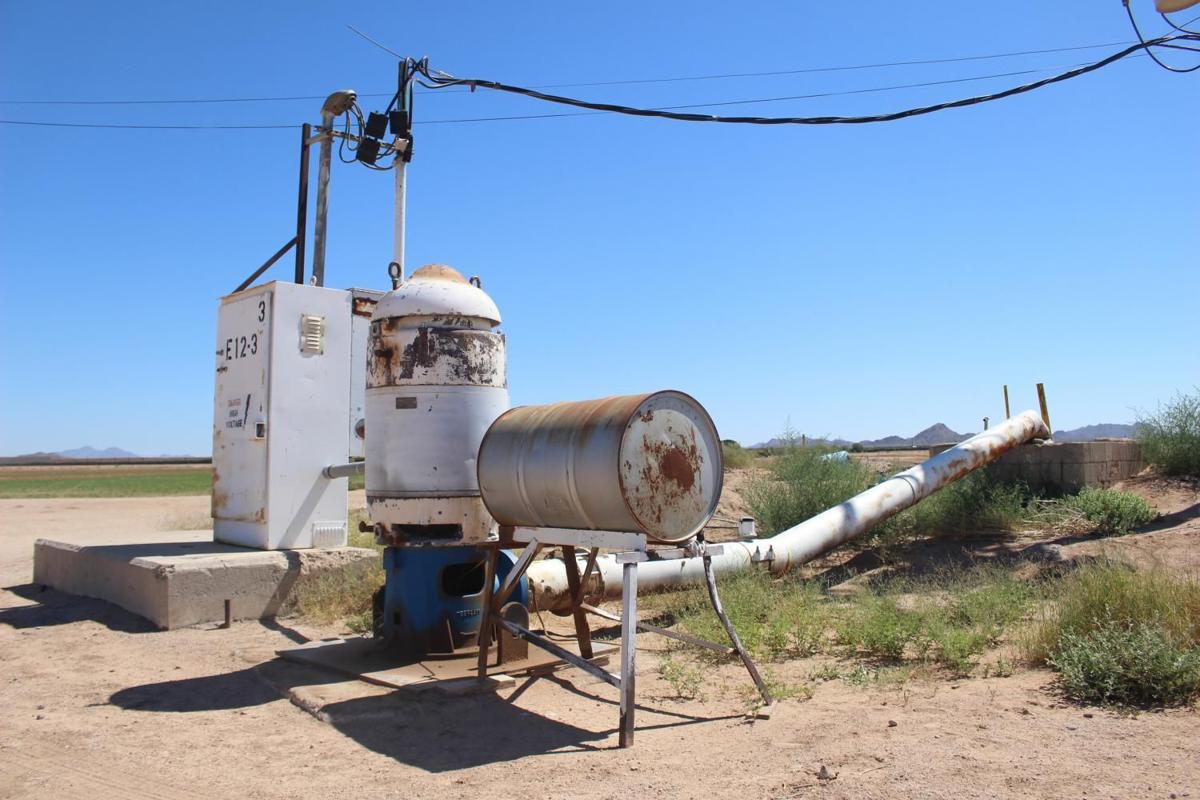 A study shows that Pinal County does not have enough groundwater to meet its long-term needs. 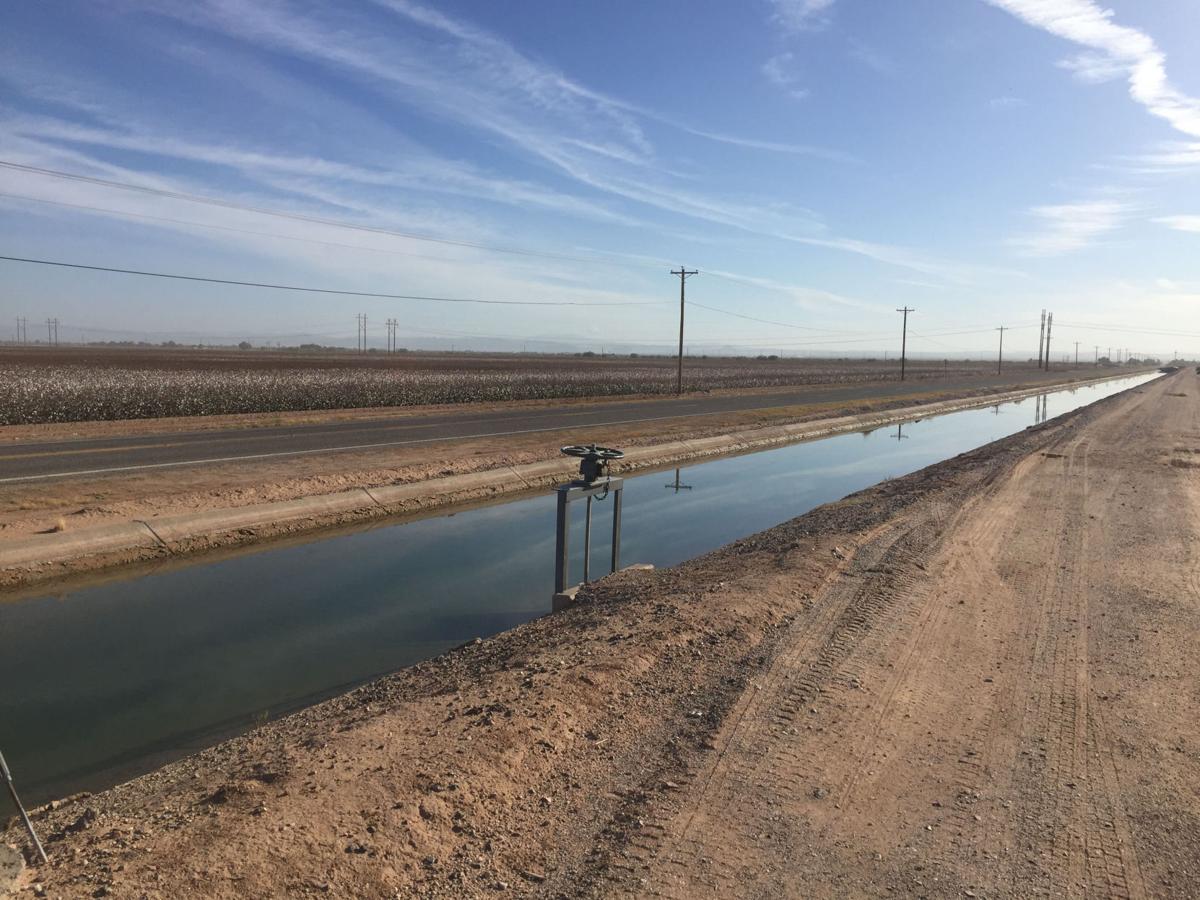 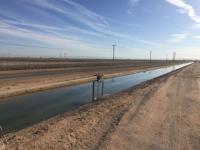 Farmers in Pinal County take the brunt of water cuts under a drought-mitigation plan. 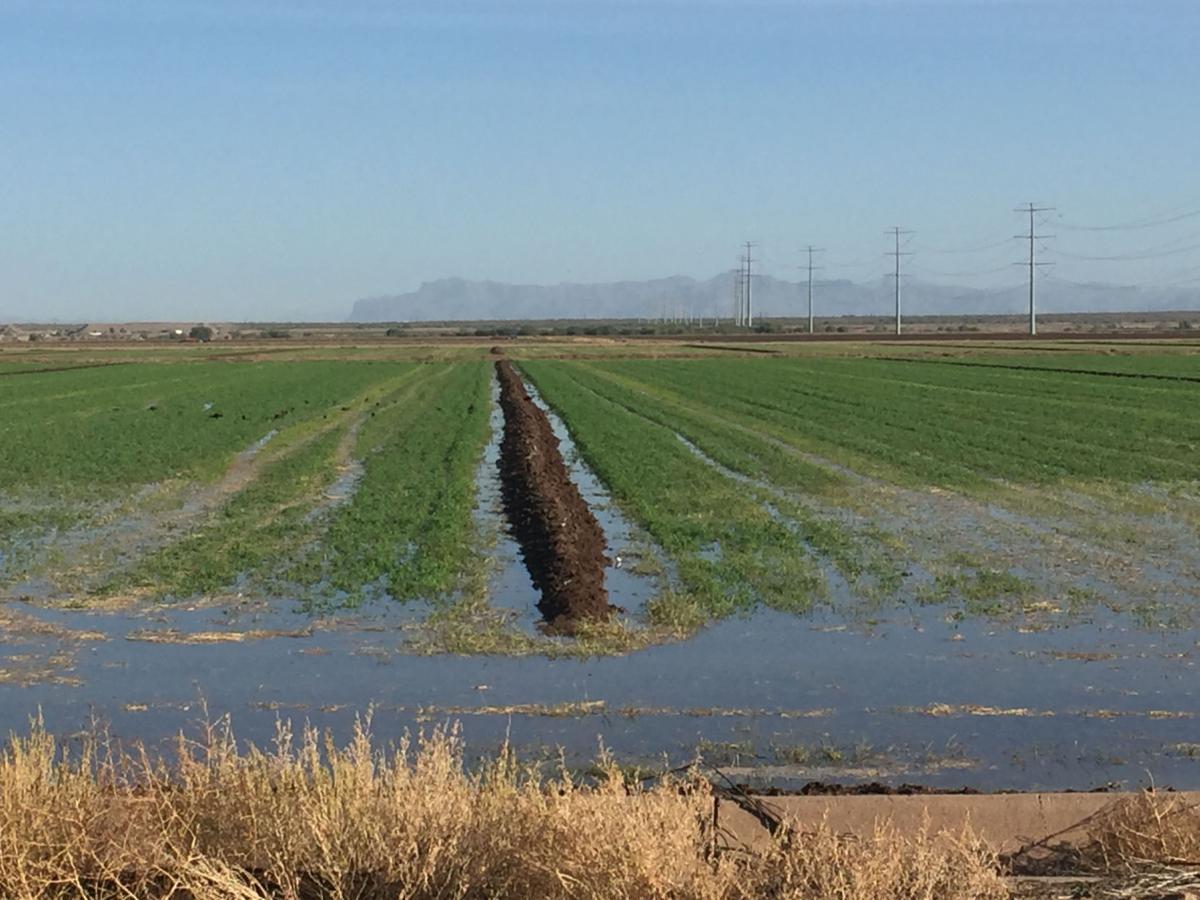 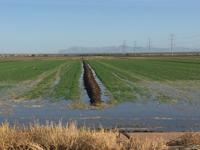 Farmers in Pinal County would take the brunt of water cuts under a drought mitigation plan. 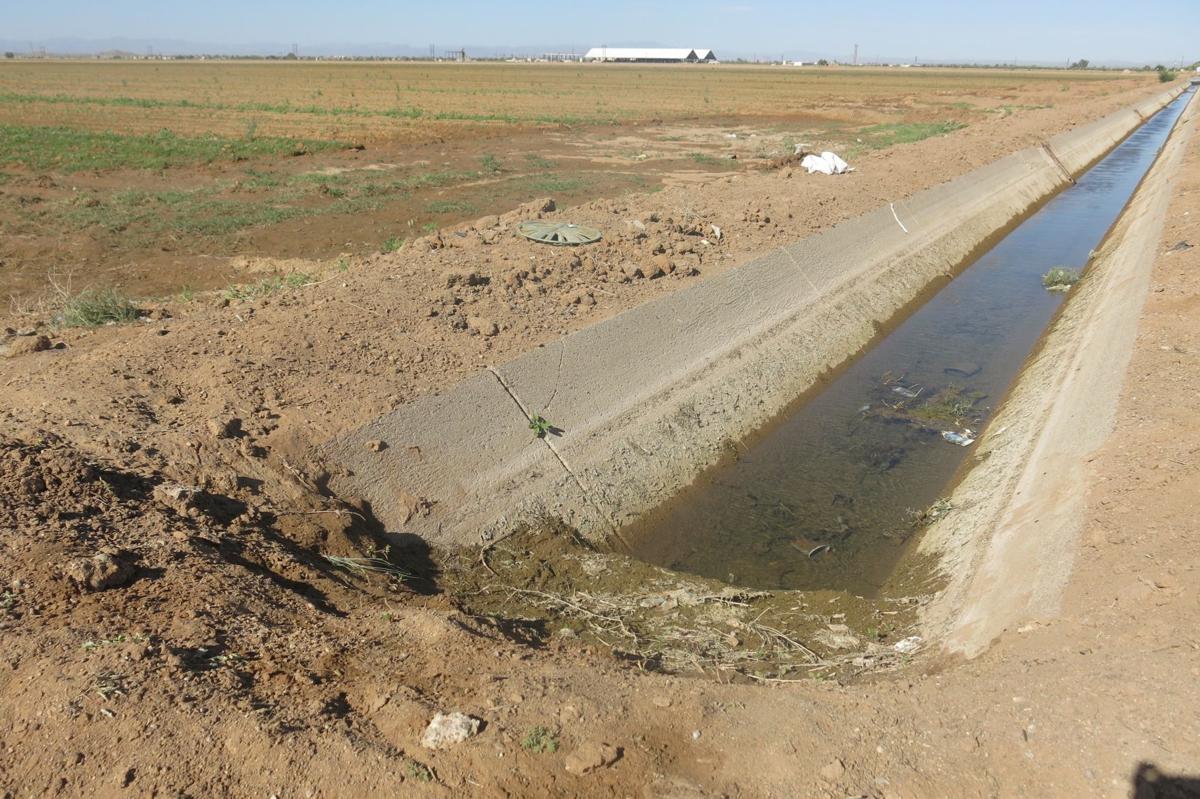 Water has become more scarce for Pinal County farmers, a problem that could be compounded by restrictions out of the Colorado River.

A study shows that Pinal County does not have enough groundwater to meet its long-term needs.

Farmers in Pinal County take the brunt of water cuts under a drought-mitigation plan.

Farmers in Pinal County would take the brunt of water cuts under a drought mitigation plan.

Water has become more scarce for Pinal County farmers, a problem that could be compounded by restrictions out of the Colorado River.

CASA GRANDE — The long, hot summer with few monsoon rains continues to remind Pinal County residents, and especially farmers and ranchers, about the preciousness of water in a desert climate.

This year, ranchers are on the edge of having to make a decision on whether to buy feed and haul water for their animals, but most farmers’ crops are still doing OK, said Richie Kennedy, president of the Pinal County Farm Bureau. Kennedy, who grew up in the area, grows crops and raises cattle in both Pinal and Maricopa counties.

The future of both residential and industrial development and agriculture in Pinal County depends on the availability of water, but no one is really sure how much water is available.

Pinal County agriculture gets a large amount of its water from the Central Arizona Project but that source may be limited. Under a 2004 settlement, all CAP water for Pinal County farmers is supposed to end in 2030, but the new Lower Basin Drought Contingency Plan that was signed in 2019 may reduce that supply of Colorado River water faster than farmers expected.

The Drought Contingency Plan is an agreement between Arizona, California and Nevada to reduce the amount of water taken from Lake Mead if the level in the lake falls below a certain level, such as during a drought. The first in line to take a cut in CAP water supply should Lake Mead fall below that level would be Pinal County farmers.

The U.S. Bureau of Reclamation’s April 24-month study projects that Lake Mead will likely stay in the Tier Zero of the Drought Contingency Plan’s water restrictions in 2021 and 2022. That tier requires Arizona to take a 192,000 acre-foot reduction in its 2.8 million acre-foot allotment of Colorado River water. Those reductions will fall entirely on CAP supplies, according to the Arizona Department of Water Resources.

As part of the DCP agreement, Arizona agreed to allow irrigation districts to pump more groundwater for farmers to help replace some of the CAP water.

But, ADWR released a new groundwater model for the Pinal Active Management Area last year that shows that there may not be enough groundwater to sustain as much residential development in the area as was believed earlier. There are five active management areas in the state, located in the Phoenix, Pinal, Prescott, Santa Cruz County and Tucson areas. The plans were created under Arizona’s 1980 Groundwater Management Act. The plans are designed to control the use and encourage the conservation of groundwater in those locations.

Local water users, including farmers, municipal water suppliers and developers have questioned some of the calculations behind ADWR’s new groundwater model.

There are areas in the Pinal AMA that have issues with access to groundwater, Kennedy said. But there are also other areas that have no problem with groundwater access. ADWR’s model seems to apply that groundwater access problem to every well in the AMA. It doesn’t take into account that a farmer, irrigation district or municipal well owner might just drill the well deeper or drill an entirely new well.

It also doesn’t seem to take into account that the cost of water and the cost of electricity to pump it is an incentive that pushes farmers to become more efficient, he said. For example, a farmer may stop irrigating a field that has a crop that is struggling because of drought or something else, because he knows he’s not going to get a good price for that weak crop.

Miller is one of three co-chairs of Pinal Stakeholder Group that was created to study the situation by the Arizona House Ad Hoc Committee on Groundwater Supply in Pinal County chaired by Rep. David Cook. The other co-chairs are Bill Garfield of Arizona Water Company and Jake Lenderking the director of Water Resources at Global Water.

Miller believes that, while there is a finite amount of water available, the AMA and the county are not in as dire straits as the ADWR model makes things out to be.

The state, county and AMA have some time to come up with a plan to meet that unmet demand of 8 million acre-feet of water, he said.

The stakeholders group has been meeting since the end of last year and is working on a series of short- and long-term solutions to the county’s water problems. Miller said the group also meets regularly with representatives from ADWR to discuss possible solutions.

One solution that the group plans to present to the Legislature in the next session would allow developers who currently have a certificate of assured water supply from ADWR to modify the building plan for their project, as long as the amount of water for the project does not increase.

Developers who want to build a residential subdivision in an AMA have to get a certificate of assured water supply in order to start building. In order to get the certificate they have to prove to ADWR that there is enough water in the area to serve the project’s needs for the next 100 years. ADWR has put the approval process for new projects in the Pinal AMA because the department doesn’t believe there is enough groundwater to support these projects for the next 100 years.

Developers who have a certificate can build but if they want to make changes to their project, such as taking out a golf course or reducing the number of homes in the development, they have to get a new certificate from ADWR, Miller said.

The stakeholder group is proposing a change to state law that would allow the developer to keep the existing certificate as long as any changes made to the building plan didn’t exceed the amount of water they were originally allotted.

There are numerous other possible solutions that the stakeholder group is working on, Miller said. There isn’t one solution that will solve all of the state’s, county’s or AMA’s water problems.

“It’s not going to happen overnight,” he said. “It will require multiple tools to resolve it and we’re committed to coming up with a solution.”

CASA GRANDE — A summer of prolonged record heat could have been disastrous to cotton. But thanks to low humidity in another mild monsoon seaso…

FLORENCE — Pinal County is “moving in the right direction” on COVID-19 testing, County Manager Louis Andersen told the Board of Supervisors We…