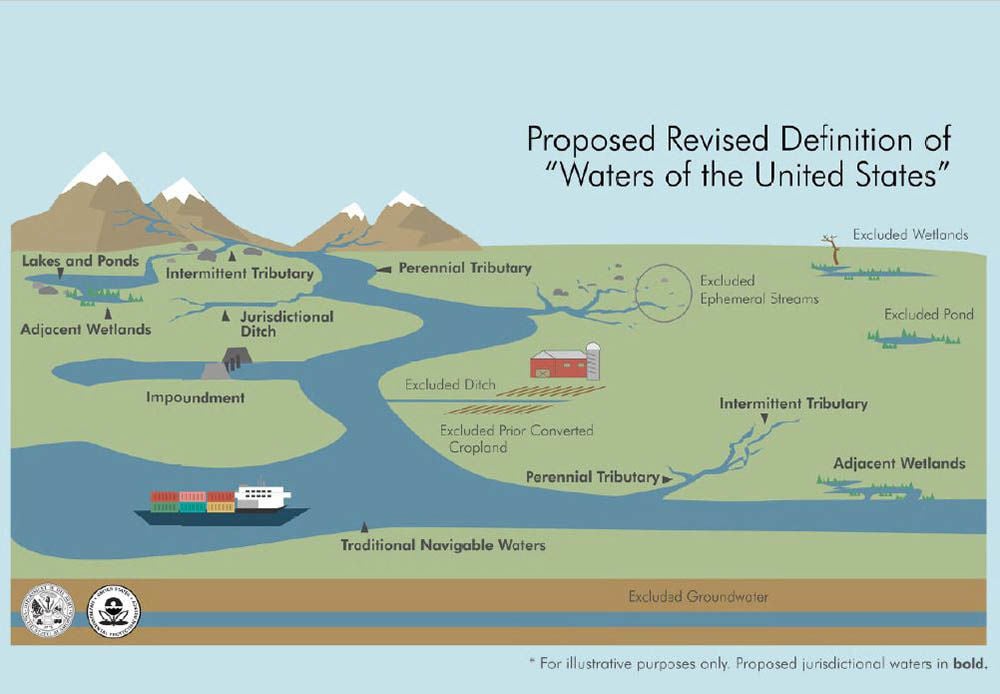 A government graphic shows areas in bold that would still be regulated under a revised Waters of the U.S. rule, and more remote areas that would be dropped from regulation under the rule. 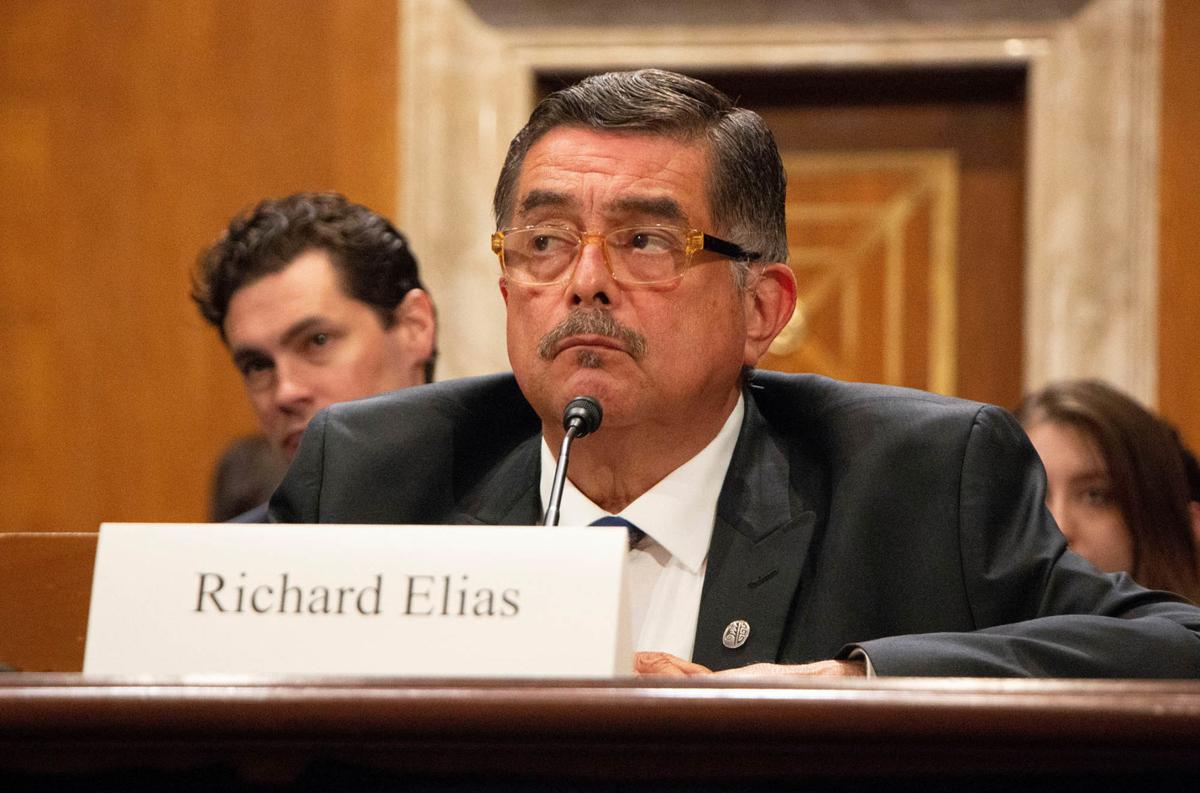 Pima County Supervisor Richard Elias told a Senate committee that problem with water pollution has his county looking to the federal government for protection, under measures like the previous Waters of the United States rule. (Photo by Julian Paras/Cronkite News)

A government graphic shows areas in bold that would still be regulated under a revised Waters of the U.S. rule, and more remote areas that would be dropped from regulation under the rule.

Pima County Supervisor Richard Elias told a Senate committee that problem with water pollution has his county looking to the federal government for protection, under measures like the previous Waters of the United States rule. (Photo by Julian Paras/Cronkite News)

WASHINGTON – A Pima County supervisor told lawmakers Wednesday that a plan to limit the so-called Waters of the United States rule would end up eliminating clean-water protections for “rivers like the Santa Cruz, the Salt, the Gila.”

Pima Supervisor Richard Elias told the Senate Environment and Public Works Committee that states like Arizona need strong federal oversight of the Clean Water Act, which he said would not come under the Trump administration’s proposed revisions to the “WOTUS” rule.

But other witnesses, and GOP senators on the committee, said the old rules unveiled under the Obama administration need to be replaced. Those rules were confusing and imposed an unfair burden on farmers, ranchers and local officials who know best how to protect local waterways.

“It’s crucial that the Trump administration expeditiously repeal the Obama administration’s rule and issue a new lawful definition for waters of the United States,” said Sen. John Barrasso, R-Wyoming, and chairman of the committee.

When it was proposed in 2015 by the Environmental Protection Agency under President Barack Obama, the WOTUS rule was supposed to help farmers and landowners by clarifying which waterways were subject to EPA regulation.

But critics quickly attacked the plan that they said went too far, by including wetlands, ponds far removed from rivers and streams and “ephemeral” waterways – areas that were often dry but carried water at some time during the year.

Farm states sued, blocking implementation of the rule in many states until President Donald Trump in 2017 ordered his EPA to revise the regulation to “promote economic growth and minimize regulatory uncertainty.”

Farmers and agriculture workers welcomed the revisions, saying the old rules could have made them liable for fines – potentially in the millions of dollars, they claimed – for simply doing work on irrigation ditches or ponds on their own land.

“Farm Bureau cannot overstate the importance of a rule that draws clear lines of jurisdiction that farmers and ranchers can understand without needing to hire armies of consultants and lawyers,” Todd Fornstrom, president of the Wyoming Farm Bureau Federation, said in his prepared remarks.

The Trump administration plan, unveiled in 2018, would restrict the rule to navigable waters, such as constant flowing waters, streams and rivers, or other surface waters.

But environmentalists call that change “short-sighted,” saying it does not take into account underground aquifers and will allow dumping in still-water sources that could easily contaminate other waters used for drinking and farming.

Elias said that is the case in his county, where he said groundwater pollution from industrial solvents in the 1950s wound up injuring or killing people decades later, including friends of his.

“There’s been a lot of communities poisoned by discharges from Air Force bases, military institutions as well as the various mines and mineral exploration operations in the state of Arizona,” Elias said after the hearing.

Emily Knobbe, an EPA Policy Specialist Emily Knobbe for the Center for Biological Diversity, said that if the Trump administration changes go through, the country “will see a lot of increased pollution.” She also disputed opponents’ claims that the Obama-era rules have harmed landowners.

“The burden that the people who support the Trump proposal, from our standpoint, is very overblown,” said Knobbe, emphasizing that any burdens would be minor compared to the harm that could come from polluted waterways.

But Fornstrom testified that the old rule was “marked by uncertainty, ambiguity and inconsistency.” He and others say state and local officials – and farmers themselves – are in the best position to know how to protect waterways, not the federal government.

In a statement on its site, the American Farm Bureau Federation said the Obama-era rules expanded “federal jurisdiction far beyond what was authorized by Congress, resulting in the imposition of burdensome requirements, widespread uncertainty and legal risk for farmers and ranchers.”

WOTUS remains a controversial rule – the latest proposal has drawn more than 613,000 comments from the public.

While everyone at Wednesday’s hearing agreed they want clean water, they differed on the amount of regulation. Supporters of the Trump plan said landowners would still be subject to the federal Clean Water Act, but critics of the change said otherwise.

Elias testified that two-thirds of states, including Arizona, have laws requiring that state or local water-quality rules be “no more stringent than” the federal Clean Water Act. He stressed that states do not have the kind of power needed to protect fragile areas like the Sonoran Desert, which he said would be protected by the Obama rule.

“In my homeland, much of this habitat and these wildlife corridors are intermittent or ephemeral waterways, they require legal protection,” Elias said. “It’s a very complicated issue because you need to take into account all the different geographic changes throughout the country.”