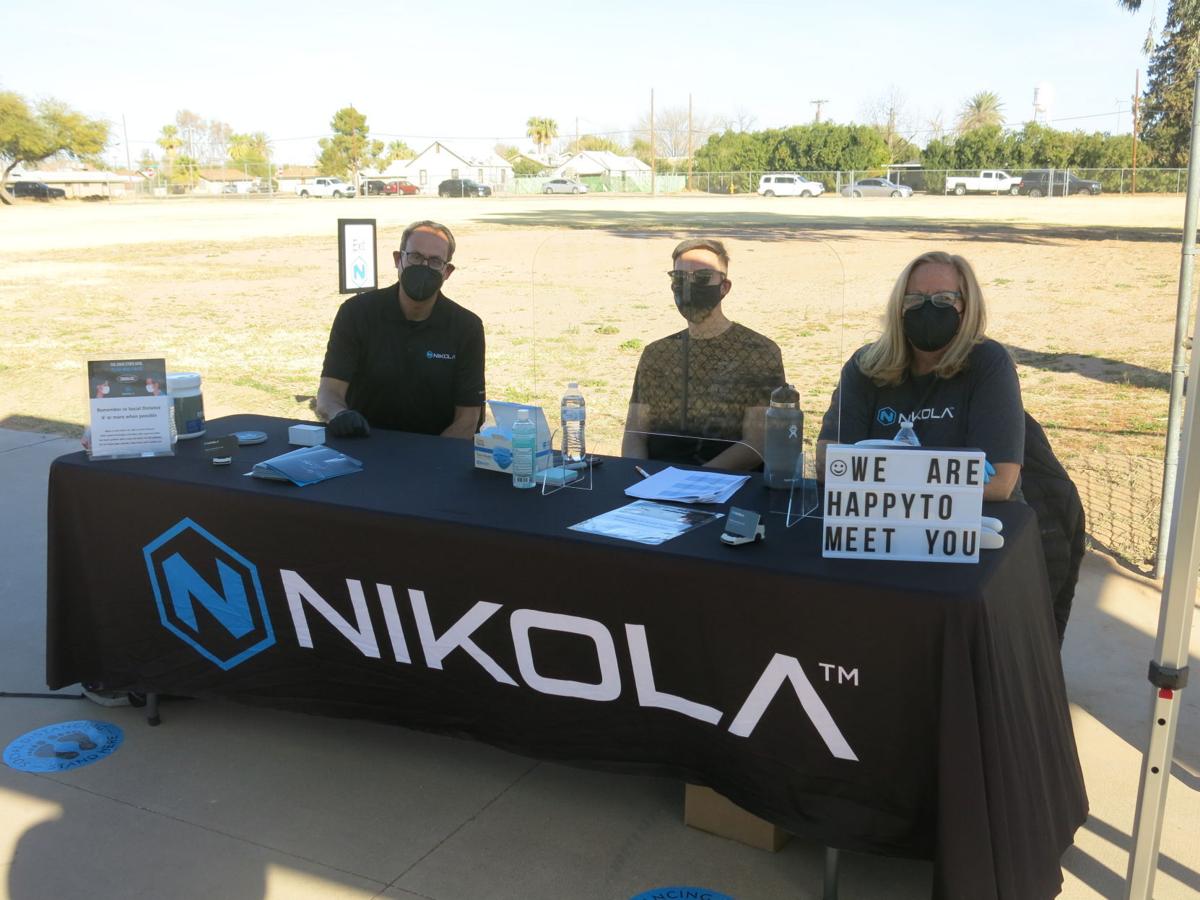 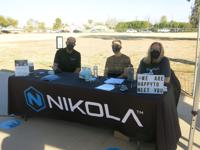 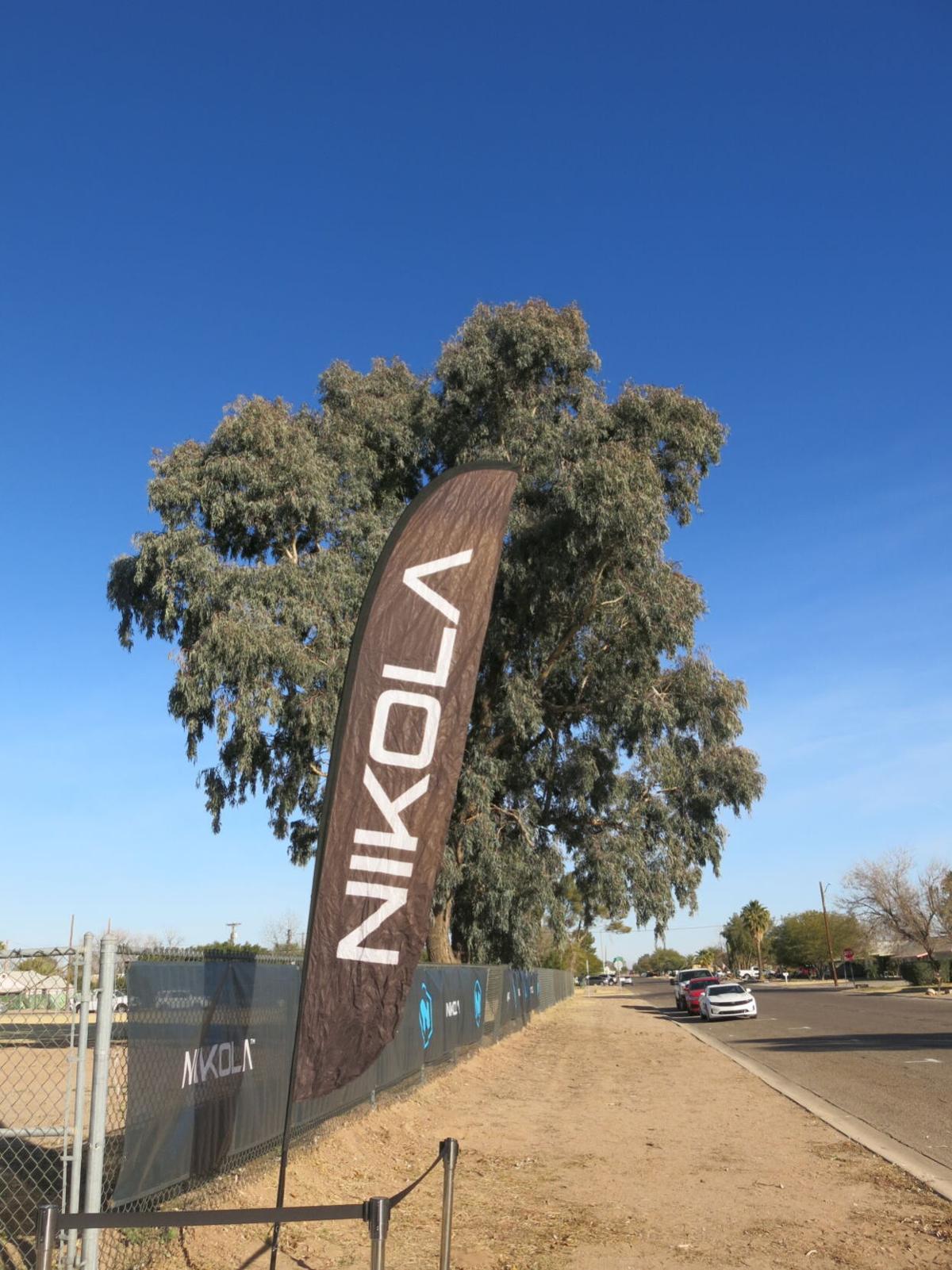 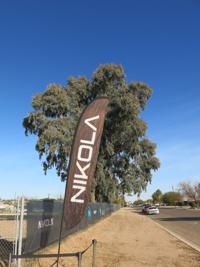 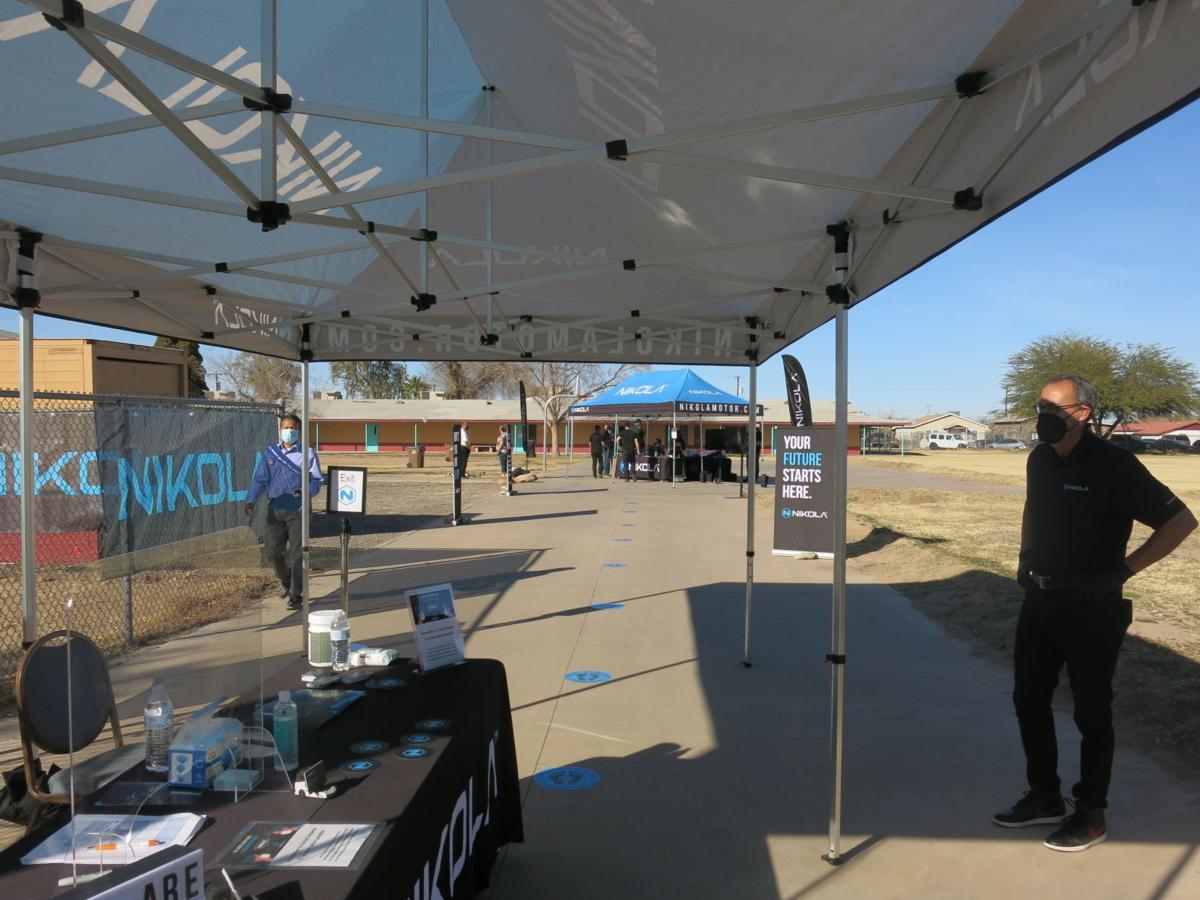 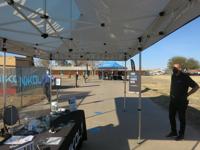 While the “meet and greet,” adjusted for pandemic safety protocols, brought people from different localities and backgrounds, a common theme was their feeling that Nikola represented a bright future for the area.

“This is the next wave of transportation,” said Manuel Ramirez, a Queen Creek resident who works in construction. “Everyone is hyped about this rejection of greenhouse gases, and I think it would be a great opportunity for the area to have a company do something tech-wise.”

Ramirez described the Nikola representatives as creating “a really good atmosphere” and being “genuinely interested and excited.”

Coolidge resident Ivan Pena, who along with his son Ivan Jr. has a background in information technology, was also intrigued by the technology factor.

“The fact that Nikola can represent Coolidge is kind of an exciting prospect,” the elder Pena said. “The last time anything large happened, we got a Walmart. This has a lot bigger magnitude than anything I’ve experienced, and I’ve been here most of my life.”

The event drew both younger, early-career job seekers and some like Theo Van Dyne of Eloy, who said that he was “at the twilight of my career” but nevertheless saw an opportunity to utilize his experience in data networking.

Van Dyne said he and his wife are excited to live in the area, with both Lucid and Nikola moving forward.

Nikola human resources chief Joseph Pike said he was pleased that the company was able to work around COVID-19 circumstances to hear from people. Pike also said they were excited about how many people with relevant manufacturing experience showed up.

“We continue to be impressed at the level of community engagement,” Pike said, “We were pleasantly surprised at the diversity in ages and backgrounds of the attendees. It’s encouraging how eager people are to be part of the momentum and excitement that’s building.”

Nikola plans on having several more hiring events, and Pike said the company is planning a virtual hiring event for February as it looks to fill roles for manufacturing technicians, mechanics and production supervisors.

The Nikola manufacturing plant, which began vertical construction last month, has plans to eventually produce two types of trucks and over the long-term would have more than 1,000 employees. The company hopes to fill positions in April and to begin manufacturing trucks later in 2021.

Nikola optimistic as it shifts focus in new year

COOLIDGE — Over the past few months, Nikola Corporation has adjusted its future truck plans, curtailing plans with GM and canceling a refuse t…