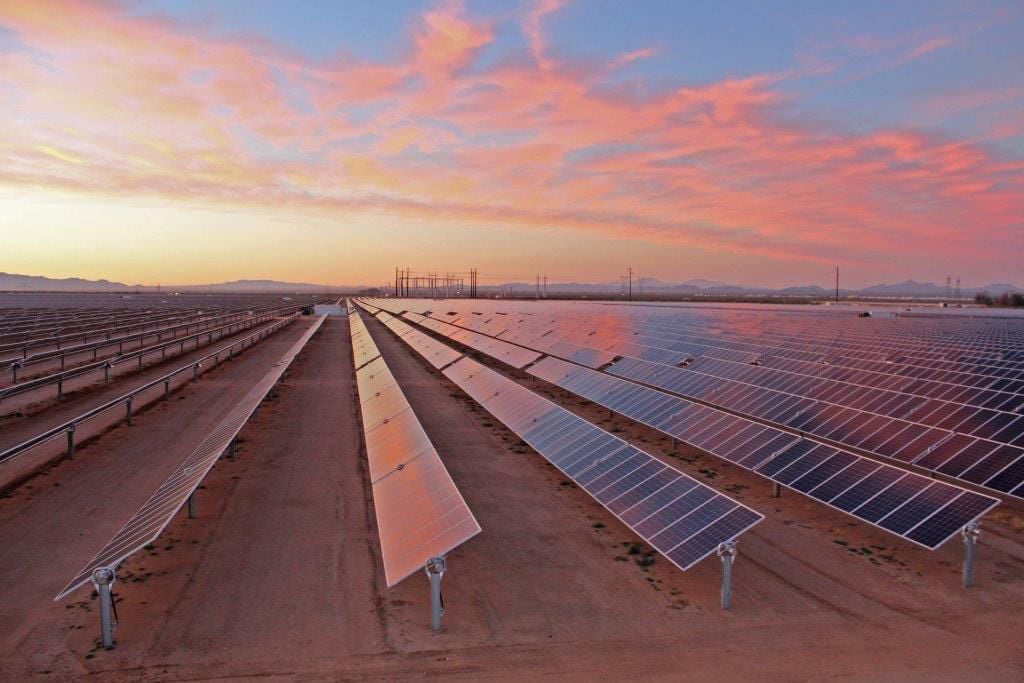 The Red Rock Solar facility is located on 400 acres about 30 miles south of Casa Grande. It is the largest Arizona Public Service Co. solar plant to date with 2,286 single-axis trackers supporting 182,880 photovoltaic panels 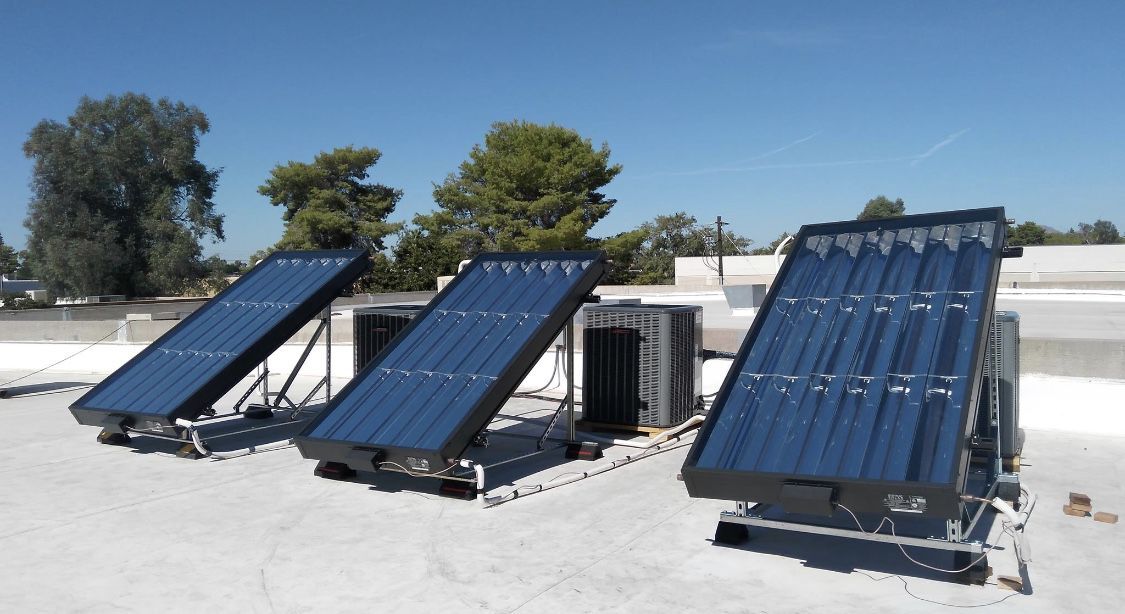 A single panel like one of these can be installed on a roof to provide the electrical power for an air-conditioning system.

The Red Rock Solar facility is located on 400 acres about 30 miles south of Casa Grande. It is the largest Arizona Public Service Co. solar plant to date with 2,286 single-axis trackers supporting 182,880 photovoltaic panels

A single panel like one of these can be installed on a roof to provide the electrical power for an air-conditioning system.

COOLIDGE — As sustainability becomes more of a focus for businesses, and with electric vehicle companies such as Lucid and Nikola coming to Pinal County, Arizona Public Service Co. is taking steps to help its electricity customers incorporate more green energy.

APS Community Affairs Manager Richard Rosales, who gave a talk on the program last week for the Coolidge Chamber of Commerce, said the idea, which is a collaboration with environmental groups, was planned after several successful in-person events in Phoenix and Prescott.

“It’s a way to give small businesses an opportunity to be more sustainable,” Rosales said. “They can use the certificate in their marketing, look at ways of being more green. Energy efficiency is a major part of that outlook.”

According to Rosales, APS made a clean energy commitment this year to produce 100% clean energy by the year 2050.

Between closures of major coal plants around the state and the opening of the Red Rock Solar facility several years ago between Casa Grande and Tucson, Rosales said he feels APS is taking significant steps toward that goal.

“It’s in our thought process of everything we’ve been looking at now,” Rosales said.

One misconception Rosales suggested businesses still have about sustainable practices is that making adjustments would be expensive. Between saving money on electric bills, or adjusting where products are sourced from, Rosales said initial costs — the training program itself is free — are outweighed by the benefits, even in the short term.

“Obviously, we want a greener, cleaner community,” Rosales said. “Consumers are more conscientious about shopping at sustainable businesses. We want to help them capture that market.”

For APS, the biggest challenge with solar — wind is currently not a scalable option for Arizona — is to develop batteries that can match peak power demand with peak solar input. Rosales said solar production peaks in the late afternoon, while peak electricity demand occurs in the evening. California has tried to deal with its overproduction of solar by exporting the energy at low rates; Rosales said APS is trying to avoid that option.

Rosales mentioned using effluent water to help generate electricity or pumping stored water through hydro-turbines as other energy initiatives. The Palo Verde Nuclear Generating Station west of Phoenix is the country’s only nuclear power plant that is not located on a body of water.

“There are some really interesting innovations out there,” Rosales said.

Rosales mentioned Coolidge as an area that’s already increased its solar capacity in recent years. During his State of the City speech, Mayor Jon Thompson cited the potential increase in solar projects of up to 6,000 acres. Part of that is due to farmers leasing out their land because of drought conditions.

APS also has a “Take Charge AZ” pilot program designed to install and maintain free electric vehicle charging equipment for businesses. Rosales said that APS also just was approved for a “solar communities” program that would work with multifamily units to install covered parking or, on a limited basis, rooftop solar units.

The Coolidge Chamber of Commerce has agreed to help promote the program locally. Although the chamber was still gauging local interest in the program, APS said that its goal is to educate at least 1,000 businesses statewide with “Going Green & Going Smart.”

For information on the program, interested businesses and residents can go to greenbizaz.com.