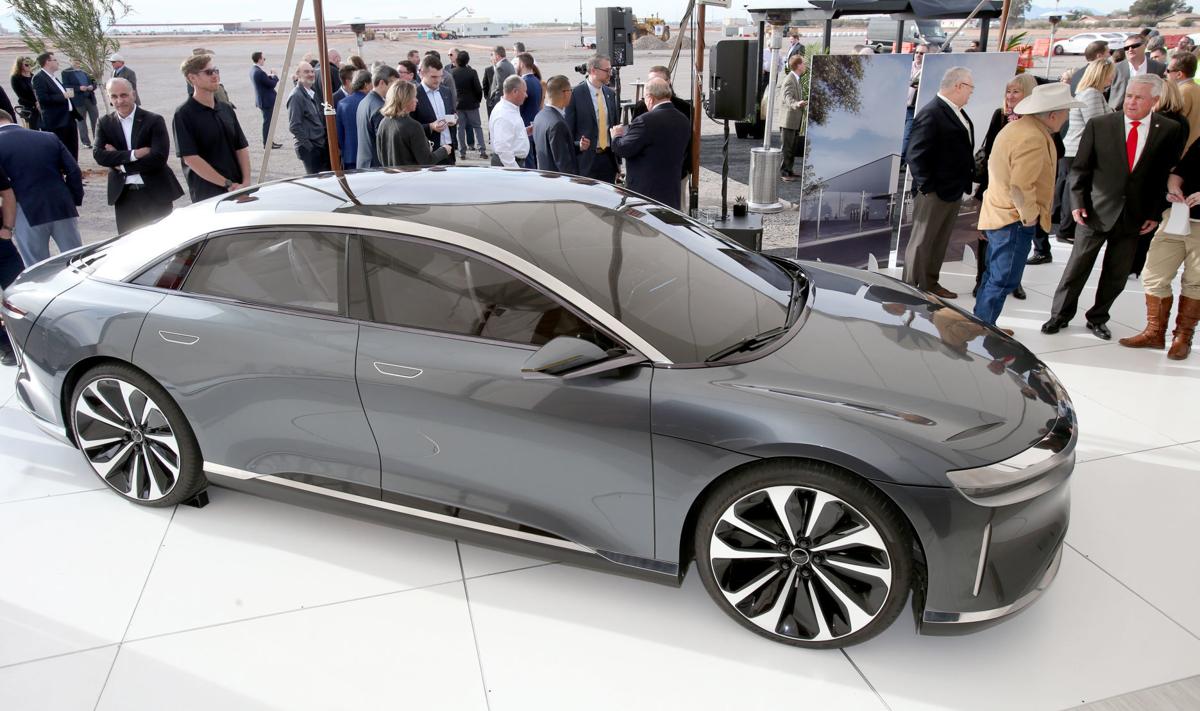 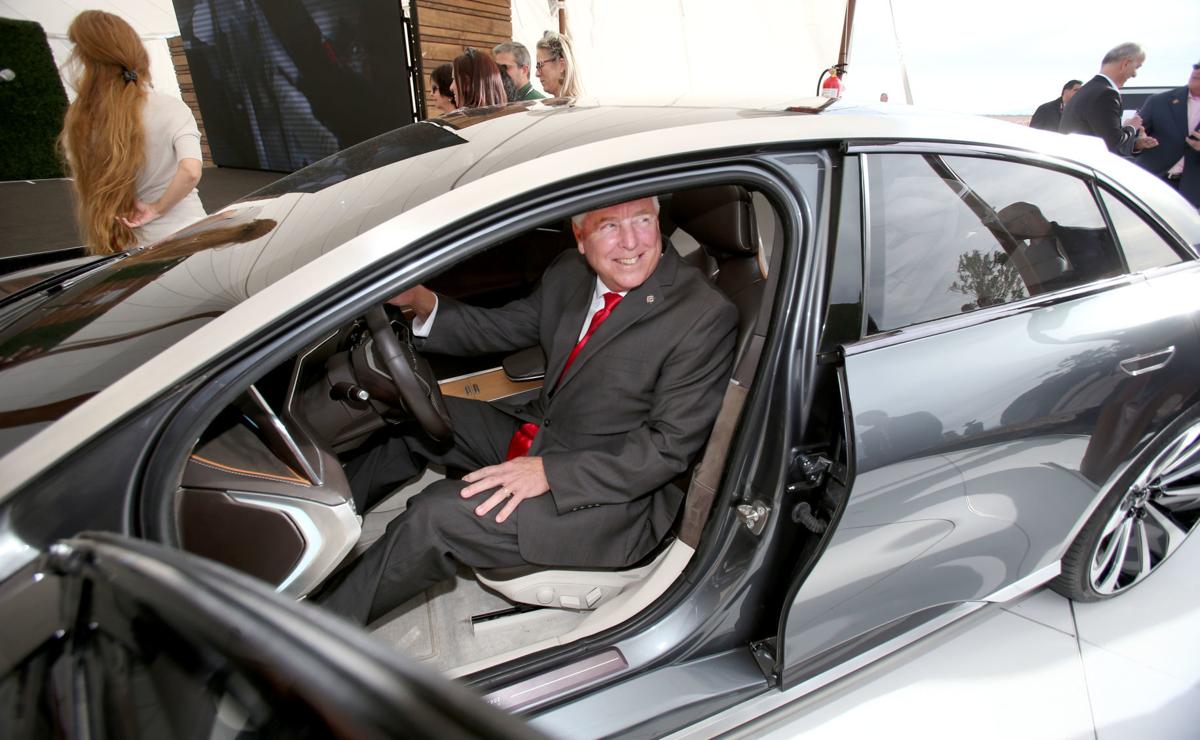 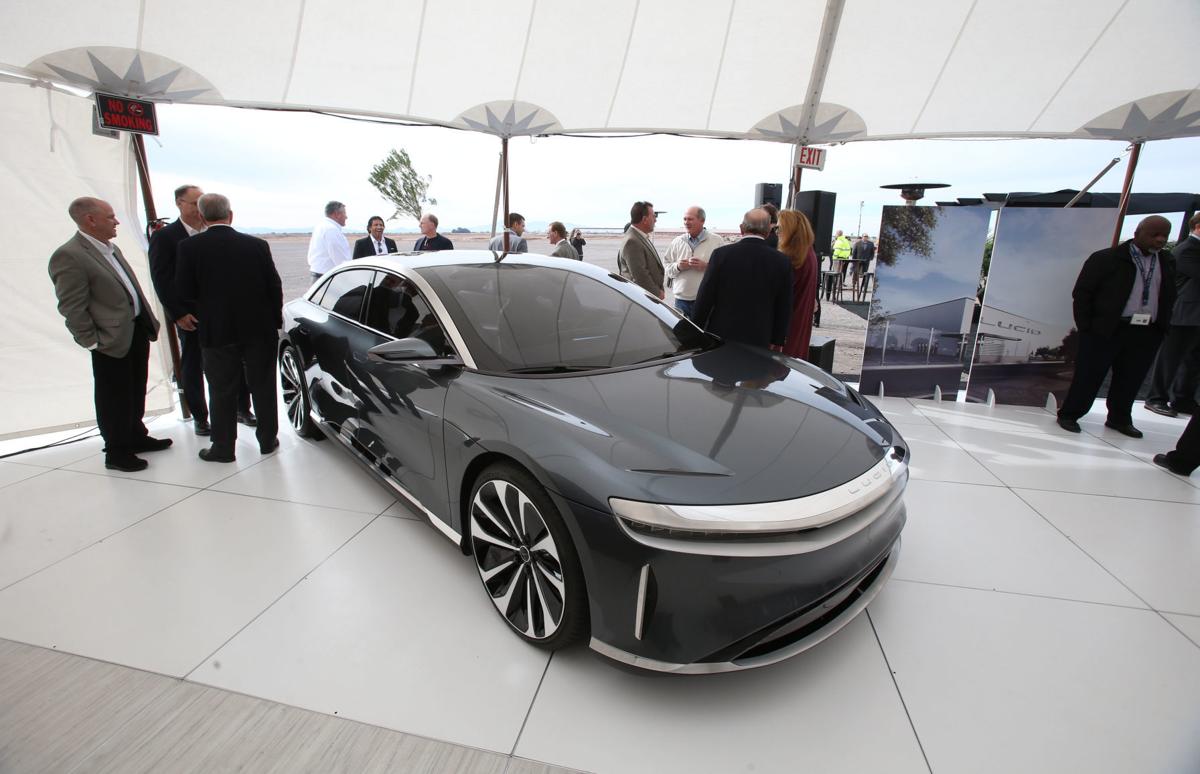 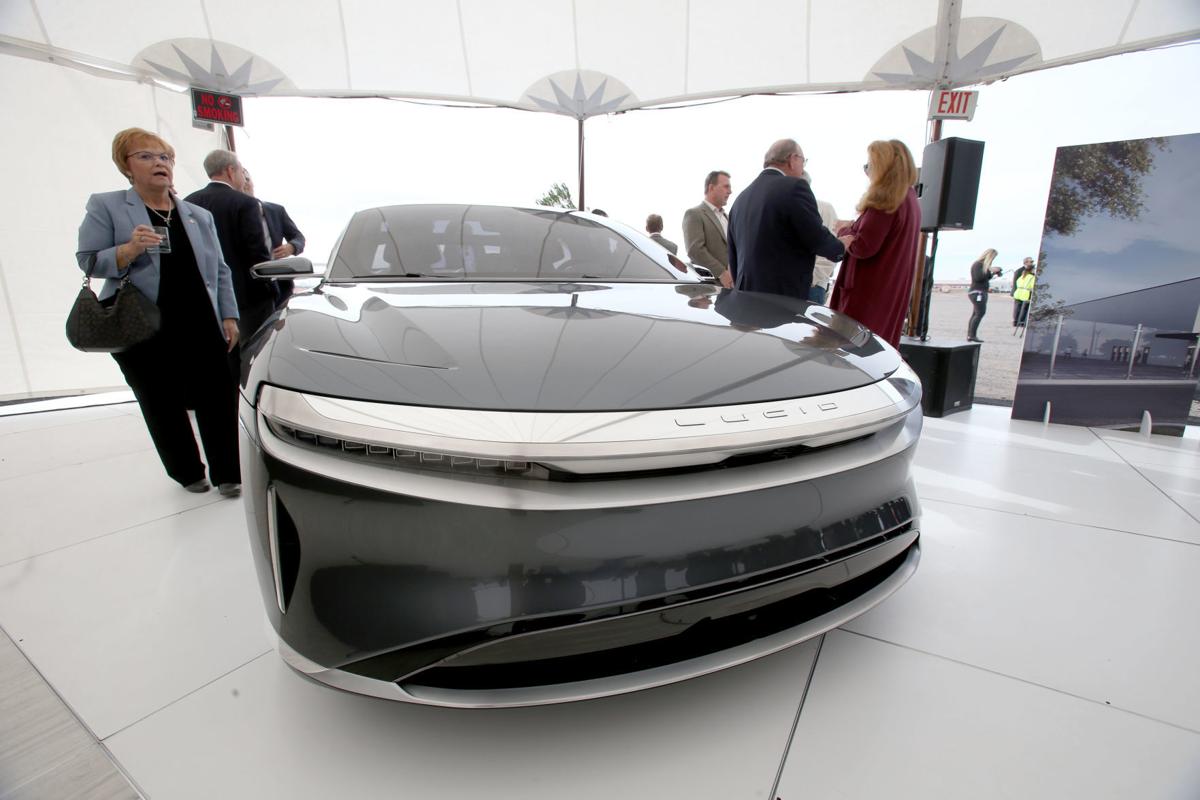 CASA GRANDE — Lucid Motors is planning the grand global reveal of the final form of its electric luxury sedan, the Air, in April in New York.

The global reveal ceremony will include more information on the various configurations, various trim packages available and pricing information. Lucid has already revealed that customers can choose from two different types of rear seating, a panoramic sunroof, all-wheel or rear-wheel drive and different battery packs.

The car is expected to cost between $60,000 for the base model to more than $100,000 depending on the options chosen by the customer.

In an email to customers, the company stated that it is currently building 80 beta prototypes of the car at its Silicon Valley headquarters. The beta prototypes’ software and physical frame will be tested for traction, braking, steering, durability and crash testing.

The first of the 80 beta prototypes rolled off the Silicon Valley line in November and is “95% production-representative,” according to Lucid’s website. Workers hired for the Casa Grande factory, where the luxury electric sedan will be manufactured for customers, were at the Silicon Valley site to watch and learn from the production of the beta prototypes. The prototype team included recent graduates from Central Arizona College’s Automated Industrial Technology program, according to Lucid’s website.

The Casa Grande factory is under construction and is expected to start producing the Air for customers in the fourth quarter of 2020. The plant is expected to create 2,000 new jobs and $6.2 million in new taxes for the city. The company plans to manufacture about 130,000 vehicles a year when the plant is finished.

While the latest prototype of the car is being tested, Lucid is planning a nationwide tour this summer to set up dealerships and service locations for its cars. The company has not released information on where the dealership and service centers will be located. The company has been taking reservations for the car for several months. A reservation costs $1,000 and goes toward the final cost of the vehicle.

CASA GRANDE — Luxury car enthusiasts can now reserve their very own Lucid Air. The company a…

CASA GRANDE — Instead of the typical overturning of earth with golden shovels, Lucid Motors …

Lucid CEO believes there is market for electric luxury cars

NEWARK, Calif. — Lucid Motors plans to open nine virtual reality studios to market its luxury car to be built at its manufacturing plant under…