NEWARK, Calif. — An electric car manufacturer with plans to build an assembly plant in Casa Grande has announced that it has signed a $1 billion investment agreement with a Saudi Arabian entity.

Lucid Motors executed the investment agreement with the Public Investment Fund of Saudi Arabia through a special-purpose arrangement, the company said in a press release Monday.

Tesla stock dropped Monday on reaction to the news, the same day that the Saudi fund announced it had taken its first loan, an $11 billion borrowing from global banks, as it tries to expand its investments.

Under the terms of the agreement, the parties made binding undertakings to carry out the transaction subject to regulatory approvals and customary closing conditions.

The agreement represents a major milestone for Lucid and will provide the company with the necessary funding to commercially launch its first electric vehicle, the Lucid Air, in 2020. Lucid plans to use the funding to complete engineering development and testing of the Lucid Air, construct its factory in Casa Grande, begin the global rollout of its retail strategy starting in North America and enter production for the Lucid Air.

The over $1 billion investment easily dwarfs prior funding for the manufacturer and puts Saudi Arabia clearly in the firm's driver seat. Three previous venture funding rounds have netted Lucid Motors some $131 million, according to the business information website crunchbase.com.

The company has a purchase option on 500-plus acres at Thornton and Peters roads planned for the $700 million Casa Grande manufacturing plant. More than 2,000 jobs are expected to be created at the factory by the year 2022.

The investment "will provide the necessary funding to commercially launch Lucid's first electric vehicle, the Lucid Air, in 2020," the sovereign wealth fund said in a statement. "The company plans to use the funding to complete engineering development and testing of the Lucid Air, construct its factory in Arizona, enter production for the Lucid Air to begin the global rollout of the company's retail strategy starting in North America."

"At Lucid, we will demonstrate the full potential of the electric-connected vehicle in order to push the industry forward," said Rawlinson, who worked as the lead engineer of the Tesla Model S before joining Lucid.

The all-electric Lucid Air will have a range of over 400 miles (640 kilometers). The company already is taking deposits for the vehicle, which they've priced at $52,500.

The Saudi announcement comes after Musk on Aug. 7 tweeted that he had "funding secured" to take Tesla private. Investors pushed Tesla's shares up 11 percent in a day, boosting its valuation by $6 billion.

There are multiple reports that the U.S. Securities and Exchange Commission is investigating the disclosure, including asking board members what they knew about Musk's plans. Experts say regulators likely are investigating if Musk was truthful in the tweet about having the financing set for the deal. Musk later said the Saudi Public Investment Fund would be investing in the firm, something Saudi officials never commented on.

Meanwhile, the sovereign wealth fund known by the acronym PIF said it had taken its first loan, an $11 billion borrowing. It did not say how it would use the money, only describing it as going toward "general corporate purposes."

The Las Vegas-based Sovereign Wealth Fund Institute estimates the Saudi fund has holdings of $250 billion. Those include a $3.5 billion stake in the ride-sharing app Uber.

Saudi Arabia's 33-year-old Crown Prince Mohammed bin Salman has talked about using the PIF to help diversify the economy of the kingdom, which relies almost entirely on money made from its oil sales.

Lucid's mission is to inspire the adoption of sustainable energy by creating the most captivating luxury electric vehicles, centered on the human experience. 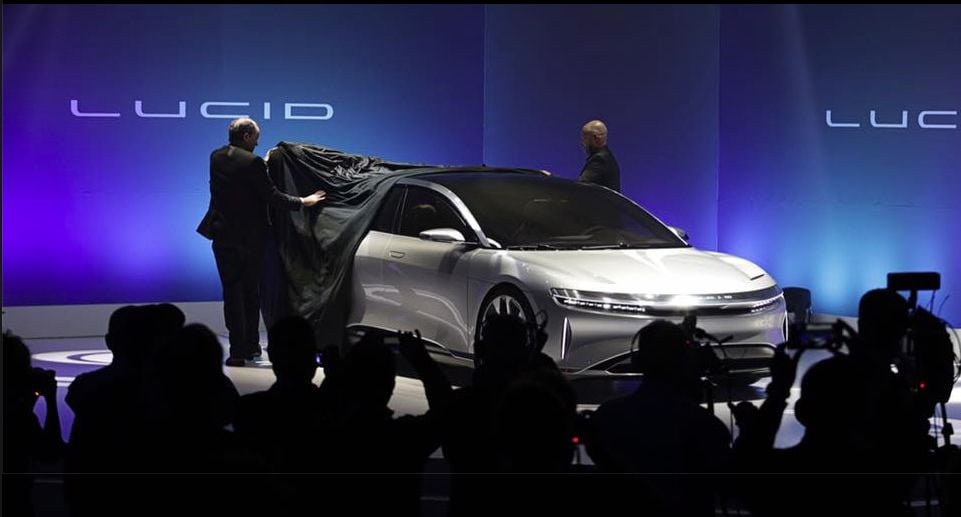 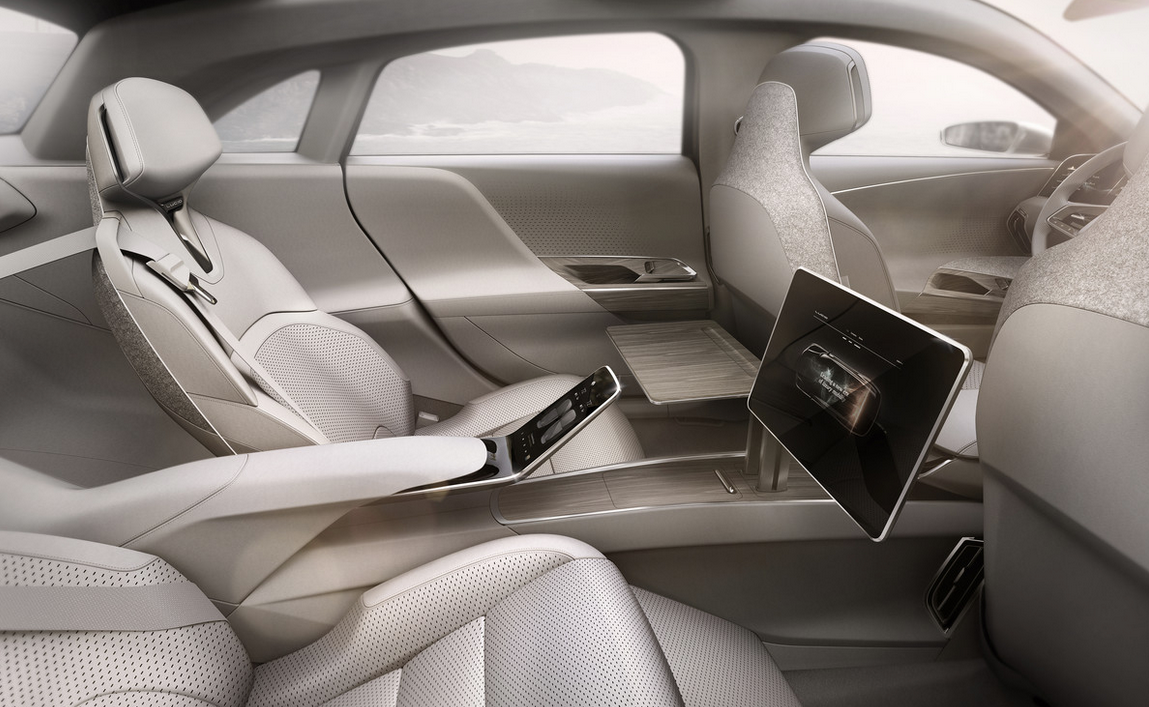 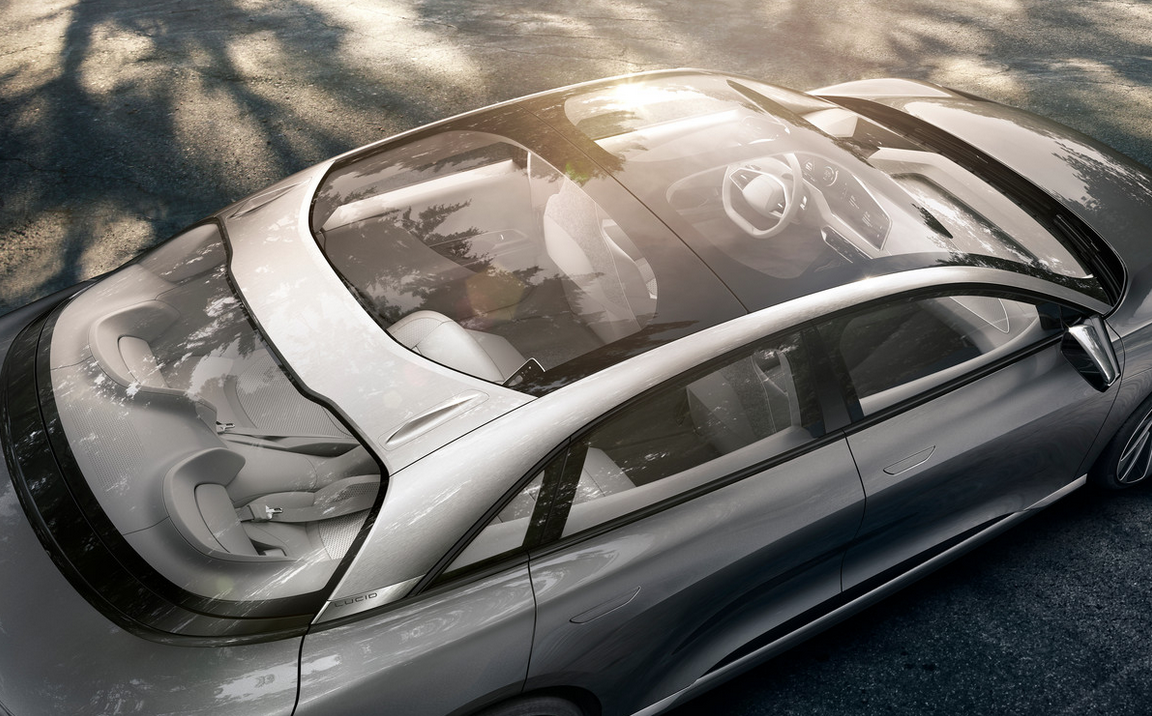 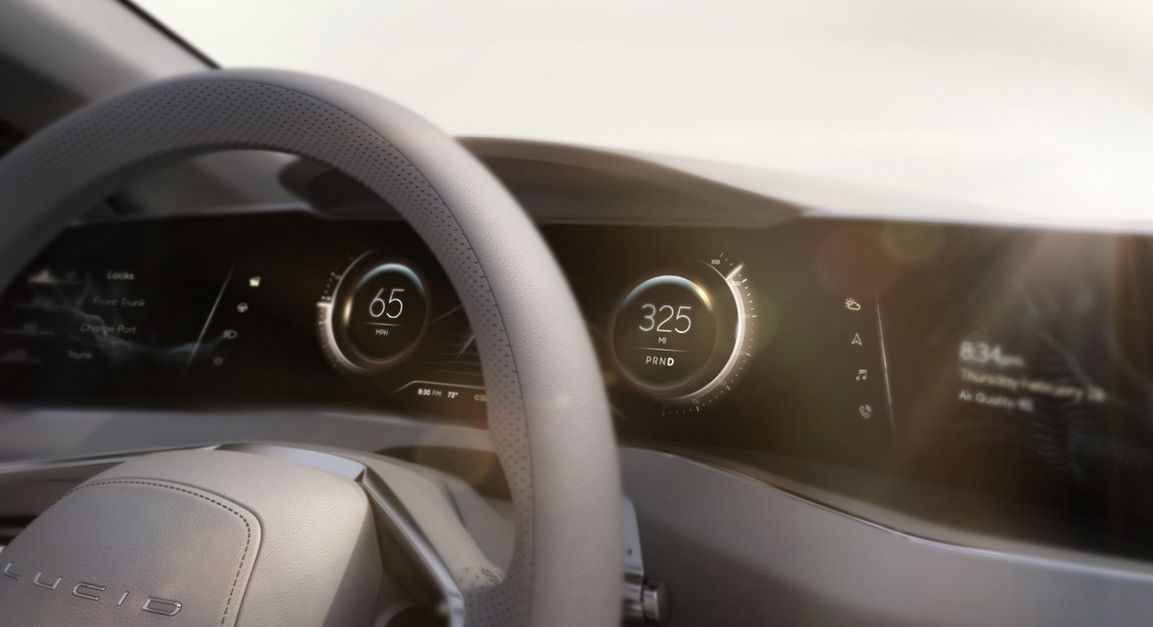 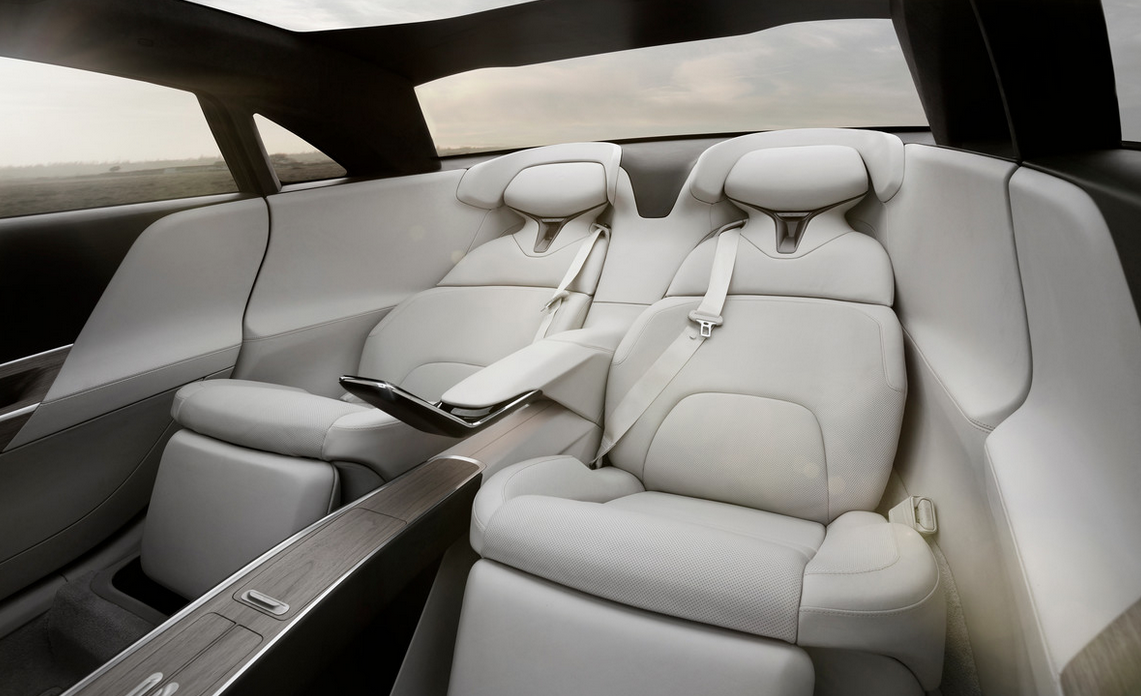 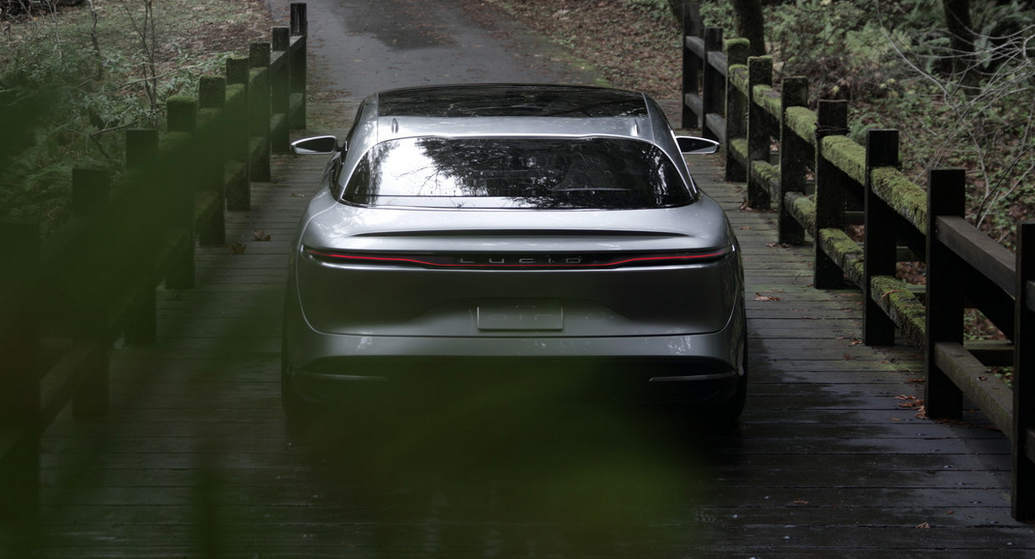 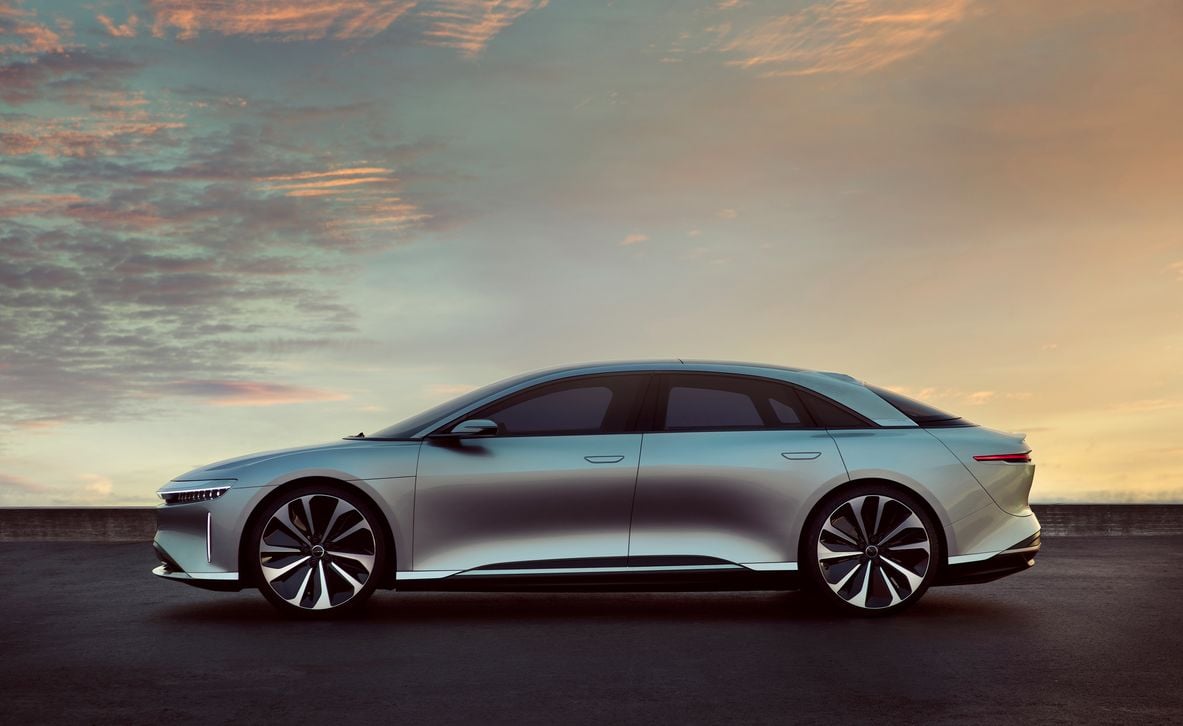 Lucid said the company and its partner are strongly aligned with the vision to create a global luxury electric car company based in the heart of Silicon Valley with world-class engineering talent. Lucid will work closely with its Saudi partners to ensure a strategic focus on quickly bringing its products to market at a time of rapid change in the automotive industry, the company said.

A spokesperson for PIF of Saudi Arabia said: "By investing in the rapidly expanding electric vehicle market, PIF is gaining exposure to long-term growth opportunities, supporting innovation and technological development and driving revenue and sectoral diversification for the Kingdom of Saudi Arabia."

PIF seeks to become one of the largest and most impactful sovereign wealth funds in the world, enabling the creation of new sectors and opportunities that will shape the future global economy, while driving the economic transformation of Saudi Arabia.

To achieve this, PIF is building a world-class, diversified portfolio through investments in attractive, long-term opportunities across sectors and asset classes at both the domestic and international level. Working alongside global strategic partners and renowned investment managers, PIF acts as the Kingdom's main investment arm to deliver a strategy focused on achieving attractive financial returns and long-term value for the Kingdom of Saudi Arabia, in line with Vision 2030.

The Public Investment Fund Program was launched in 2017 as part of the Kingdom's Vision 2030 Vision Realization Programs, or VRP. The PIF Program is one of 12 VRPs and acts as a roadmap for the next three years to strengthen PIF's position as the engine behind economic diversification in the Kingdom and role in transforming Saudi Arabia into a global investment powerhouse.

The program will see PIF's Assets Under Management increase to over $400 billion by 2020 and outlines how PIF aims to complement private sector development in the Kingdom through its new domestic investment, split between PIF's Saudi Holdings, Saudi Sector Development, Saudi Real Estate & Infrastructure Development, and Saudi Giga-Projects.

CG may accept grant for road work at Lucid site

NEWARK, Calif. — Lucid Motors has announced it is relocating to a new headquarters by the en…

Lucid's financing still in the dark

CASA GRANDE — An electric carmaker is one step closer to coming to Casa Grande.

NEWARK, Calif. — An electric car maker with plans to open a manufacturing plant in Casa Grande announced a partnership that will allow owners …

Lucid could get $8M in local tax incentives

CASA GRANDE — The city and county may offer $8.2 million in incentives to the developers of an electric-car manufacturing plant, according to …

CASA GRANDE — An electric vehicle manufacturer is on target for a spring groundbreaking for its proposed Casa Grande manufacturing plant, offi…