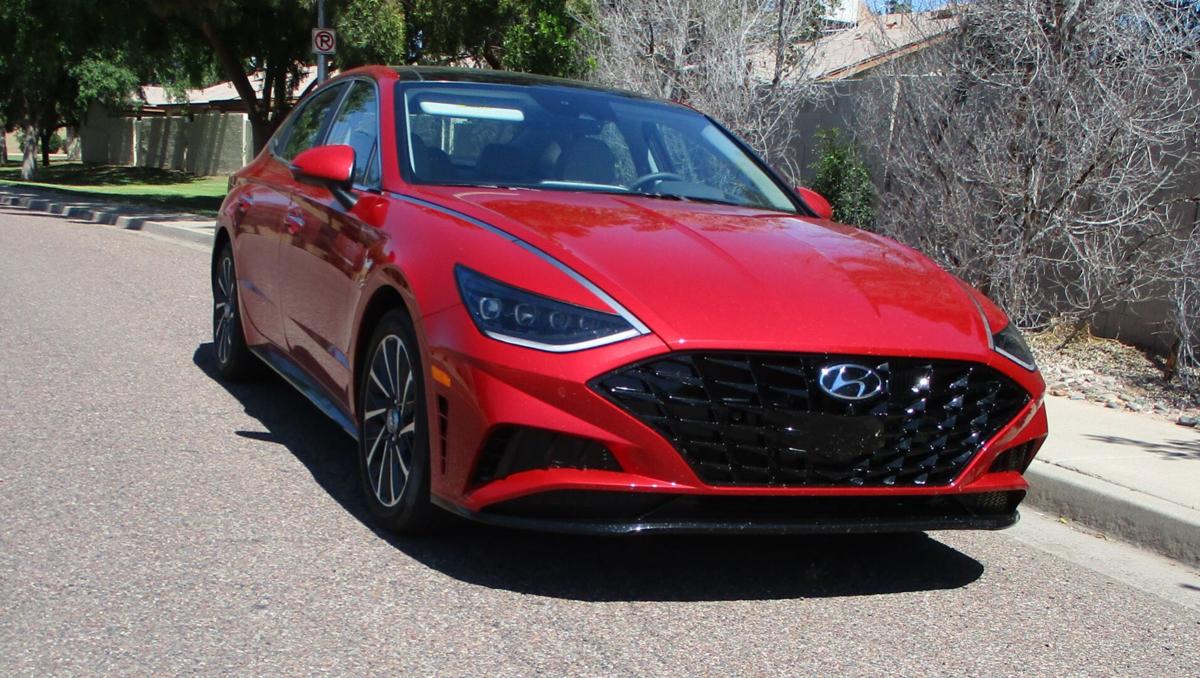 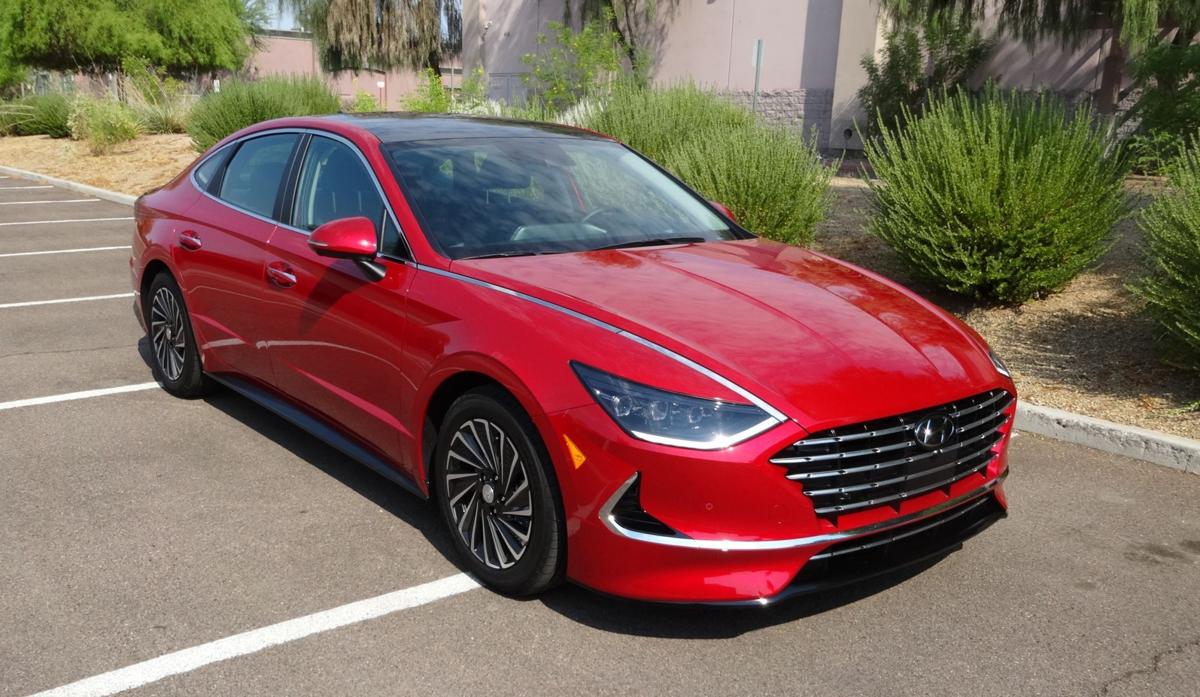 The Korean car makers are getting aggressive in their competition with the Japanese, and their latest entry is the Sonata sedan from Hyundai. This is one of the better-looking vehicles on the road and gets plenty of comments from onlookers. The cabin has a modern appearance that impresses as well.

The base engine is a 2.5-liter putting out 191 horsepower. We got the optional 1.6 turbo, with eight-speed automatic transmission. It cranks fewer horses at 180 but has more torque and better fuel economy, which is listed at 27/36 mpg. We got 34 on highway cruising. A computer program allows drive modes of Normal, Sport, Custom or Smart.

The base price is about $23K, but this is loaded with everything, so it stickers at $34K. This includes some electronic gadgets I won’t use but are here for you. First is the “Super Cruise” system. You just press a button, and the car drives itself on the highway, controlling speed, steering and brakes. It works, but I don’t get the point. What is the driver supposed to do while this is operating? How about reading the newspaper or taking a nap? No thanks. There is also a computer control that backs the car into a parking space on its own, but since the owner’s book was missing, I didn’t have time to figure it out.

Without the gadgets, this is a great sedan to operate. It’s smooth, quick, comfortable and quiet. I put over 800 miles on the clock and would have put on more if time had allowed. Hyundai did a fantastic job here. But wait, there’s more coming up!

A few months later we received another bright red Sonata in our driveway, but it was the new hybrid version. This has a 192-hp engine, with claimed fuel economy of 45 city, 51 highway and 47 overall. Instead of an annoying CVT transmission, we get a real six-speed automatic. This is unusual for a hybrid but is far more pleasurable to use. There is a 205-watt glass solar panel on the roof that can generate up to 800 miles of free electric driving. The start fee is about $28K, but this one is loaded up with everything, so it hit $37K.

We drove this car on every road and weather condition available. Real world economy always stayed between 38/42 mpg. This is not a giant improvement over the non-hybrid Sonata on freeway trips, but 38 in city driving was impressive and significantly better than 27 observed on the previous Hyundai. If most of your commuting is in urban areas, the hybrid is a good way to go.