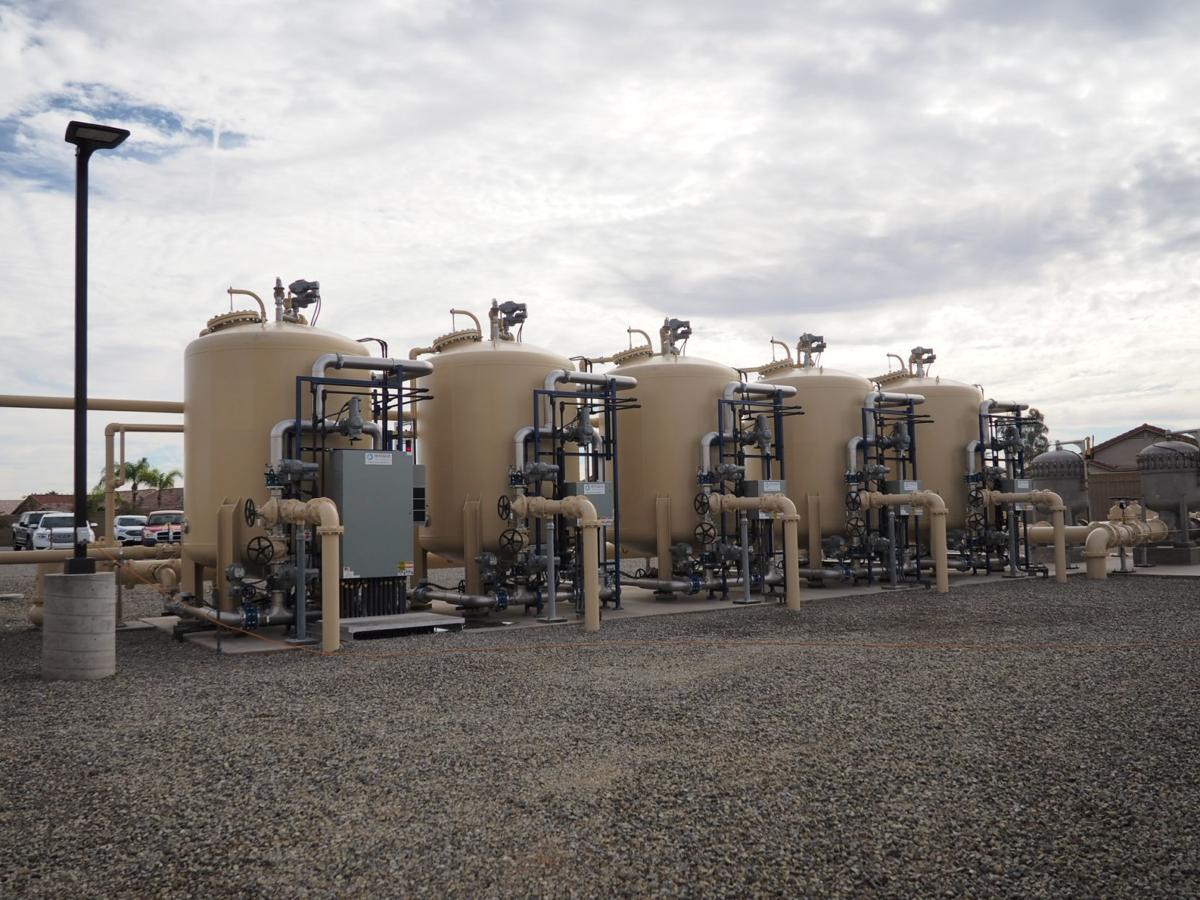 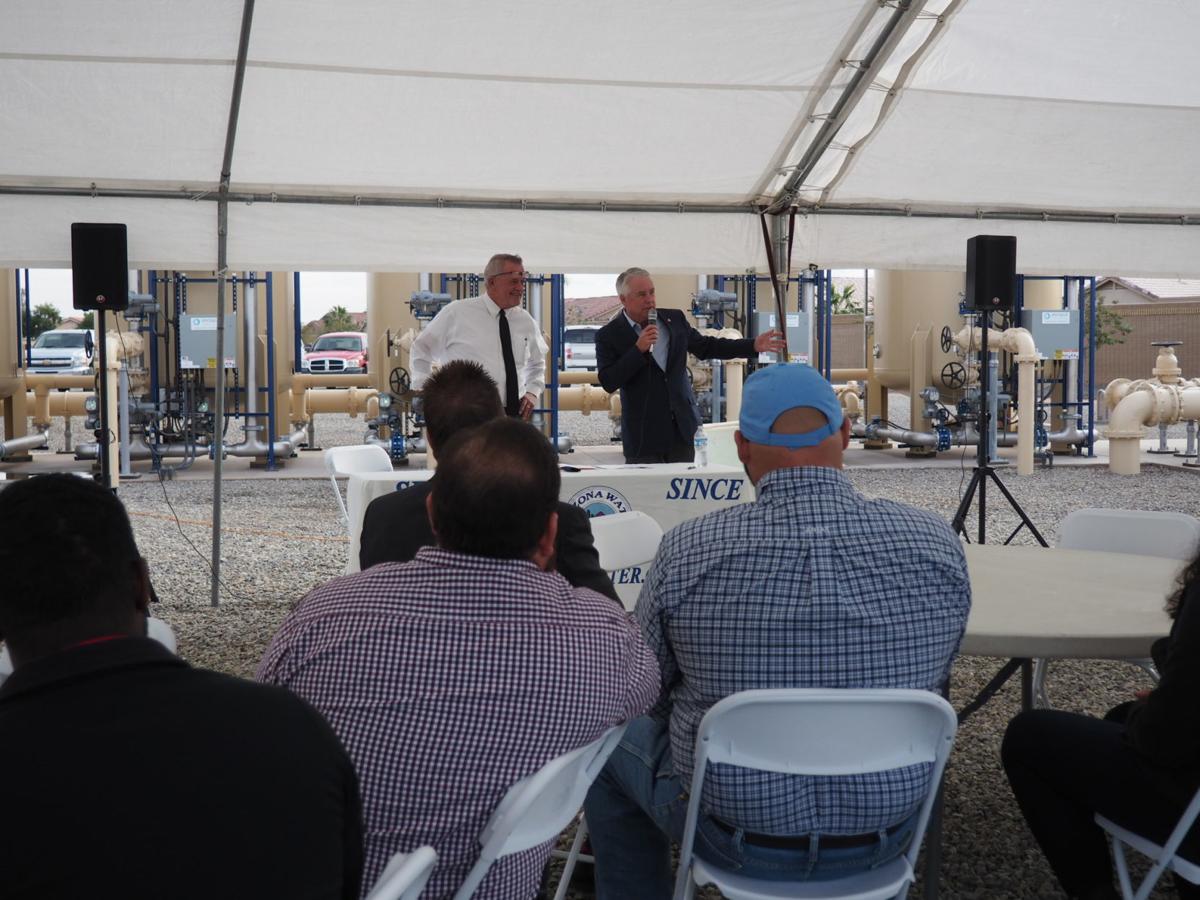 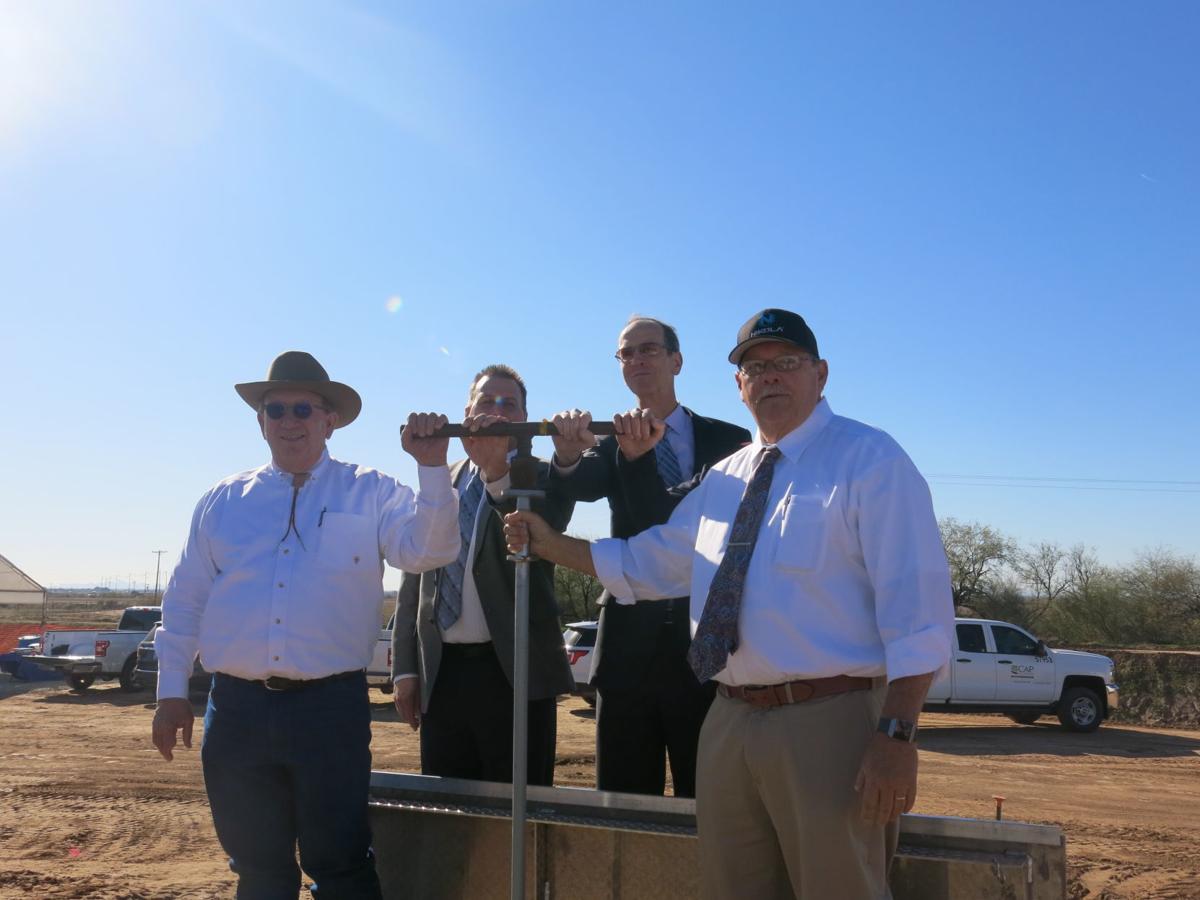 The company’s new Santiago Trail water treatment facility in Casa Grande has been named “Large Project of the Year” (over $10 million) for 2020 by the Phoenix Branch of the American Society of Civil Engineers.

The nitrate removal facility was judged according to a number of criteria, including: engineering significance, engineering innovation and impact on quality of life.

“This award is very gratifying for us because it acknowledges the hard work and creativity that our engineering crew bring to the job every day,” said Fred Schneider, president of the company. Schneider is an engineer and played a direct role in bringing the project to completion.

The Santiago Trail facility was completed late last year and is now in operation. It uses ion exchange technology to remove nitrates from the groundwater that Arizona Water supplies to its customers. Nitrates are common in many fertilizers and cow manure and can percolate into the groundwater in areas where there has been intense farming and dairies such as western Pinal County.

The plant cost approximately $20 million and is the largest and most expensive treatment plant the company has built.

The U.S. Environmental Protection Agency has established a safe level for nitrates and this new plant will allow Arizona Water to continue to comply with those requirements.

“There has been a lot of talk about Arizona’s water supply over the last few years, and not all of it has been positive,” Schneider said. “The residents of this community can rest assured that we have invested in the future by building this and other treatment plants.”

Three wells located near the plant site can pump about 6.5 million gallons per day of groundwater, and that water can be treated and blended for use in the drinking water system.

The plant consists mainly of five steel pressure vessels that are 8 feet in diameter and 15 feet high, along with enough piping to connect them to the wells and the water distribution system. In addition, there is room at the site to add treatment capacity as water use in the area continues to increase.

In addition to the award for the Santiago Trail plant, Arizona Water was given the same award for small projects for its Pinal Valley Recharge and Recovery Facility in Coolidge. That project takes water from the Central Arizona Project canal to recharge the local aquifer, saving the water for future use.

The facility is designed to store renewable Colorado River water underground until the company uses it to supply the needs of residents and businesses in the area. Criteria for the award include: engineering significance, engineering innovation and impact on quality of life.

“This award is very gratifying because it acknowledges the hard work and creativity that our engineering crew bring to the job every day,” said Schneider.

The PVRRF is the first underground storage facility using water from the CAP to begin operation in this area.

Arizona Water estimates that the cost of the recharge and recovery project is $7.5 million, a vast reduction from the cost of a conventional surface water treatment plant that would have been required to use CAP water directly.

Water recovery will be accomplished through a number of Arizona Water’s existing wells, with new wells to be added in the future.

At full build-out, the facility will be able to recharge, store and recover approximately 12,000 acre-feet of water per year. An acre-foot is enough to cover 1 acre to a depth of 1 foot, or enough water for about three homes for a year.

The facility eliminates the need for a surface water treatment plant. Water quality regulations require that all surface water (like that from the CAP) must use stringent and complex treatment requirements to comply with safe drinking water standards. Groundwater does not require such complex and expensive treatment.

Arizona Water estimated that a surface water treatment plant would have cost as much as $100 million, almost 20 times the cost of the PVRRF. Also, a significant amount of the $7.5 million costs was paid for by developer fees, reducing the effect on the average customer’s bill.

Last year, Arizona and other states each adopted the Drought Contingency Plan to guide its water management decisions in an era with less Colorado River water available. The plan is intended to protect Lake Mead water levels from falling to a point where it can no longer provide water or hydroelectricity to states such as Arizona.

While Arizona Water’s USF is the first in this area, it won’t be the last. Extended drought throughout the Southwest over the last 20 years has caused the state’s share of the Colorado River to shrink. A USF uses surface water to recharge groundwater aquifers by filling man-made recharge basins and letting the water percolate down through the soil. In this case, the surface water comes from the Colorado River by way of the CAP canal.

Arizona Water serves approximately 250,000 residents and businesses in eight counties around the state.

CASA GRANDE — The price of water may be going up for Arizona Water Company customers.

Pinal groundwater model in the works