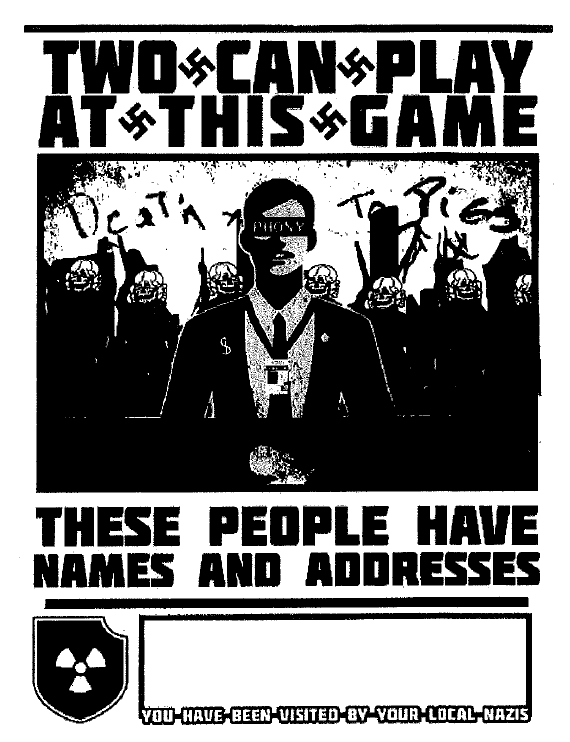 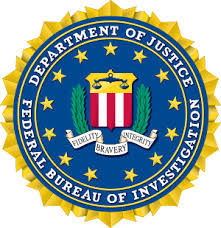 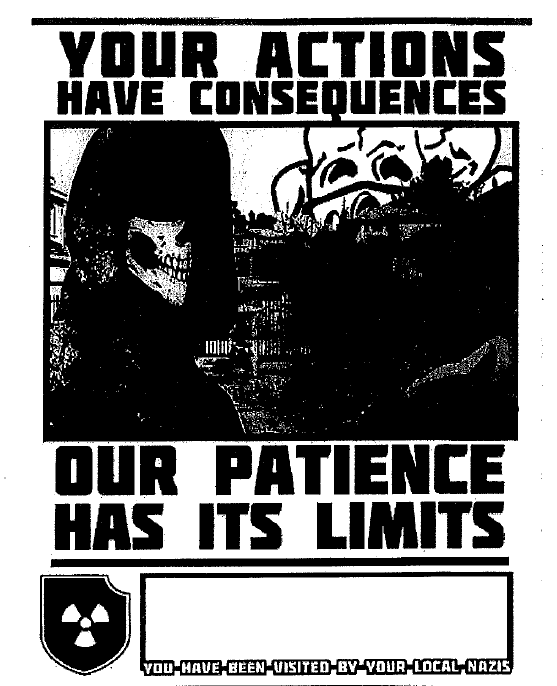 FBI An Arizona City man is accused of gluing this poster to the bedroom window of an editor for Arizona Jewish Life magazine. The bottom line says: “You have been visited by your local Nazis.” 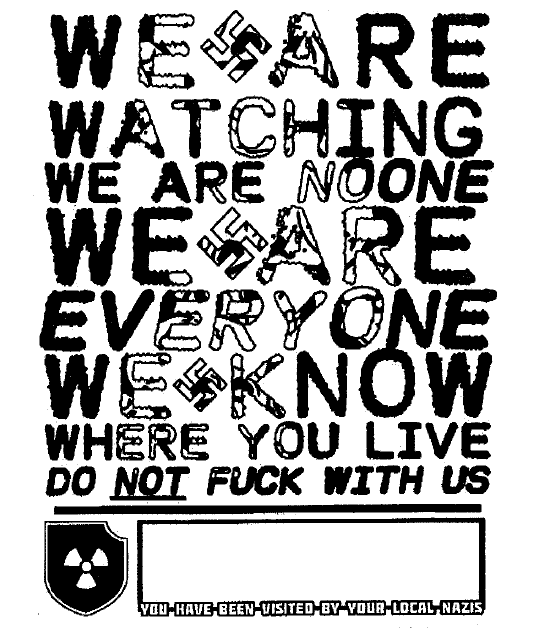 ARIZONA CITY — The FBI raided a house in Arizona City in its investigation into a neo-Nazi group, known as Atomwaffen, that has been targeting journalists and racial activists in four states.

Four racially motivated violent extremists from across the U.S. were arrested and charged Wednesday in U.S. District Court in Seattle with conspiracy to threaten and intimidate journalists and activists, U.S. Attorney Brian T. Moran announced. Wednesday’s arrests and searches by the FBI and local law enforcement were coordinated by the Department of Justice’s National Security Division and the U.S. Attorney’s Offices in Seattle, Tampa, Houston and Phoenix, according to the FBI.

One of the four arrested was Johnny Roman Garza, 20, of Queen Creek. The house raided in Arizona City is considered to be a second residence Garza shared with another man. Justice authorities seized many items in the raid, including electronics and computers. Others arrested by the FBI in this case include Cameron Brandon Shea, 24, of Redmond, Washington, Kaleb Cole, 24, of Montgomery, Texas, and Taylor Ashley Parker-Dipeppe, 20, of Spring Hill, Florida.

“These defendants sought to spread fear and terror with threats delivered to the doorstep of those who are critical of their activities,” said U.S. Attorney Brian T. Moran for the Western District of Washington. “As Attorney General William Barr has made clear, rooting out anti-Semitic hate and threats of violence and vigorously prosecuting those responsible are top priorities for the Department of Justice.”

Defendants are accused of creating and coordinating the delivery of threatening racial posters.

According to the criminal complaint, the defendants conspired via an encrypted online chat group to identify journalists and others they wanted to intimidate. The group focused primarily on those who are Jewish or journalists of color. Cole and Shea created the posters, which included Nazi symbols, masked figures with guns and Molotov cocktails, and threatening language. The posters were delivered to Atomwaffen members electronically, and the co-conspirators printed and delivered or mailed the posters to journalists or activists the group was targeting.

In the Seattle area, the posters were mailed to a TV journalist who had reported on Atomwaffen and to two individuals associated with the Anti-Defamation League. In Tampa, the group targeted a journalist but delivered the poster to the wrong address. In Phoenix, the poster was delivered to a magazine journalist.

“These defendants from across the country allegedly conspired on the internet to intimidate journalists and activists with whom they disagreed,” said Assistant Attorney General for National Security John C. Demers. “This is not how America works. The Department of Justice will not tolerate this type of behavior.”

In the criminal complaint, Garza was under surveillance by law enforcement on Jan. 25.

“Shortly after midnight, the vehicle was parked near an apartment complex in Phoenix, Arizona where a member of the Arizona Association of Black Journalists resides. At least one of the vehicle occupants exited the vehicle. The occupant returned to the vehicle, and the vehicle proceeded to the residence of an editor of a local Jewish publication,” the complaint reads.

The complaint states that Garza and the other person in the vehicle were seen running from the residence back to the vehicle. They then left the area. The FBI reports the editor found a poster titled “Your Actions Have Consequences” that included the editor’s name and home address on the bottom. The poster was glued to a bedroom window, on the north side of the editor’s home.

The case is being investigated by the FBI’s Joint Terrorism Task Forces in Seattle, Tampa, Houston and Phoenix.