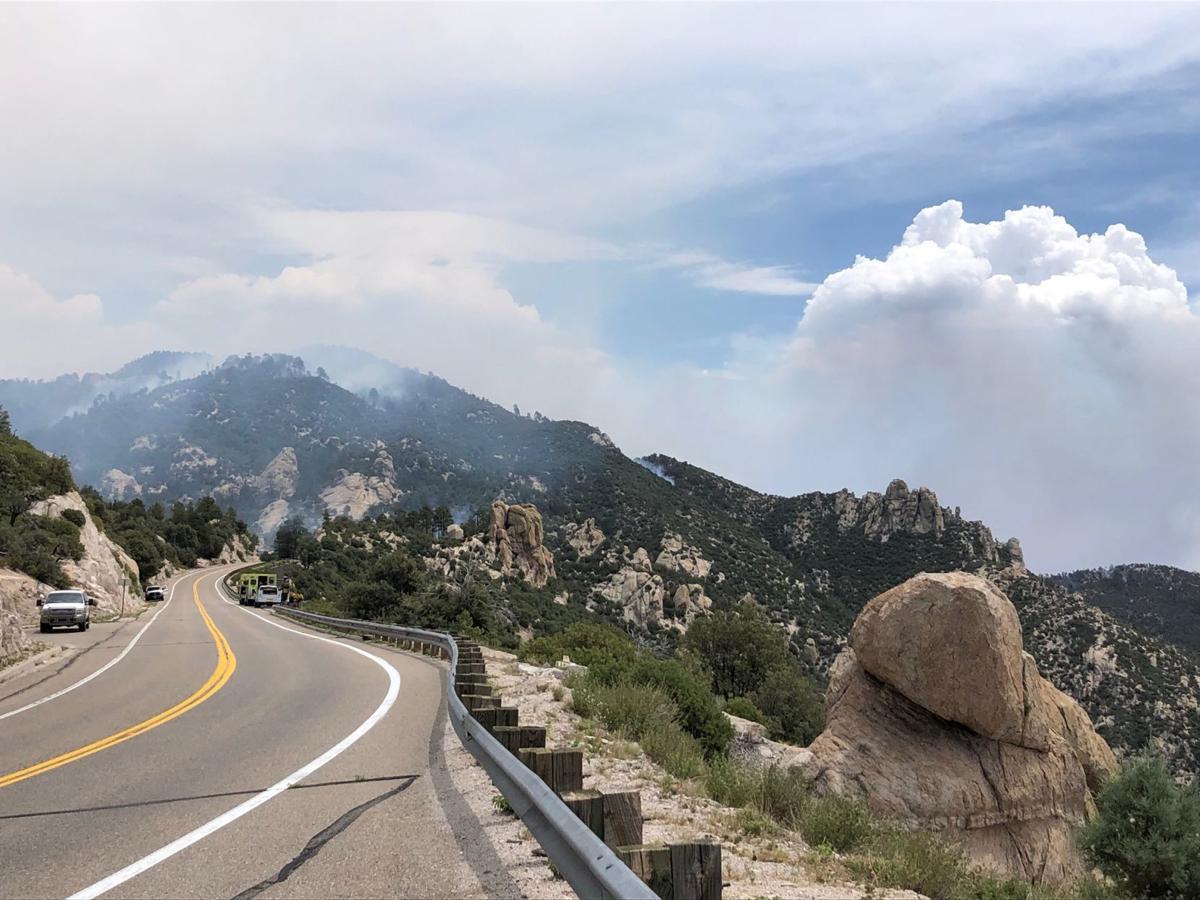 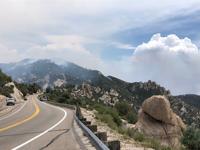 A view of the Bighorn Fire from the Catalina Highway on Saturday afternoon looking northeast.

The Eloy Fire District has had personnel working the Bighorn Fire in the Santa Catalina Mountains near Oracle and Tucson this month.

A view of the Bighorn Fire from the Catalina Highway on Saturday afternoon looking northeast.

The Eloy Fire District has had personnel working the Bighorn Fire in the Santa Catalina Mountains near Oracle and Tucson this month.

On June 5, a lightning-caused fire started in the Santa Catalina Mountains. Since then, the Bighorn Fire has grown to more than 167 square miles and moved toward populated areas of the Catalina foothills.

“A red flag warning is in effect today for strong, gusty winds and low relative humidity. This will likely increase fire activity and smoke production,” the county said in a statement.

According to the Bighorn Fire Info Facebook page, the fire is 45% contained.

In a morning operations update, Aaron Thompson, the incident commander, voiced his concerns for Monday.

“One is rapid-fire movement. There’s a lot of fine fuel out here. We can see high, rapid rates of spread movement and with that, our aircraft that we utilize to help support firefighters on the ground can’t fly when we have high winds and strong, gusty winds,” Thompson said.

“If we lose the aircraft due to high winds, the firefighters on the ground don’t have as high a probability of success of catching that,” Thompson added.

Thompson said he wants to prevent the fire from further reaching the public or endangering firefighters on the ground.

Just miles to the northwest, fire crews are battling several wildfires in the Phoenix area.

The Bush Fire, which has burned through 193,455 acres, was 98% contained as of Monday morning, but the cause is still being investigated. The Bush Fire is now considered the fifth largest in the state’s history and is nearly 13 times bigger than Manhattan.

Smaller fires have also impacted the Phoenix area. The Central Fire has burned through 4,499 acres of land and was 87% contained as of Monday afternoon.

Due to both of these fires, the Tonto National Forest has issued closures surrounding these fires.

In northern Arizona, fire crews are still battling the Mangum Fire that started at the North Rim of the Grand Canyon. The fire has burned through 71,450 acres and was 63% contained as of Monday afternoon.

The peak season of Arizona wildfires runs from May to mid-July.