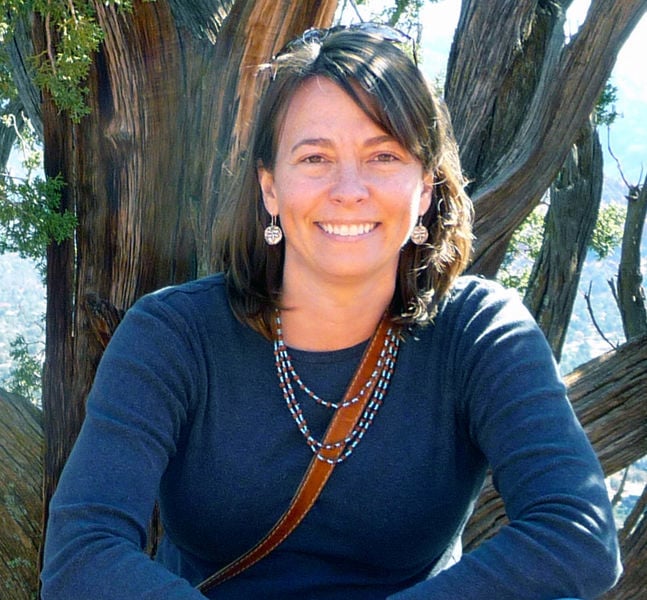 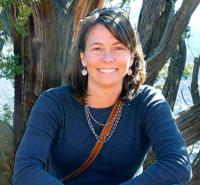 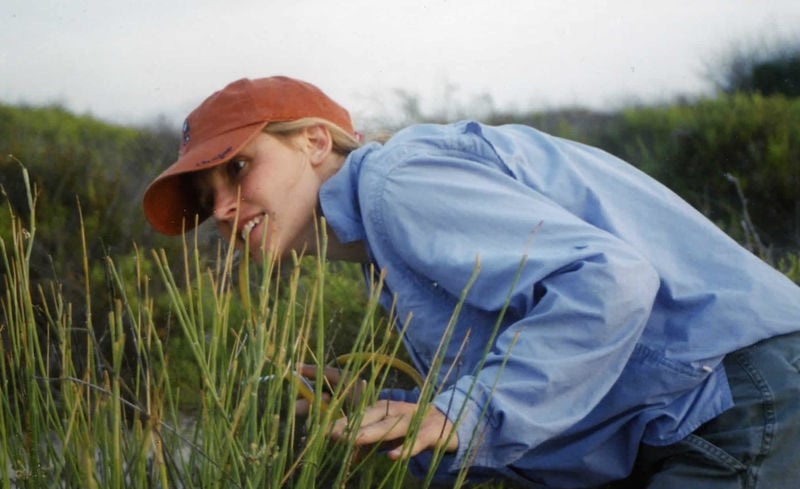 TUCSON -- Just when you thought 2020 couldn't get any worse, news came over the weekend that the Asian giant hornet – nicknamed the "murder hornet" – had made its way to the United States. A behemoth of a bug with an equally big sting, the hornet's appearance in select parts of Washington state has Twitter in a fluttering frenzy.

To help separate the fact from fiction on the buzz surrounding the hornet’s arrival, two University of Arizona entomologists broke down the bug’s bad reputation and outlined the risks to honeybees and humans.

Wendy Moore is an associate professor of entomology in the College of Agriculture and Life Sciences and curator of the university's Insect Collection, which houses about 2 million insect specimens representing approximately 35,000 species. Moore is a founding member of the Tucson Bee Collaborative, which aims to facilitate future research on native bees.

Katy Prudic is an assistant professor in the School of Natural Resources and the Environment, who studies wild pollinators, with a focus on butterflies. Prudic is also co-director of eButterfly, an online citizen science platform that harnesses the observations of thousands of butterfly enthusiasts across the globe to understand how and when butterflies and other pollinators react to environmental changes.

Question: "Murder hornets" – talk about a nickname! What's a bug got to do to earn a reputation like that?

Prudic: Asian giant hornets, Vespa mandarinia, feast on defenseless baby honeybees after decapitating the adults helplessly protecting their young. It is a gruesome raid with bits of bee bodies everywhere.

Moore: They have to be large-bodied and do serious damage to something humans care about, in this case honeybees. This species, Vespa mandarinia, is one of the world's largest wasps. They are also eusocial, like honeybees, with each V. mandarinia nest having a single queen and workers displaying a division of labor. But unlike the honeybees that harvest plant pollen to feed their young, this hornet harvests bee bodies to feed their young. The wasps are carnivores, whereas honeybees are vegans.

Q: Do these hornets have any redeeming qualities?

Prudic: Graceful in flight, fierce in battle and beautiful in their finery, these hornets play an important role in their ecosystems keeping natural colony nesting bee populations strong and viable. They may also offer pollination to plants when they aren't hunting baby bees.

Moore: All insect species have redeeming qualities in their native range. At a minimum, they are prey that supports the lives of other species, and they help control the numbers of other species upon which they themselves eat. They are the fabulous, unique and, in this case, spectacular product of millions of years of evolution. Problems can arise, however, when species move – or are moved, usually by humans – outside of their native range. When living in the community of other species in which they have evolved, their numbers are kept in check naturally. But when a species is transported outside its natural range, problems can arise. We all have seen what COVID-19 has done since it jumped from its natural hosts – presumably bats – into a new environment – humans. That situation is not terribly different from the damage some insects can do when they become established outside of their native territory and there is nothing to keep them in check.

Q: With an overall size of 1.5 to 2 inches, massive mandibles and a venomous sting capable of penetrating bee suits, should we be worried about swarming hornet attacks?

Prudic: Not here in Arizona. These hornets have not been seen here and we are not sure if these hornets would find our climate amenable, not to mention our more aggressive, Africanized honeybees delicious. And in the Pacific Northwest it will remain to be seen if these hornets establish permanent colonies, reproduce and multiply. Right now, they are behaving quite differently than they do in Asia, becoming active in December instead of April. This change could help or hurt these hornets; folks are watching closely.

Moore: Not yet, but we're only in the first inning of this story. We won't know how they interact with humans in North America until we've done a bit more research on them. I think we should be worried enough to do everything we can to keep these hornets in check and exterminate them from North America. We also should learn everything we can from entomologists and beekeepers in Asia, as they have valuable insights regarding how to control these insects and their effects on humans and bees.

Q: The situation is no joke for America's already dwindling honeybee population. Do bees have any defense?

Moore: Yes – us! Specifically, our hopefully successful attempts to control this hornet before it becomes established and spreads. We need to do everything we can do to make sure that does not happen.

They also have their own defense, and it's called teamwork. Honeybees have the ability to "cook" invaders that come into their colonies. Working together, hundreds of honeybees surround the invader and then vibrate their bodies rapidly to generate heat so great that the invader is killed.

Prudic: Japanese honeybees have evolved an ambush defense against these hornets. When a hornet scout finds a honeybee hive, the honeybees lure her in, then collectively pounce on the hornet, beating their wings as much as they can. This flurry attack raises the temperature around the hornet, eventually killing her and a few of the honeybees closest to her. The hive will remain undiscovered to the hornet colony and live to see another day.

This adaptation is not seen in European honeybees, which are common domesticated pollinators used in our agriculture systems. So, if this hornet becomes a pest, we might have to figure out a way to get them to behave more like a Japanese honeybee through some sort of genetic modification.

Q: There's been a lot of talk about the risk to honeybees, but what could this spell for the nation's thousands of species of solitary bees?

Prudic: Asian giant hornets seem to prefer bees that have lots of young in the hive. Solitary bees do not have the same risk factors. They are harder to find, and they have low density aggregations of young. Of course, introduced species often change their behaviors in a new environment, so careful observation is still needed to understand the evolving threat to solitary bees.

Moore: Since the hornet is targeting bodies of bees themselves, which they are gathering to feed their young, solitary bees might also be in danger, especially those solitary bees that nest in large aggregations like Diadasia spp. and Centris spp. These species occur in large numbers at this time of year when many individuals come together to mate, build new brood cells and provision their nests. I'd imagine any bees that occur in large groups might be good targets for this hornet, but we need more research to confirm that.

Q: So far, a handful of sightings have been reported in Washington state and Canada. How long do we have before they spread across the U.S.?

Moore: That's the big question. No one knows, but we need to move fast instead of waiting to find out.

Prudic: If I knew that answer, I would go directly to Vegas. It depends on how many have been introduced, when they were introduced and where they were introduced. It also depends on how well we can detect them in the landscape and remove them. All of those factors are quickly changing, which is why reporting observations to your local officials, such as Game and Fish, is important. Because you may not know the difference between an Asian giant hornet and a tarantula hawk, I recommend you use the smartphone application like Seek to help you identify the hornet. This will help Game and Fish from becoming overwhelmed with false observations of an Asian giant hornet and you get to explore the world of insects.

Q: This is the first time we've seen these hornets in the U.S. Why now?

Moore: This is such a large and destructive insect I would guess that we are seeing them now because they are a relatively new introduction. If they had been here in the past, we likely would have known. It would be good to determine how, exactly, they got here.

Prudic: They may have come over in a shipment from Asia. Canada reported a colony this fall in British Columbia, which was noticed through an observant citizen. Monitoring will be facilitated through citizen science biodiversity smartphone apps like iNaturalist to help us more quickly identify where these hornets are.

Q: What should we expect if we can't get this invasion under control?

Moore: It could be devasting. Our future is tied to the success of bees. We need to learn from our past mistakes, take this situation seriously now and get rid of them if we possibly can.

Prudic: Good news: Japan and China both have successful pollinator services in agriculture with this beast living there. Bad news: They lose more honeybee hives to these hornets than we currently do in North America. We need to monitor and remove these hornets whenever we see them. Many species are introduced around the world; it is rare for them to completely alter a food system. With diligence, citizen science help and thoughtful management, we have a better opportunity for success for us, our crops and our honeybees. 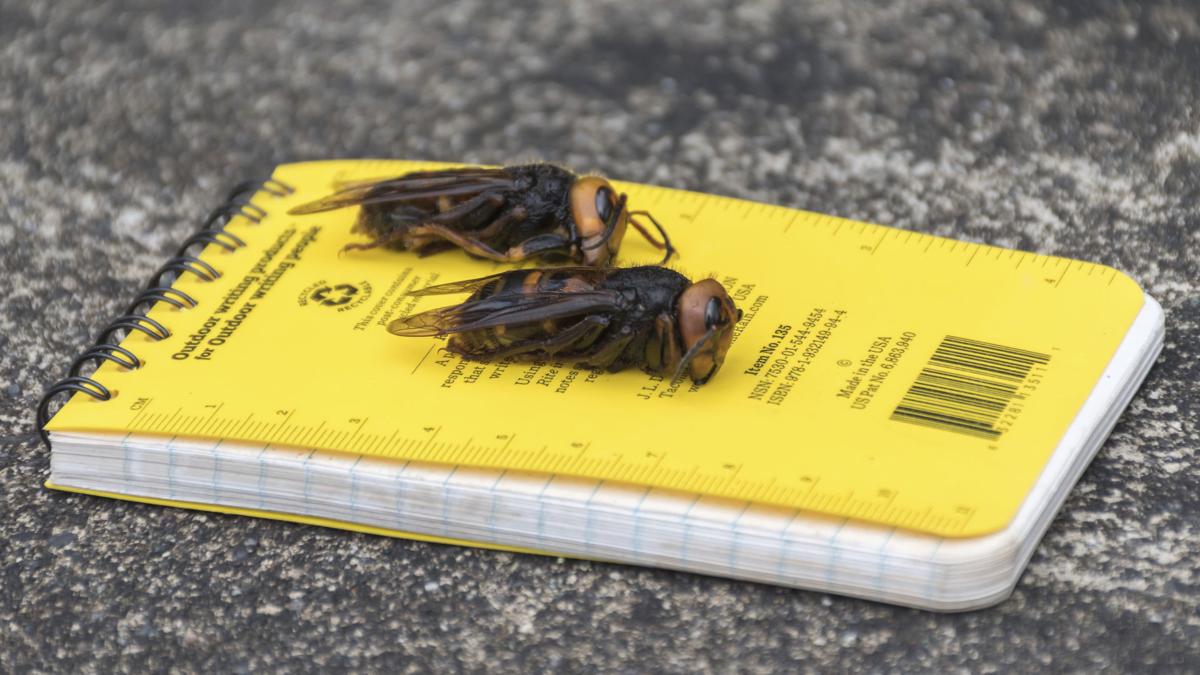 In this April 23, 2020, photo provided by the Washington State Department of Agriculture, dead Asian giant hornets sit on a researcher's field notebook in Blaine, Wash. The world's largest hornet, a 2-inch long killer with an appetite for honey bees, has been found in Washington state and entomologists are making plans to wipe it out. Dubbed the "Murder Hornet" by some, the Asian giant hornet has a sting that could be fatal to some humans. It is just now starting to emerge from hibernation. (Karla Salp/Washington State Department of Agriculture via AP)

The 'Murder Hornet' up close

In this April 23, 2020, photo provided by the Washington State Department of Agriculture, dead Asian giant hornets sit on a researcher's field notebook in Blaine, Wash. The world's largest hornet, a 2-inch long killer with an appetite for honey bees, has been found in Washington state and entomologists are making plans to wipe it out. Dubbed the "Murder Hornet" by some, the Asian giant hornet has a sting that could be fatal to some humans. It is just now starting to emerge from hibernation. (Karla Salp/Washington State Department of Agriculture via AP)

Rosemary Brandt is a writer for the University of Arizona College of Agriculture and Life Sciences.

Q&A: What's up with all the crane flies?

Q&A: UA expert says our wasps are big, but they're not Murder Hornets

TUCSON — Buzz surrounding the arrival of the Asian giant hornet in parts of the Pacific Northwest has many Arizona residents on the lookout, b…

ELOY — Eloy firefighters and police officers were stung multiple times by an angry swarm of bees while rescuing a man Wednesday morning.