A bathtub ring of light minerals shows the high water line near Hoover Dam on July 20, 2014, on Lake Mead in Nevada. 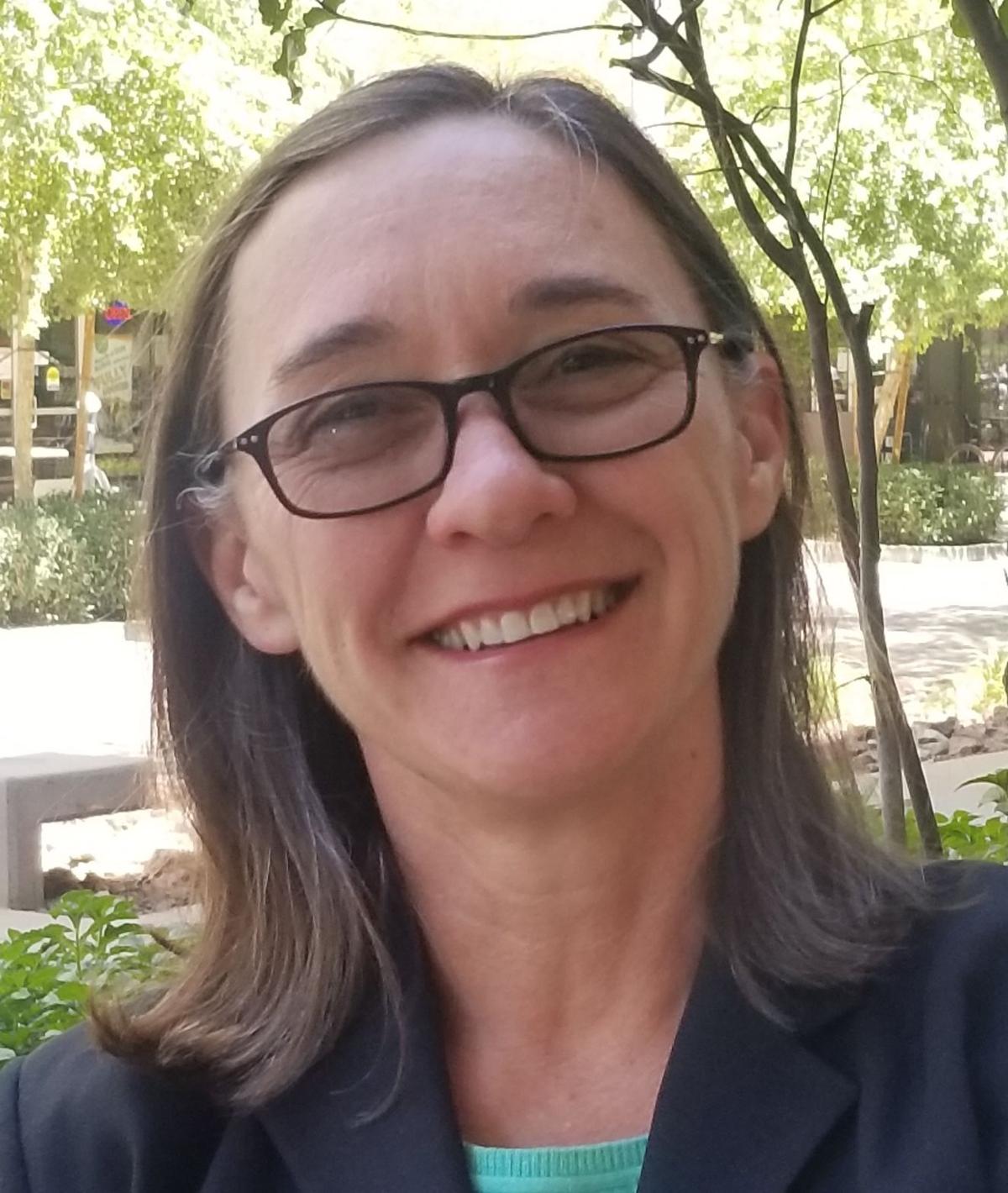 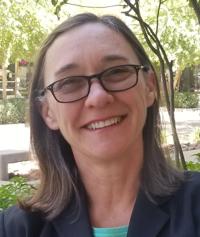 TEMPE -- A pandemic, civil unrest and record heat. Could there be anything worse?

A lack of water, perhaps.

Arizona recently received a drought one-two punch: The state will receive another reduction of Colorado River water and the Farmer’s Almanac has predicted a dry winter in the Southwest.

Last year the state received its first-ever cutback of Colorado River water under the Lower Basin Drought Contingency Plan. The cuts are a plan to keep Lake Mead, a reservoir at the Arizona-Nevada boundary, functional. Water levels for both Lake Mead and Lake Powell have precipitously dropped as a result of historic overallocation and a drought that started in 2000.

So what does that mean for Arizonans going forward? And how should developers, who push and provide economic growth, accept the news?

ASU Now checked in with Sarah Porter of the Kyl Center for Water Policy at the Morrison Institute on how these new developments will impact the Copper State and its residents.

Question: Arizona received its second water reduction in two years under the Colorado Water agreement, which was enacted January 2020. I thought we had a pretty good rainy season last year and our water levels were restored?

Answer: Last winter, the Upper Colorado River Basin, the primary watershed for the Colorado River, received slightly above average snowpack but the spring was unusually hot and dry. Ultimately, the inflow into Lake Powell, the first of two large reservoirs serving the Lower Basin (Arizona, California, Mexico and Nevada) was only 52% of average. Water levels on Lake Powell and the other major reservoir on the system, Lake Mead, have been declining for decades. As of this summer, Lake Powell was at 53% capacity and Lake Mead at 41%.

These long-term declines are due to a number of factors, including overallocation, more users taking their water allocations and two decades of drought. Many scientists point to evidence of “aridification” of the Colorado Basin — a permanent decrease in annual precipitation.

The Colorado River Lower Basin Drought Contingency Plan (DCP) is a multistate agreement designed to keep the system functional in the face of long-term declines. In addition to programs to facilitate conserving water in Lake Mead, the DCP includes provisions for Lower Basin users to take specified reductions if the reservoir declines to certain levels. Water users served by the Central Arizona Project are the most junior users and therefore in line to take the biggest cuts.

Due in part to the DCP, last year and this year, Lake Mead stabilized at an elevation that requires Arizona to take a cut of just under 7% of its full allocation. Water users have been conserving that much and more water in Lake Mead every year since 2014, so Arizona has demonstrated that it can easily absorb a reduction of this size.

It would take years of extraordinary snowpack and wet springs to restore water levels in Lake Powell and Lake Mead to the point at which agreements like the DCP were not needed to ensure the system’s continuing functionality. Instead of counting on the weather, water managers in Arizona and other Colorado Basin states are already in discussions about how to improve the DCP and adjust to the likelihood of a long-term – or even permanent – decrease in available supplies.

The announcement that this year’s cuts would be the same as last year’s was actually good news, because it means that the DCP is working.

Q: What does the 6.9% water reduction from the Colorado River ultimately mean to Arizonans?

A: For the most part, water users won’t experience a direct impact from the reduction because Arizona’s Colorado River supplies have never been fully allocated to users within the state. In fact, for years, Arizona enjoyed extra Colorado water – supplies that weren’t allocated to a specific user. The state and other water users have “banked” a lot of that water – recharging depleted aquifers from which groundwater had previously been pumped. And for some time, the extra water was a critical supply for developers to demonstrate that they could replenish the nonrenewing groundwater used to serve new home developments; this replenishment is required by Arizona’s Groundwater Management Act.

The reduction means there’s less water available for water banking and groundwater replenishment for future developments. It may also have some impact on nontribal agricultural water users in Pinal Country. Those users may turn to groundwater supplies to make up the difference.

It’s important to note that the Colorado River isn’t the state’s only source of water. Groundwater and Colorado River water each comprise about 40% of the state’s supply. In-state rivers provide the balance. A significant part of the Phoenix metro area is supplied by the Salt-Verde system and managed by Salt River Project (SRP). Each of these sources of supplies has its own unique challenges.

Q: How will cuts to Colorado River supplies impact growth and development for the state if the drought continues?

However, there is ample water to support urban growth and economic development. Many cities have secured diverse portfolios of renewable water supplies to ensure that they can meet their projected build-out demand. In some communities, the shift to more efficient residential and industrial water uses means that supplies can be stretched further. And there are opportunities for reallocations to supply water needed for growth.

Not every place is equal when it comes to water supplies, though. Many of the fast growing, recently developed communities face significant challenges to ensuring the water supplies required for their projected growth.

Q: The Farmer’s Almanac recently predicted a cold winter for the northeastern states and another dry winter for Arizona. Does this worry you?

A: Worry me? Nope. To begin with, for seasonal weather forecasts, I don’t rely on the Farmer’s Almanac, which according to one study is about as accurate as flipping a coin.

Also, it’s important to note that Arizona’s Colorado River supplies (40% of the state’s water portfolio) come mostly from snow and rain that falls in the Upper Colorado Basin — Wyoming, Colorado and Utah. What happens in Arizona does not affect those supplies. Precipitation in Arizona matters because it recharges aquifers and supplies in-state surface water systems, the largest of which is the Salt-Verde, which is managed by SRP and serves parts of greater Phoenix. As of spring 2020, most of SRP’s reservoirs were full, thanks to several recent wet years.

I don’t worry about a forecast predicting a single dry season because the surface water systems that Arizona relies on are built to deal with the high variability in annual precipitation that characterizes the Southwest. Reservoirs on the Colorado and SRP systems have years of storage capacity in order to take advantage of above average wet years and ensure consistent supply during dry years. This large storage capacity means that water supplies are planned over long timelines and that water managers can deal with potential shortages years in advance.

This is what’s happening on the Colorado River. For the last 20 years or so, Colorado River water users have been negotiating and collaborating on how to adjust to long-term, and possibly permanent, reductions in supplies. This planning is continuing and will lead to new agreements about how to manage and share Colorado River water.

Q: Water is our most precious natural resource. Other than using our common sense, what can residents do to ensure that we have enough water to meet our future needs?

A: To be sure, the most helpful kind of water conservation we can do is to permanently reduce our overall use — for example, converting high water-use landscaping to low water-use, or replacing old appliances and fixtures with the latest water-efficient versions. These types of permanent reductions allow more water for more population and economic activity without a correlated increase in supply.

As a limited and critical resource, water drives the state’s economy and our quality of life. Arizonans who care about the community’s future should take the opportunity to learn about water resources and policy so that they can have a meaningful voice in important water decisions at the municipal, state and national level. A good place to start, by the way, is the Arizona Water Blueprint, the Kyl Center’s interactive map and water data hub.

Marshall Terrill is a reporter for ASU Now at Arizona State University. He can be reached at 480-727-5176 or marshall.terrill@asu.edu

CARSON CITY, Nev. — Six states in the U.S. West that rely on the Colorado River to sustain c…

ASPEN, Colo. — After a year of meetings, workshops and in-depth discussions, Colorado offici…

Water shortages in US West likelier than previously thought

GREELEY, Colo. -- The Colorado River’s largest reservoirs are expected to keep struggling over the next five years due to climate change, acco…

PHOENIX -- A panel of Arizona officials discussed water issues facing the state in a webinar Tuesday.