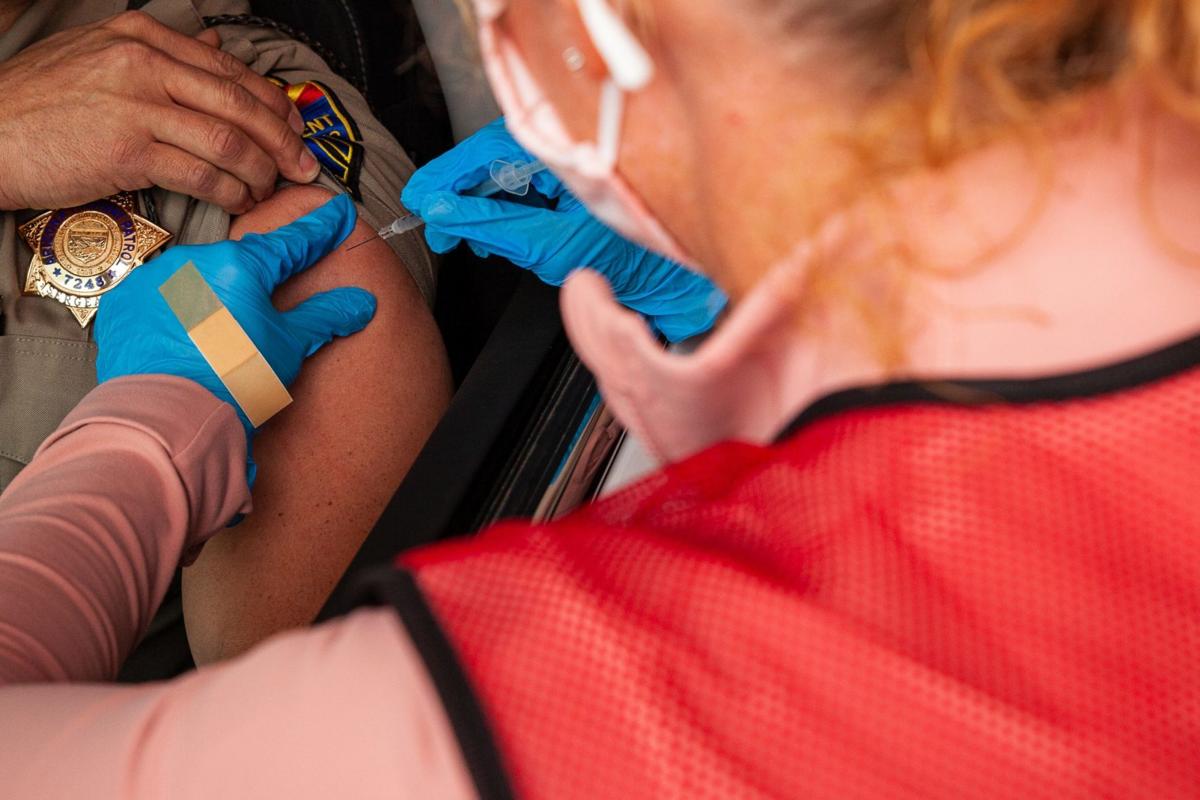 Cara Christ, director of the Arizona Department of Health Services, injects a second dose of COVID-19 vaccine into the arm of Department of Public Safety Sgt. Kameron Lee on Feb. 4 at Phoenix Municipal Stadium. 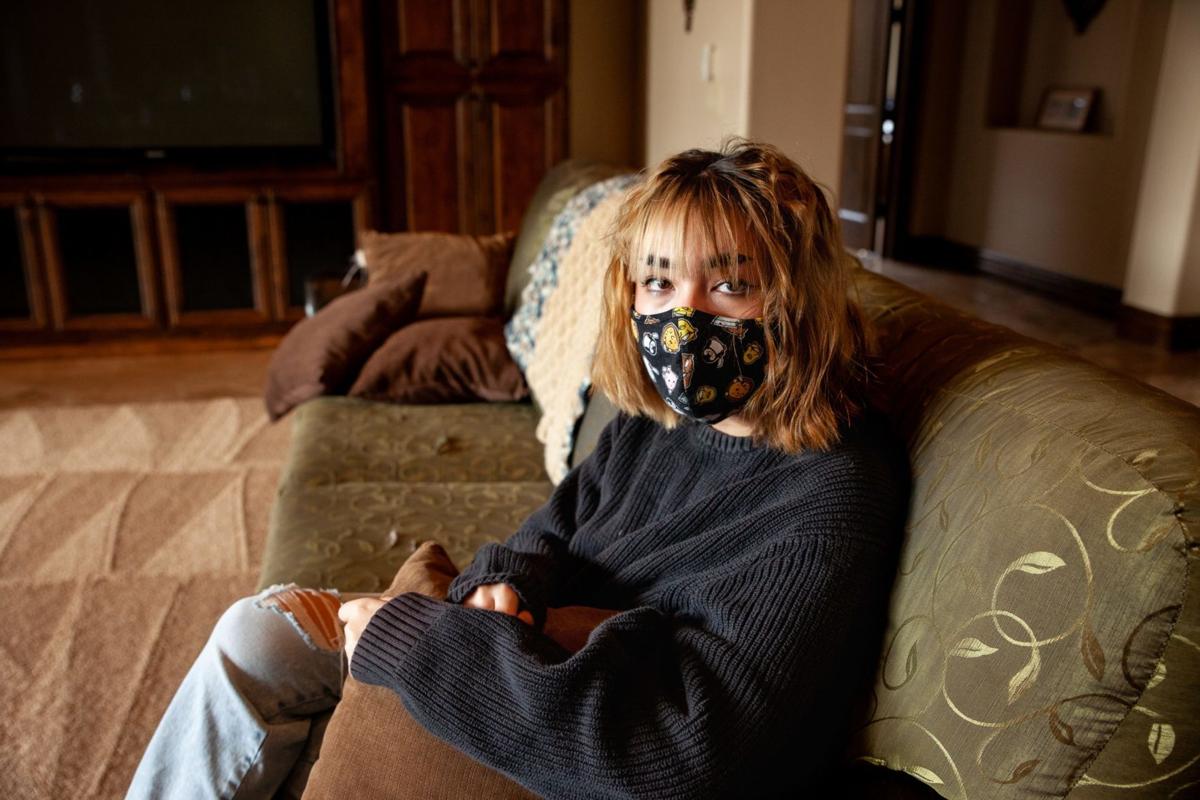 Hanna Hyland, 18, isn’t getting vaccinated right now. “I think getting fully vaccinated is important to personal safety and to protect those around you, but I am skeptical about this vaccine for many reasons.” (Photo by Alberto Mariani/Cronkite News) 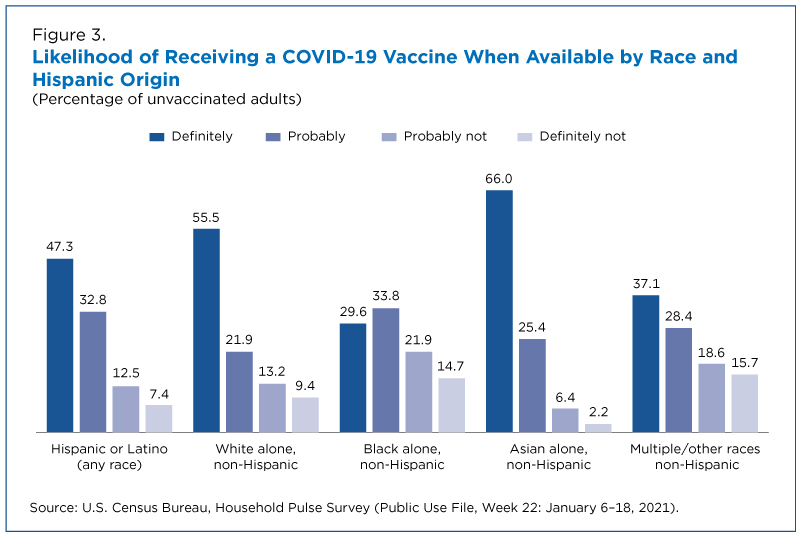 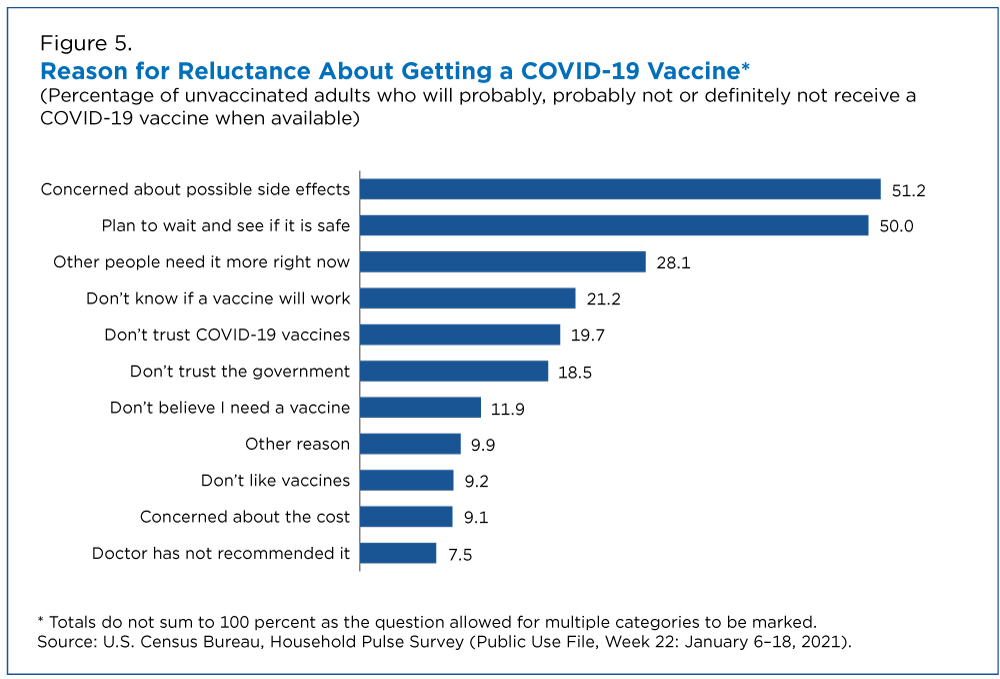 PHOENIX – As the daughter of a medical technician, Hanna Hyland was raised to put her faith in science. But Hyland, 18, also was raised as a person of color in a country with a health care system marred by historic instances of racism.

When it comes to deciding whether to get vaccinated against COVID-19 or not, the latter is winning out – for now.

“As an Asian American, I know the United States has had no issue with lucrative testing in marginalized groups,” said Hyland, a freshman at Mesa Community College. “I have never had an issue with getting any sort of vaccination. In fact, I think getting fully vaccinated is important to personal safety and to protect those around you, but I am skeptical about this vaccine for many reasons.”

Those reasons vary, but center on examples of medical experimentation on people of color – starting with nonconsensual surgeries performed on slaves in the U.S., the Tuskegee syphilis studies in which Black men went untreated for decades so researchers could observe the disease’s progression, and the covert biological warfare research the Japanese army conducted on Chinese civilians in the 1940s.

Hyland isn’t alone in her worries. As the nation undertakes an enormous vaccination effort to combat a disease that has cost the lives of some 450,000 Americans, medical experts are working to overcome skepticism and misinformation prompting some to think twice about getting the shots – from false claims the vaccines can cause infertility to concerns that they were approved too quickly to be safe.

Hyland said she considers these first vaccinations “a test trial, one that can be used to later develop the vaccine.”

“There are many COVID strains and mutations that have not been accounted for, so as progression of the virus continues, I am sure a more accurate vaccine will come out,” she said.

In a survey released Jan. 27 by the Census Bureau, 51% of adults who had not yet gotten a COVID-19 vaccination said they planned to. Those numbers varied by age, race and ethnicity, however.

Although Black, Native American and Latino people all are more likely than white people to contract the virus, just 47% of Hispanics and 30% of Blacks in the survey said they would get vaccinated, compared with 55% of whites.

The Arizona Department of Health Services doesn’t report vaccination data by race and ethnicity. When asked why, or whether the department plans to in the future, a spokesperson declined to comment.

As of Feb. 2, an estimated 700,000 vaccine doses have been administered across the state, and about 100,000 people – or just more than 1% of the state’s population – have received both shots, according to the Department of Health Services.

Gov. Doug Ducey last week issued an advisory aiming to speed up the pace, as experts believe at least 80% of people in the United States need to get vaccinated to reach herd immunity against the coronavirus that causes COVID-19.

More and more organizations across the country have begun answering the call to promote vaccination.

On Jan. 22, the Mayo Clinic hosted a free virtual town hall to “build trust around vaccines and debunk the myths and misconceptions around COVID-19 in minority communities.” Experts on the panel said the best way to minimize fear is for medical professionals to listen to people’s concerns and connect them with correct and accessible information.

“We have to be transparent with people, we have to talk about stuff, but we always have to start by listening, understanding and trying to correct the distortions that people may be having,” said Dr. Francisco Moreno, professor of psychiatry at the University of Arizona’s College of Medicine.

Dr. Juan Gea-Banacloche, an infectious disease expert at the Mayo Clinic who served on a federal advisory committee that reviewed the Pfizer vaccine, said during the town hall that although vaccine data is limited, “the efficacy and the benefits clearly outweigh any risks.”

“You may feel very tired, you may have a headache, you may be unable to function at work for one day, but those are effects that usually last for 24 hours and they typically resolve within three days,” Gea-Banacloche said, adding that those side effects of the vaccine are “nothing compared with even a mild case of COVID.”

The vaccine is just as effective in people of color, he said, noting that the process around authorization has been “extremely transparent” and that clinical trials included people from different racial and ethnic backgrounds. Pfizer reports 26% of participants in its vaccine trials identified as Hispanic or Latino and 10% as Black.

“It’s very important to be aware that nothing has been under the table in the authorization of these vaccines,” Gea-Banacloche said.

In an interview with Arizona Horizon, Gea-Banacloche added there has been “a big effort” on the part of the federal government to make vaccine information available to those who don’t speak English; the U.S. Food and Drug Administration has fact sheets in more than 20 languages.

Charlene Tarver, head of the Black Arizona COVID-19 Task Force, said racist incidents of the past have dramatically decreased the willingness of people of color to participate in the vaccine process and that without more comprehensive outreach, they won’t be signing up.

“Given historical disparities and distrust … there needs to be a much more intentional strategy around how to educate communities of color about COVID-19, about what the public health aspect of this looks like and how the vaccination would roll out, and I think we missed the mark on that,” she said.

“I think that there needs to be a much more intentional public health campaign across the state … that speaks to the concerns and challenges of those communities.”

That can start at home, Ivan Porter, a nephrology specialist at the Mayo Clinic in Jacksonville, Florida, said in the town hall, noting that everyone has an individual responsibility to protect those they care about through education and partnership.

“We have to concentrate on the data that we have,” Porter said. “It is OK to be afraid about what we don’t know, but that doesn’t mean we can ignore the data that’s in front of us. That is what we know.”