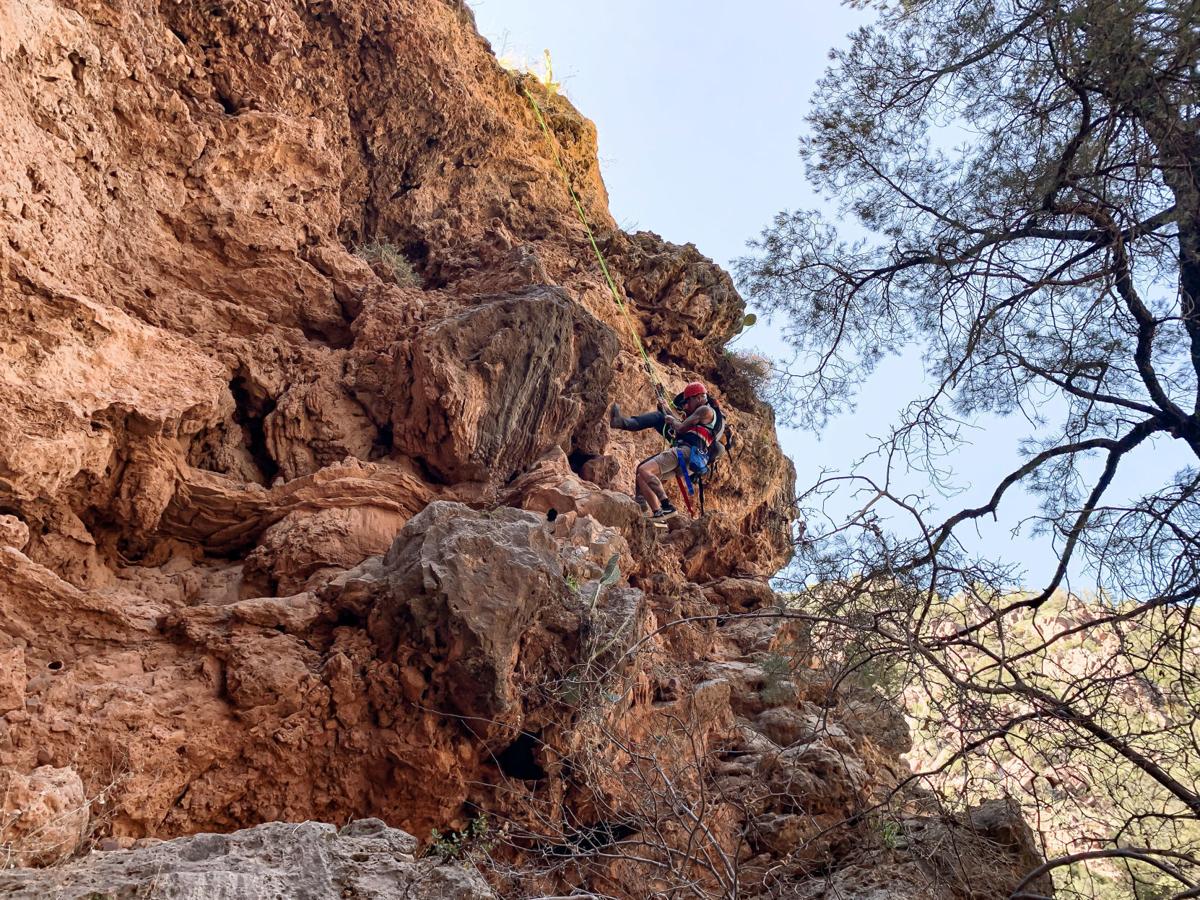 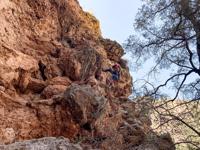 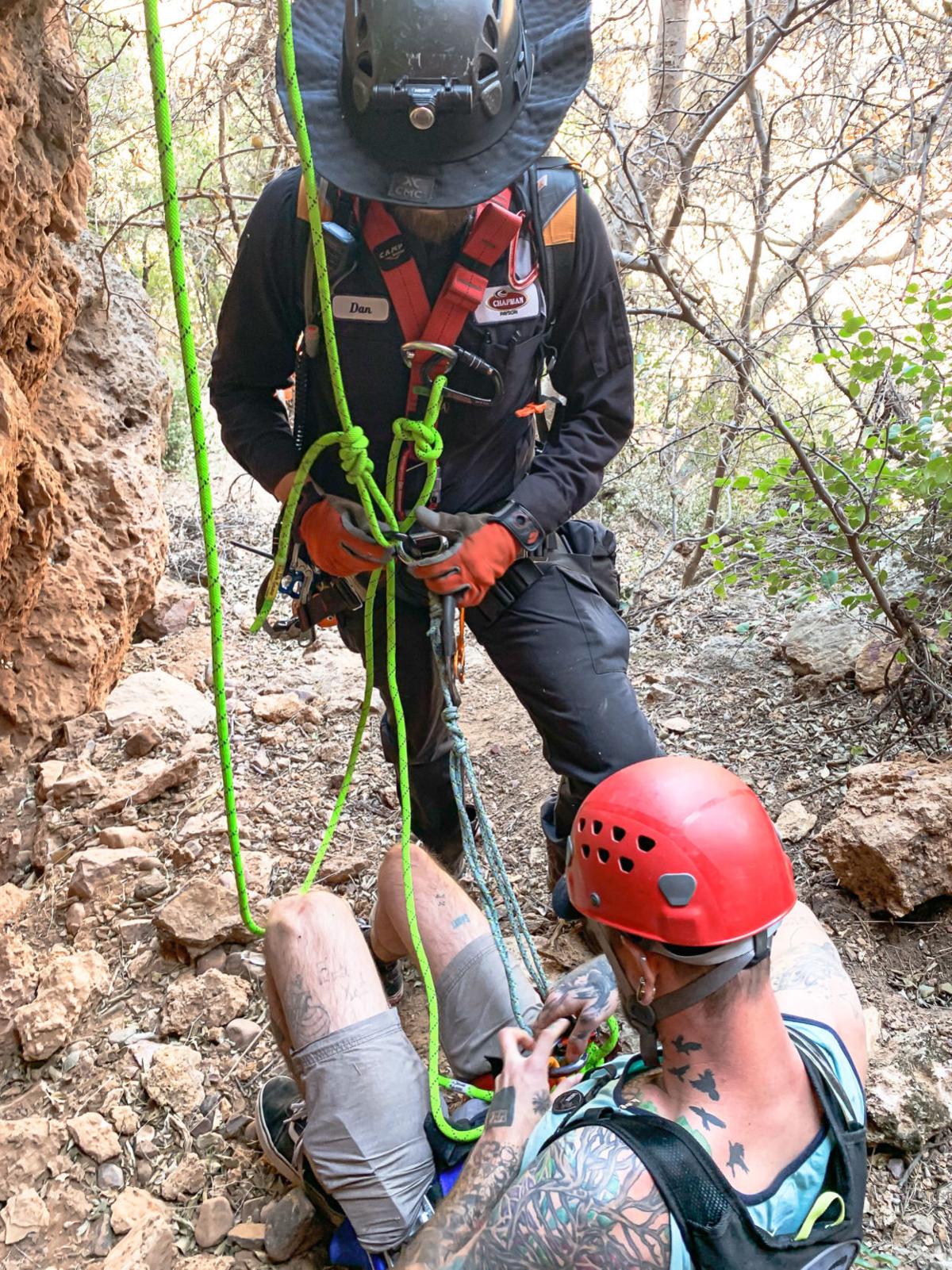 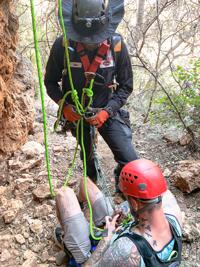 A Tonto Rim Search and Rescue volunteer helped a man off a cliff at Tonto Natural Bridge State Park Monday. No one was injured. 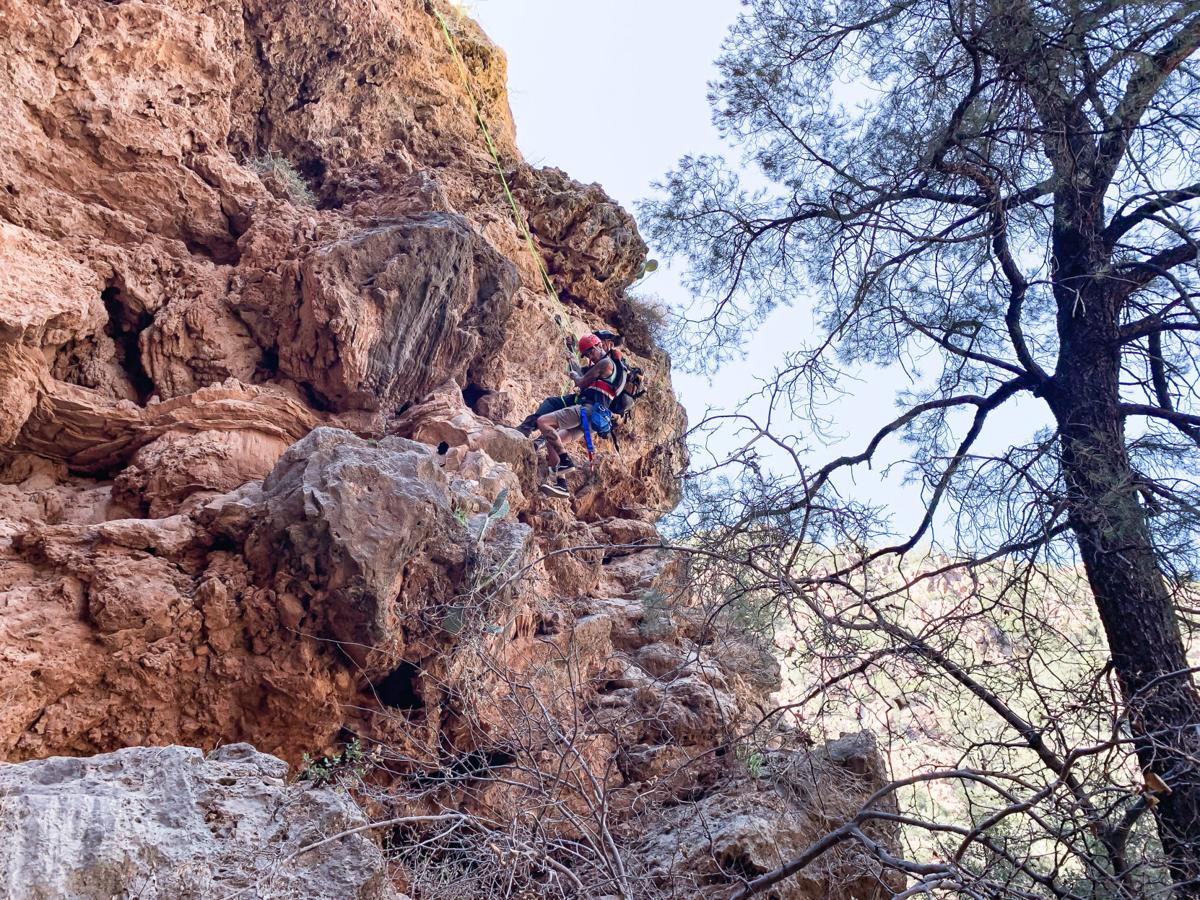 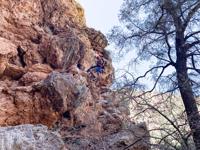 A Tonto Rim Search and Rescue volunteer helped a man off a cliff at Tonto Natural Bridge State Park Monday. No one was injured.

PAYSON -- If the summer stays as hectic as the last week, then Tonto Rim Search and Rescue stands to have one of the busiest years to date.

In the past week, the volunteer group has responded to five rescues.

“It is a pretty busy start to the year,” said TRSAR Commander Bill Pitterle. The rescue season typically kicks off in May when the weather warms up and unprepared hikers find themselves in need of help because of dehydration. But recent warm temperatures meant things started sooner than normal.

“We had some warm weather come faster than normal,” he said. “It caught a lot of people off-guard in terms of water.”

Things kicked off Wednesday, March 31 with a call for help at Fossil Creek and ended Monday at Water Wheel with another injured hiker.

On Monday, a man had attempted to climb out of the canyon at the Tonto Natural Bridge State Park, just north of the bridge opening.

About 15 feet from the top, the man got stuck, unable to go up or down due to the crumbly rock face.

A hiker spotted the man and asked if he needed help.

TRSAR had a volunteer team member rappel down to the man and get him into a harness. They were both then lowered to a lower trail safely. No word where the man was from. The whole rescue took about 30 minutes.

At Fossil Creek, the busiest location for rescues every year, TRSAR, the Gila County Sheriff’s Office and Pine-Strawberry Fire got called out about 5 p.m. March 31.

It was reported that a woman was unresponsive near the bottom of the Bob Bear Trail (formerly Fossil Springs Trail). Rescue crews encountered the woman, who was hiking out under her own power, about a mile from the parking lot. Crews assessed the subject and hiked out with her to the safety of the parking lot.

On Friday, April 2, TRSAR was called again to Fossil Creek, this time for another unresponsive woman, this one in an area known as the toilet bowl near the creek.

P-S Fire called for a helicopter and DPS Ranger airlifted the woman out to a trauma center as she had not regained consciousness, Pitterle said. TRSAR stood by in case additional assistance was needed.

That night, around 4:30 p.m., TRSAR, GCSO and the Payson Fire Department carried a woman out of the Water Wheel recreation area who had injured her ankle.

Finally, on Sunday night, TRSAR was called again to Fossil Creek, this time for a woman who had injured her ankle near the bottom of the Bob Bear Trail. Pitterle sent in the mounted team of TRSAR, who used a horse to carry the woman out to the trailhead.

“It seems like it is going to be a busy season this year,” Pitterle said.

“Even more than you think you need,” he said.

Alexis Bechman is editor of the Payson Roundup, a division of Kramer Media.