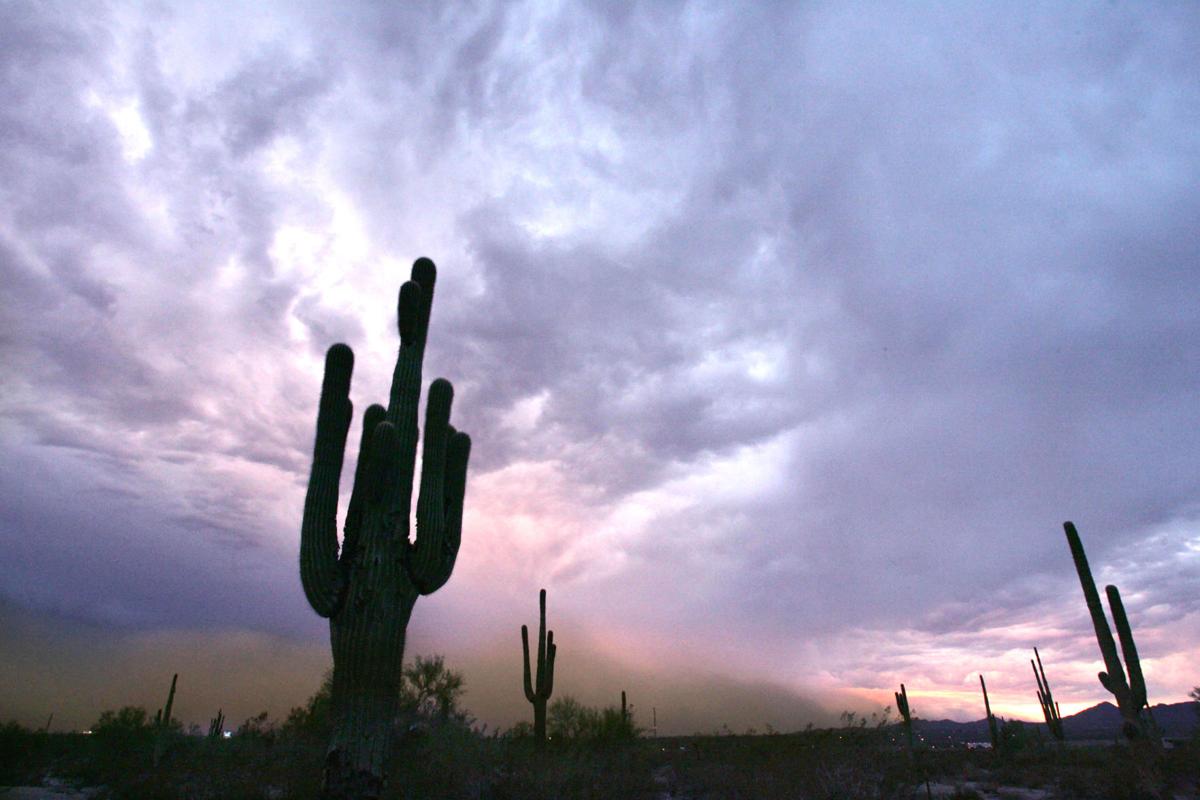 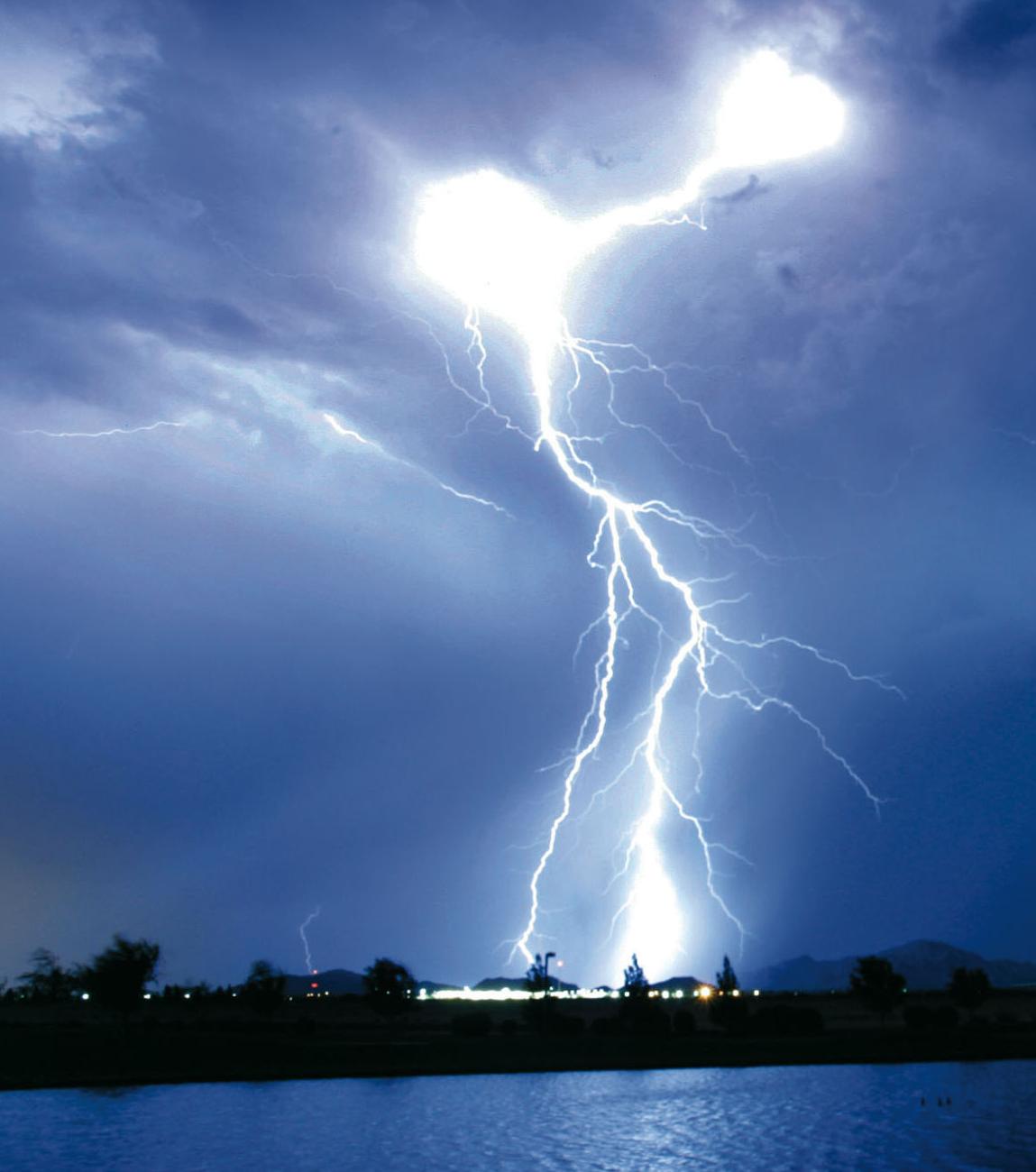 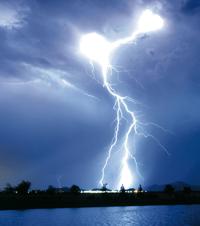 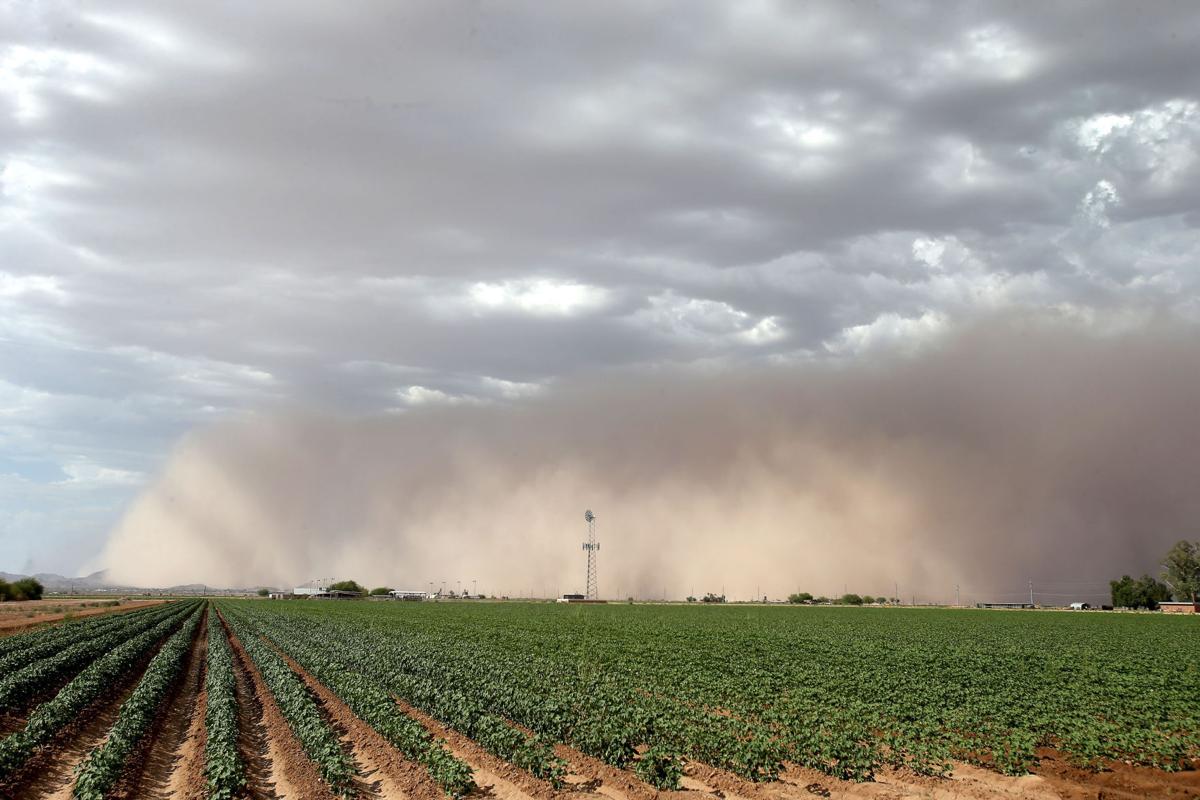 A dust storm moves into the Casa Grande Valley from the northeast July 5, 2018, as seen form Florence boulevard east of Interstate 10. 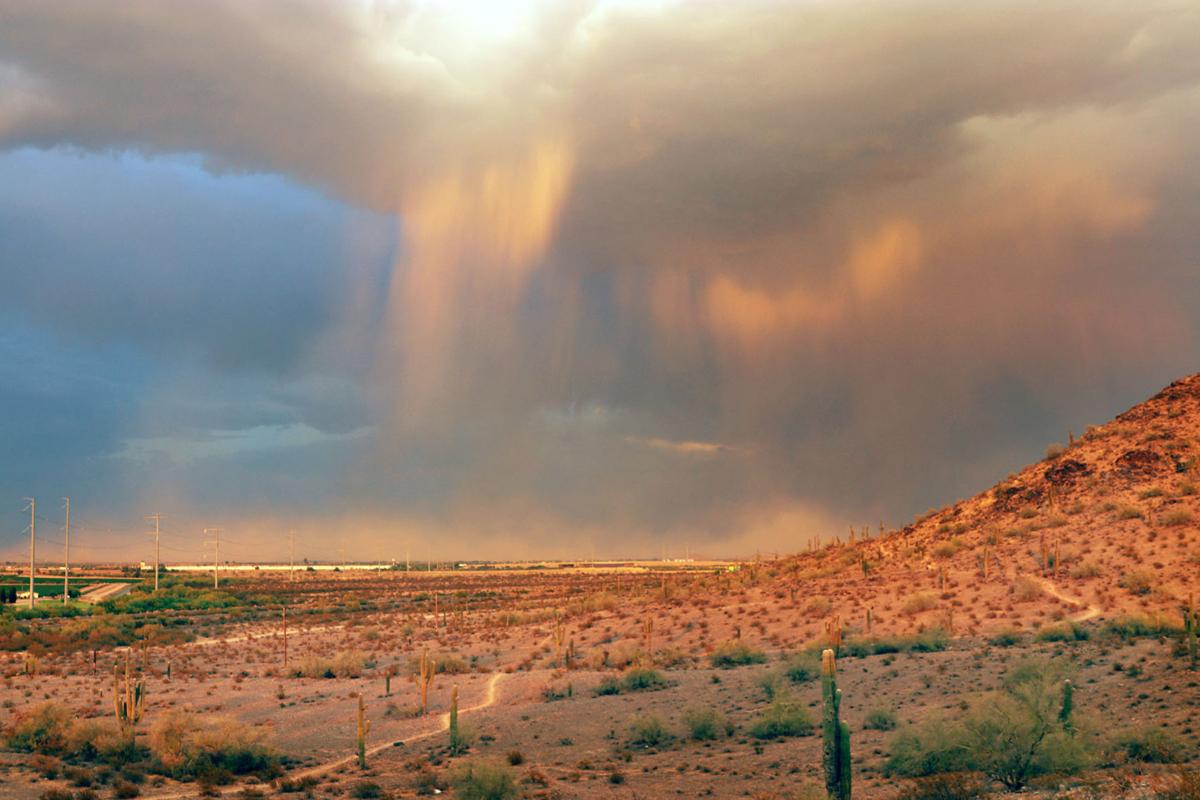 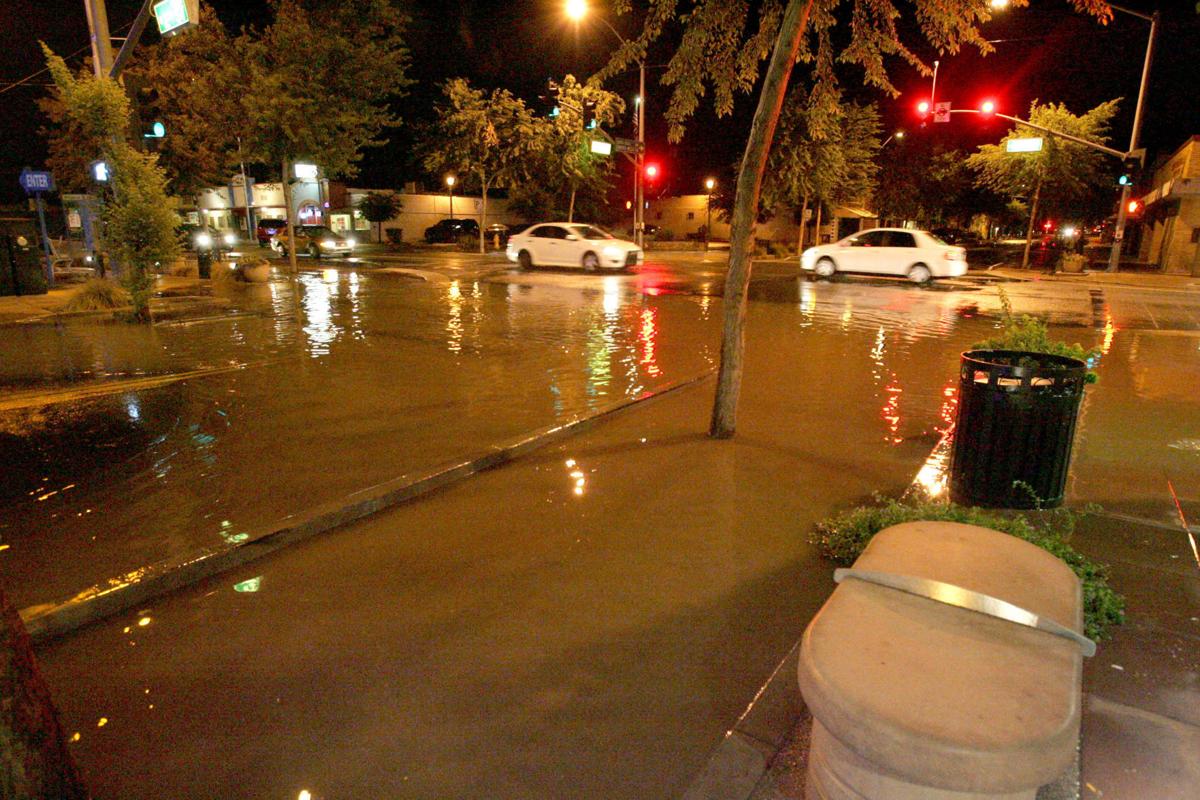 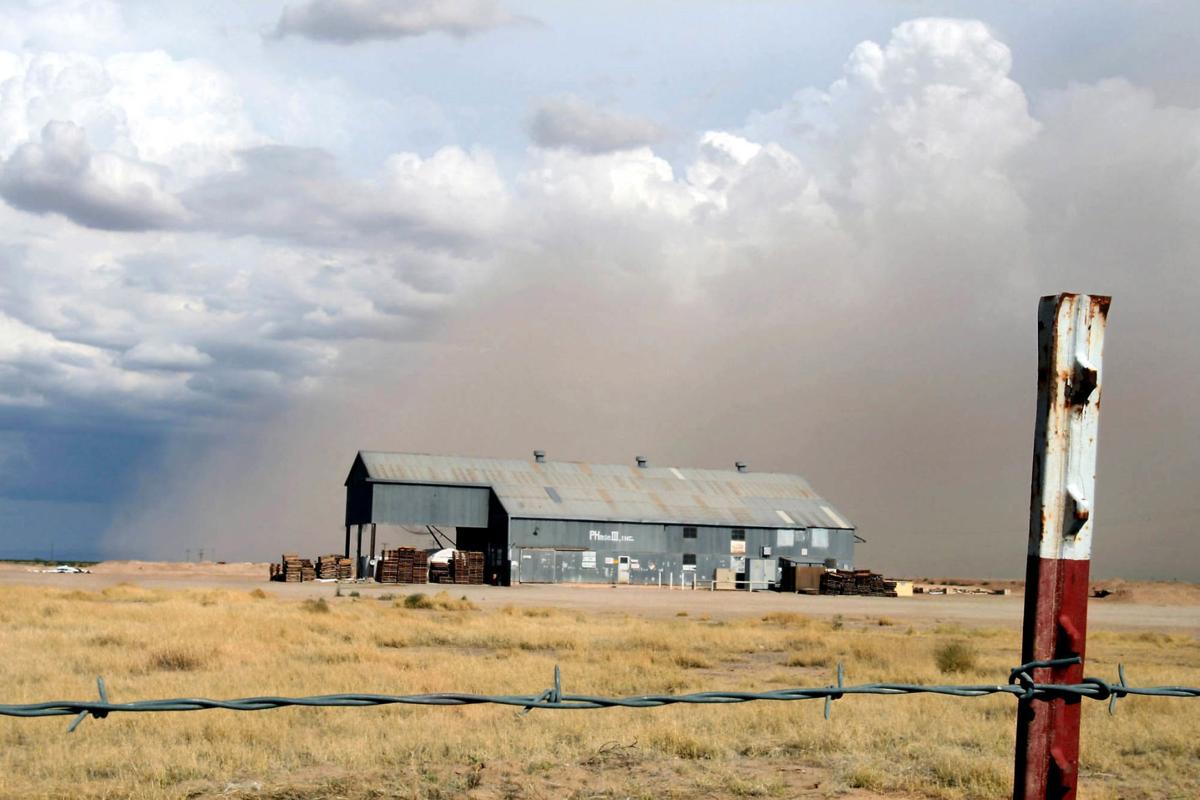 A dust storm moves toward a cotton gin southeast of Florence Boulevard and Hacienda Road on July 23, 2007, in Casa Grande. 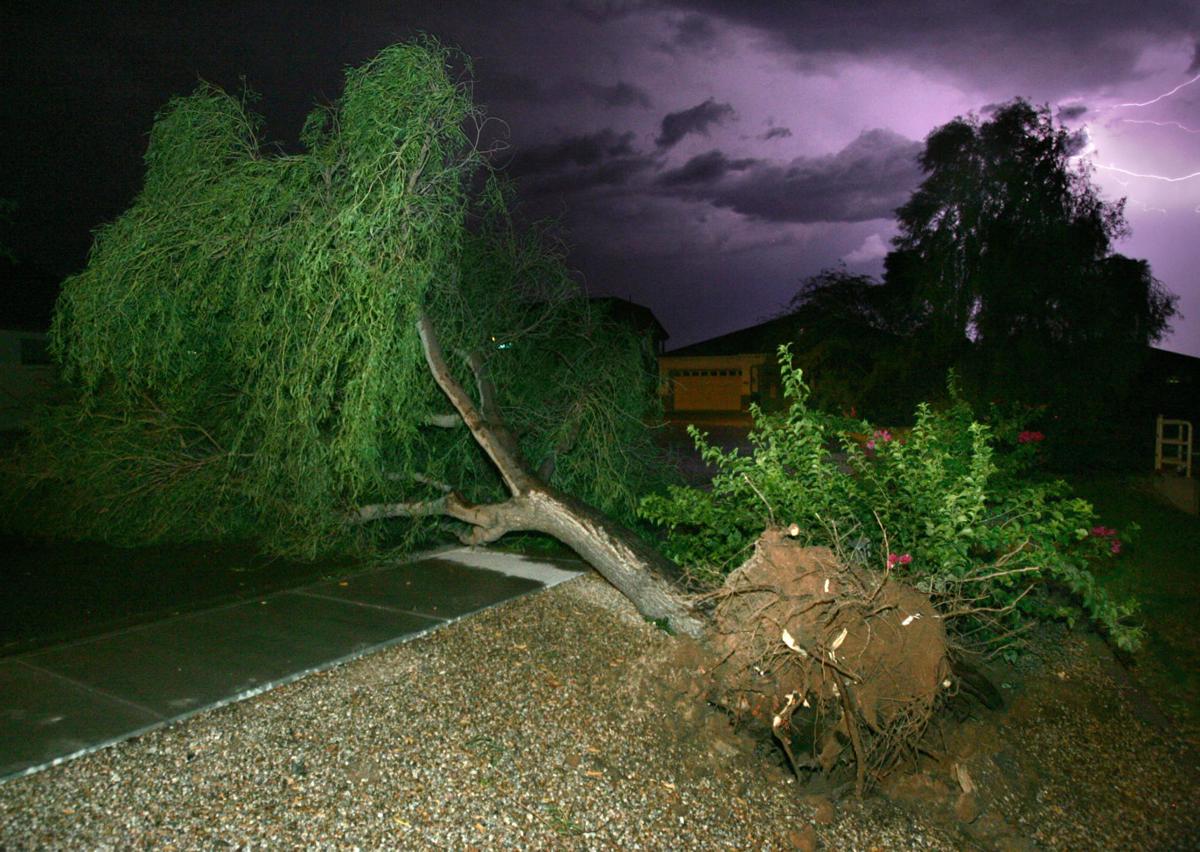 A dust storm moves into the Casa Grande Valley from the northeast July 5, 2018, as seen form Florence boulevard east of Interstate 10.

A dust storm moves toward a cotton gin southeast of Florence Boulevard and Hacienda Road on July 23, 2007, in Casa Grande.

Veteran meteorologist Paul Pastelok, who leads AccuWeather’s team of long-range forecasters, has painted a picture of what people can expect across the West this summer, which officially begins at 11:32 p.m. on June 20.

“This year, we do feel we see signs that the monsoon will be stronger than last year and will provide enough precipitation to at least help the folks in the short term in the interior Southwest,” Pastelok said.

Last summer, the monsoon was virtually non-existent with barely any rain falling across the region. Las Vegas went 240 consecutive days without measurable rainfall (0.01 of an inch or greater), smashing the previous record by nearly 100 days, the National Weather Service said.

Phoenix also experienced an exceptionally dry summer last year, and the lack of clouds and rain from the monsoon propelled the city to break the record for the most 110-degree days in a calendar year. The city tallied 53 days at or above 110 F, blowing past the previous record of 33 days set in 2011. The city is not likely to come close to this record again in 2021 due to the moisture from the monsoon.

Moisture and thunderstorms associated with the monsoon are expected to ramp up in July and last into September, periodically sparking flash flooding and dust storms while also delivering beneficial rainfall to the region.

“Around 45% of the U.S. is under at least minor drought conditions,” Pastelok said, with a majority of the interior Southwest experiencing severe, long-term drought conditions. This includes nearly all of Arizona, Utah, Nevada and New Mexico.

Pastelok added that although the monsoon this year will be much more active than last summer, it may be far from one of the wettest on record. It is not likely that enough precipitation will fall to erase the long-lasting drought conditions.

California experienced its third-driest winter in history which has left water reservoir levels well below normal, and with minimal snowpack across the mountains, there will not be much snowmelt to feed the reservoirs throughout the summer.

A drought emergency was issued for several counties in California on April 20 due to drought conditions with the potential for Gov. Gavin Newsom to declare a more widespread drought emergency in the coming months.

Water use restrictions are likely to “come into play during the course of the summer season,” Pastelok added.

The parched earth has left vegetation dry ahead of the hot summer, setting the stage for another active wildfire season across California.

Researchers from San Jose State recently found that moisture content levels in vegetation samples were the lowest in a decade.

“We might have bigger fires earlier in the season than we typically would if we had more of a wet year,” Craig Clements of San Jose University Fire Weather Research Laboratory told AccuWeather National Reporter Bill Wadell.

Colorado, Utah, Nevada and Northern California will face the highest risk of early summer wildfires before the fire threat shifts as the season progresses.

In 2020, Colorado experienced its four largest wildfires in state history. The Cameron Peak Fire was the biggest, scorching more than 208,000 acres. Previously, the record for the largest wildfire was more than 139,000 acres set in 2020.

Northern California is another area of concern to Pastelok early in the summer with the potential for several significant fires. This is the same part of the state that fell under a lightning siege last summer with lightning bolts sparking several fires that went on to become among the largest in the state’s history.

This includes the August Complex fire, which initially consisted of dozens of small fires sparked by lightning that eventually grew and merged into one large firestorm that engulfed more than 1 million acres.

Although the winter and spring were not nearly as dry across the Pacific Northwest as it was across California, the hot and dry summer weather will lead to an elevated wildfire risk across the region as well.

The fire danger across Nevada, California, southern Oregon and southern Montana is of particular concern to Pastelok later in the summer and into early autumn.

Pastelok warned that people should “be prepared” for a potentially intense fire season. This includes brushing up on a few simple tips that could make a big difference if a fire approaches.

Brian Lada is an AccuWeather meteorologist and staff writer