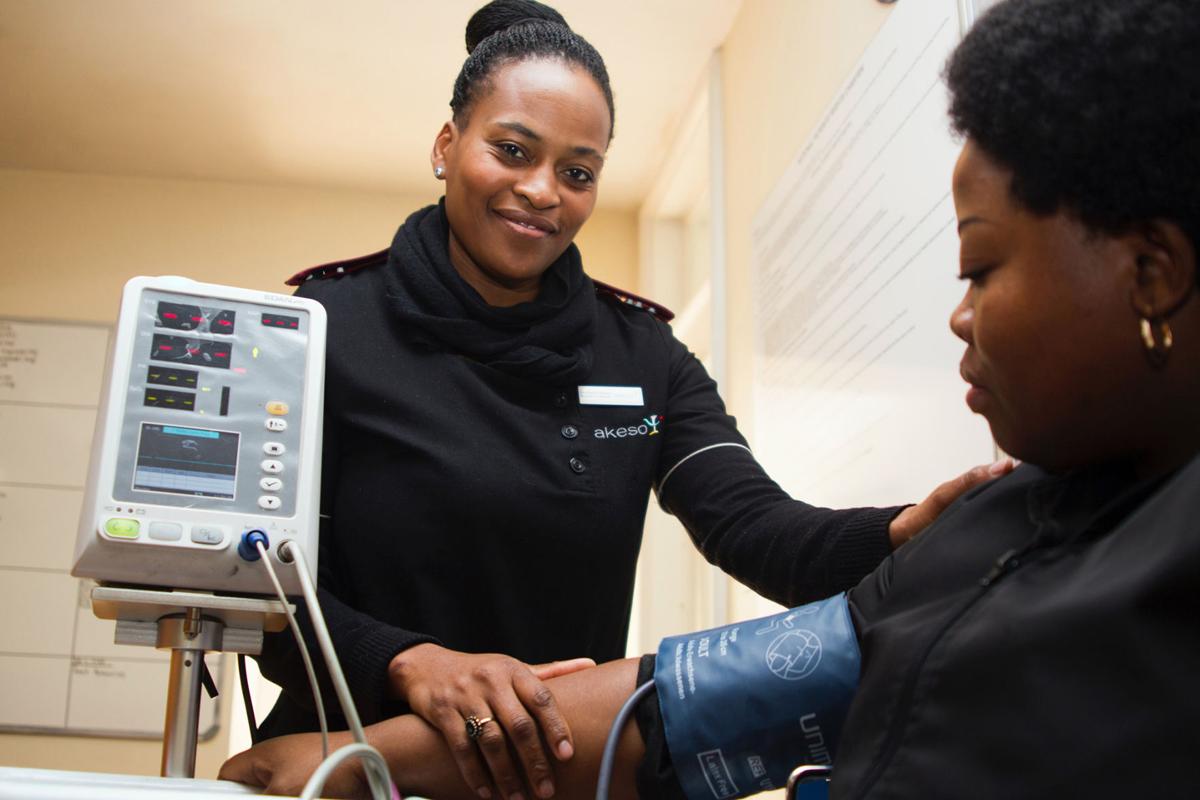 After steady declines in Affordable Care Act enrollment under President Donald Trump, the Biden administration is holding a special 90-day open enrollment period for health coverage under the ACA - also known as Obamacare - in the face of the ongoing COVID-19 pandemic. (Photo by Hush Naidoo/Unsplash) 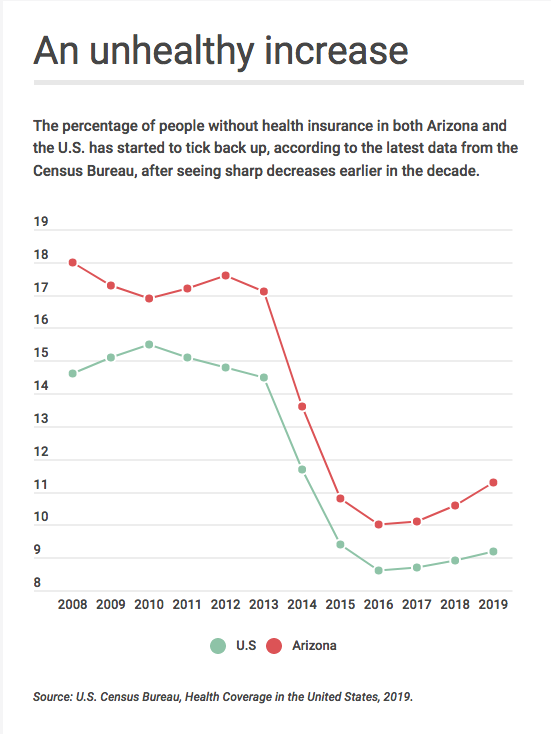 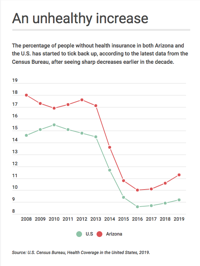 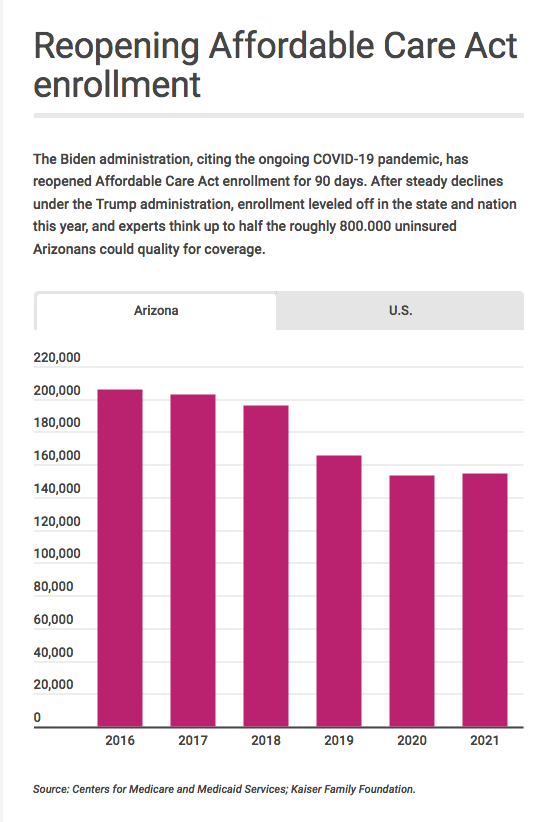 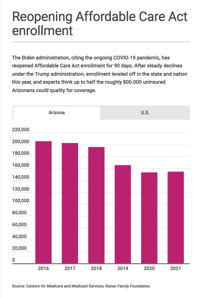 WASHINGTON – Health advocates welcomed Monday’s reopening of enrollment for Affordable Care Act coverage, saying the opportunity for more people to get or renew their health insurance could be “really good for Arizona.”

The normal period for Americans to sign up for coverage ended Dec. 15, but President Joe Biden called for this special 90-day open enrollment period in response to the ongoing COVID-19 crisis.

The change could open the door to subsidized health insurance for thousands in Arizona, where as many as 900,000 people may not have health insurance, according to Dr. Dan Derksen, director of the University of Arizona Center for Rural Health. Derksen said as many as half of those people could get covered under the ACA.

“This extension of the open enrollment period Is a way that we can get more information out there so that people understand what they might be eligible for, and then get enrolled,” Derksen said Monday, the first day of open enrollment.

Matt Eyles, president and CEO of America’s Health Insurance Plans, praised the decision to reopen the enrollment period as a “timely and targeted” solution that is “exactly what Americans need.”

“Every American deserves access to affordable health coverage and high-quality care, and that is especially true during a pandemic,” Eyles said in a written statement. “We appreciate the Biden administration for providing this additional opportunity for hardworking American families to enroll in coverage for their health and financial security as they continue to fight to overcome the COVID-19 crisis.”

The move also allows for further gains in enrollment under the ACA – also known as Obamacare – after years of steady declines under the Trump administration. Enrollment fell from 9.6 million nationwide in 2017 to 8.2 million in the open enrollment that ended in December. In Arizona, the numbers fell from 203,066 to 154,504 over the same period.

Advocates said the declines, which leveled off last year, were due to an “erosion” of support under President Donald Trump, including fewer staff to help people navigate the marketplace, shorter enrollment periods and a decrease in outreach resources.

The special open enrollment period, which is open until May 15, is the second move in two weeks by the Biden administration to reverse Trump administration policy in regard to the ACA.

The Supreme Court in November heard arguments in a case challenging the constitutionality of the ACA, and the Trump administration had sided in that case with opponents of the law. But the deputy solicitor general wrote the court on Wednesday to say the Biden administration “has reconsidered the government’s position” and now argues that the law is constitutional and should stand, even if the court finds part of it is flawed.

The reversals are not surprising, said Will Humble, executive director of the Arizona Public Health Association, who called the Trump administration a “little hostile” to the ACA.

“I think we have people who are making decisions to use the funds that they currently have and ways to actually try to motivate and engage people in the marketplace, which was not the case under the Trump administration,” Humble said.

That was echoed by Derksen, who said that most people “realize that with the change in leadership at the national level there would be a renewed interest in the Affordable Care Act coverage availability.”

Health insurance in the ACA marketplace is open to anyone, but the plans are designed to provide low-cost or no-cost coverage based on patients’ income.

Advocates said many will find they can get coverage through Medicaid or the Children’s Health Insurance Program, which in Arizona go by the names Arizona Health Care Cost Containment System and Kids Care, respectively. People who exceed the income limits for those programs may still be eligible for tax rebates to make the coverage affordable.

Interested people should go to Healthcare.gov for more information about their eligibility for coverage. In Arizona, a good place to start is CoverAZ.org, where people can get free advising on their eligibility and the best plan for them, said Marcus Johnson, director of state health policy and advocacy at Vitalyst Health Foundation.

He said it is important to realize that whatever the Supreme Court rules in the ACA case, it will have “no bearing on this current open enrollment opportunity.”

“Now is the time to jump on board and see what you qualify for if you don’t have health insurance coverage,” Johnson said Monday.