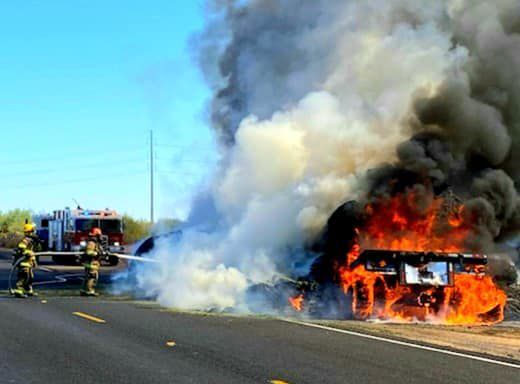 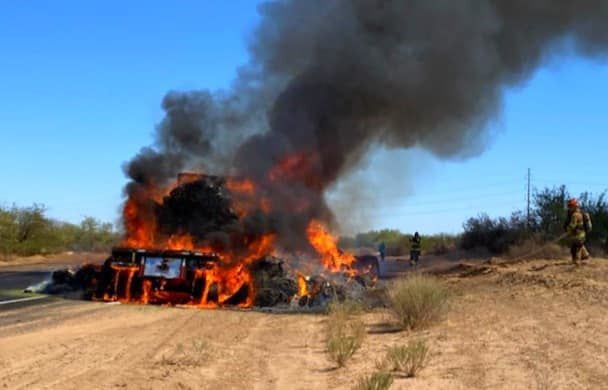 Sunland Gin Road was closed Friday after as Eloy firefighters tackled a hay fire on a truck.

Sunland Gin Road was closed Friday after as Eloy firefighters tackled a hay fire on a truck.

ELOY – Eloy Police are asking motorists to avoid the area of Sunland Gin Road and Kenyon Road south of Arizona City because of vehicle fire.

Eloy firefighters are currently fighting a fire involving a trailer hauling a load of hay, according to a department Facebook post. Smoke from the flames is drifting across the roadway causing visibility issues, according to Eloy Police.

Eloy Fire District warned that it will take some time to put the fire out and then firefighters will have to separate the hay bales in order to make sure that the does not continue to smolder.