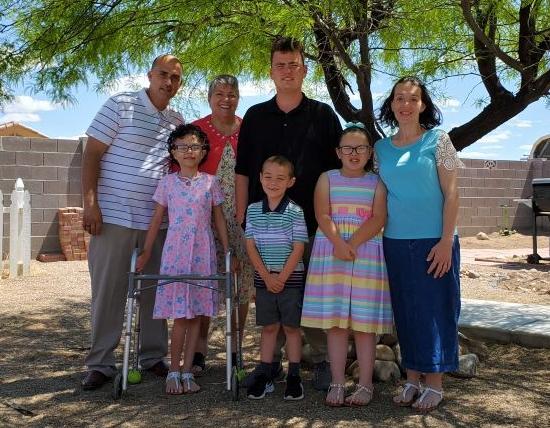 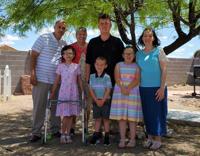 Oliviah Hill is shown with her family. 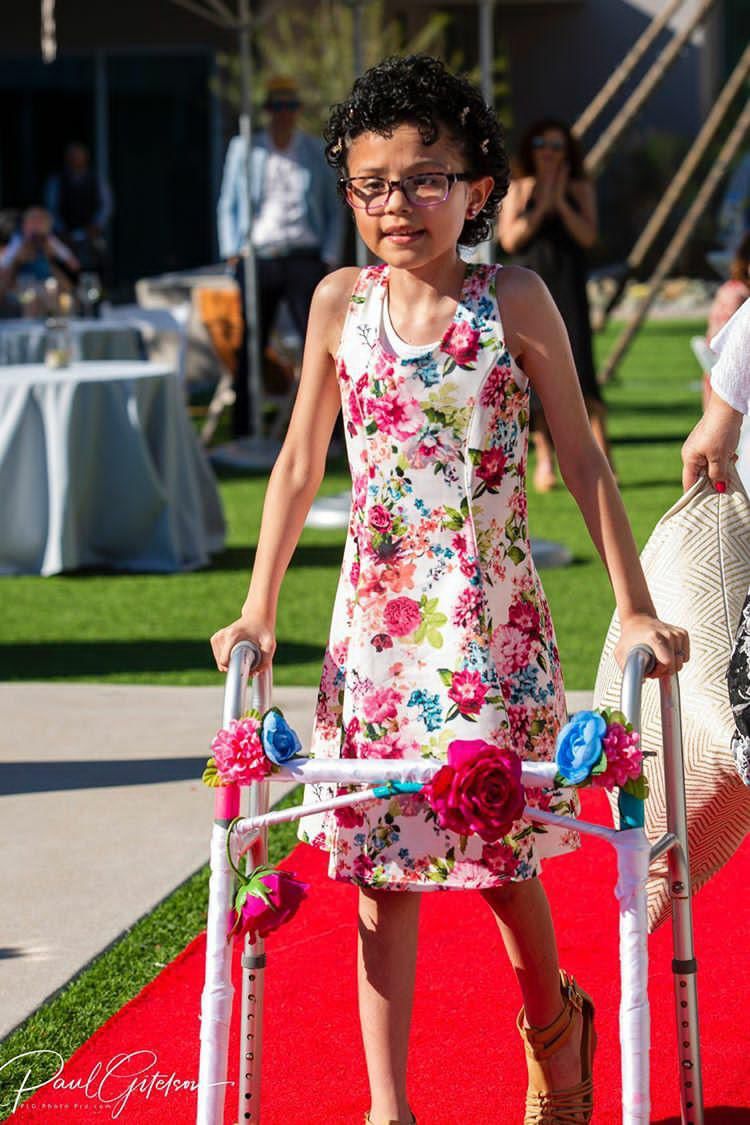 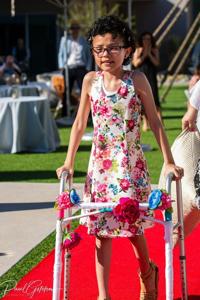 Oliviah Hill stays cheerful in spite of her pain. She can no longer sit down, lie on her right side or walk without a walker. 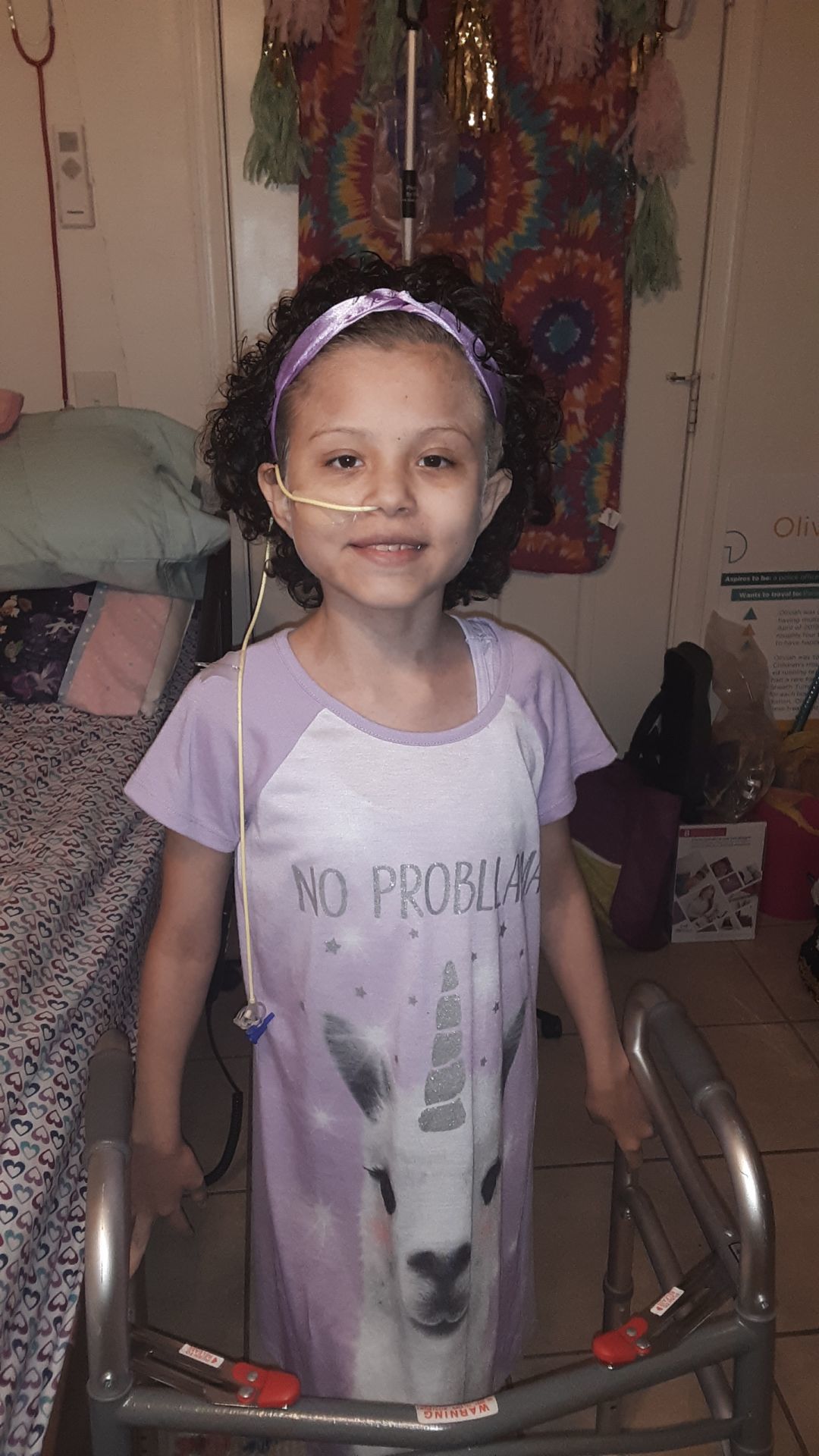 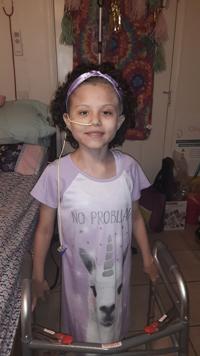 Oliviah Hill is shown with her family.

Oliviah Hill stays cheerful in spite of her pain. She can no longer sit down, lie on her right side or walk without a walker.

ARIZONA CITY — Volunteers are hoping to find a new house and financial assistance for the family of a 10-year-old with a rare and aggressive form of cancer.

Oliviah Hill hasn’t been able to sit down, lie on her right side or walk without a walker for more than a year. She has undergone 10 surgeries and has a large open wound where much of her right buttock muscle has been removed.

“She’s in a lot of pain but she’s always cheerful,” said her mother, Leann Riddle.

Until about a year ago, Oliviah was an ordinary, healthy girl. She was looking forward to going swimming with friends when the family went to buy her a swim suit one spring day.

“I was watching her walk in the store and noticed something seemed funny about the way she was walking,” Riddle said. “When she went in to try on the bathing suit, I noticed her buttock was swollen. I took her to the doctor thinking it was a spider bite. I wasn’t even thinking of cancer.”

After a series of tests and scans revealed that the swelling was due to a tumor, she was admitted to the pediatric oncology unit of a Valley children’s hospital.

She was diagnosed with neurofibromatosis type 1, a condition in which often benign tumors can grow on various parts of the body. But Oliviah’s NF-1 tumor was on her stomach and it wrapped around various other organs.

It had grown so large that it broke off and caused other, malignant tumors, Riddle said.

She also was diagnosed with malignant neoplasm of peripheral nerves and autonomic nervous system and hydronephrosis of her right kidney. Her condition was deemed rare and aggressive.

“They couldn’t remove the stomach tumor because it was too dangerous,” Riddle said. “It was a lot to take in.”

She was put on a course of chemothearpy and radiation treatments.

“She never got sick from the chemotherapy, but she was tired and all of her hair fell out. She’s always been such a fashionista that she was devastated by losing her hair. She had such pretty long, black hair,” Riddle said.

During a surgery to remove the tumor from her buttock, Oliviah’s heart stopped. While her heart was restarted, she remained unconscious for more than 24 hours.

“The doctors weren’t sure why she coded during that surgery,” Riddle said. “She also never made it to her 13th week of chemo because her heart rate went up too high.”

Removing the tumor required that much of the muscle also had to be removed. The wound required 44 stitches and Oliviah had to learn to walk again using a walker. She’s had nine consecutive surgeries to her buttocks and legs in attempts and slow the progression of her cancer and requires permanent ongoing wound care at home.

“She still has cancer,” Riddle said. “She was supposed to do 20 weeks of chemo therapy but we never got that far. When she was having chemo, she went from 80 pounds to 50 pounds.”

Caring for the wound is a full-time job. While Oliviah’s father works construction, Riddle had to quit her full-time job to care for her child, leaving the family struggling financially.

The family, which includes Oliviah along with her mother, father, brother and sister, currently live in a three-bedroom home with Oliviah’s grandmother and others in Arizona City.

The conditions are not ideal, said Kembly Mourelo of the Alliance Cancer Support Center in Casa Grande, who began a fundraising effort to help the family.

“She currently shares a house with 10 people and shares a room with her parents and sister. She needs more space,” Mourelo said. “Oliviah’s condition is extremely painful, incredibly debilitating and is something no person on this Earth should have to experience, let alone an innocent 10-year-old child.”

Ideally, Oliviah needs a new home in Casa Grande within 20 minutes of the Valley so she can be closer to doctors, Mourelo said.

Riddle said they’d like to rent, but their income shortfall is about $300 a month for a suitable home in Casa Grande.

Fundraisers are aimed at helping to cover living expenses and costs associated with medical care, which include surgeries, wound care, special medical furniture, handicap accessible changes to the home and overall expenses.

“Oliviah has continuous wound care and medical needs,” Mourelo said. “Her family is very proud and personally saddened and humbled to request financial assistance on a monthly basis, but their daughter Oliviah’s tragic situation unfortunately warrants it at this time.”

Mourelo said the family has received some donations from the Casa Grande Rotary Club and other organizations, but much more is needed.

A Go Fund Me account has been started with a goal of raising $100,000 for the family to cover the cost of housing and other expenses.