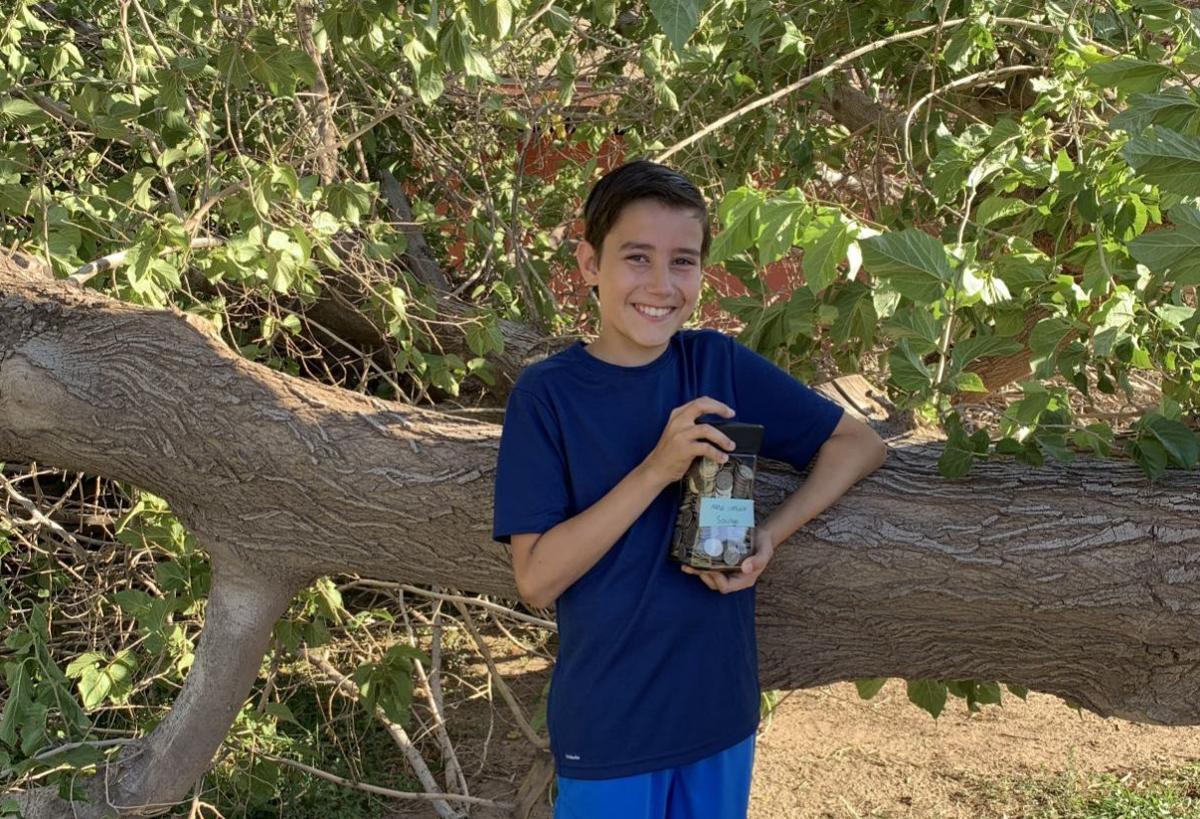 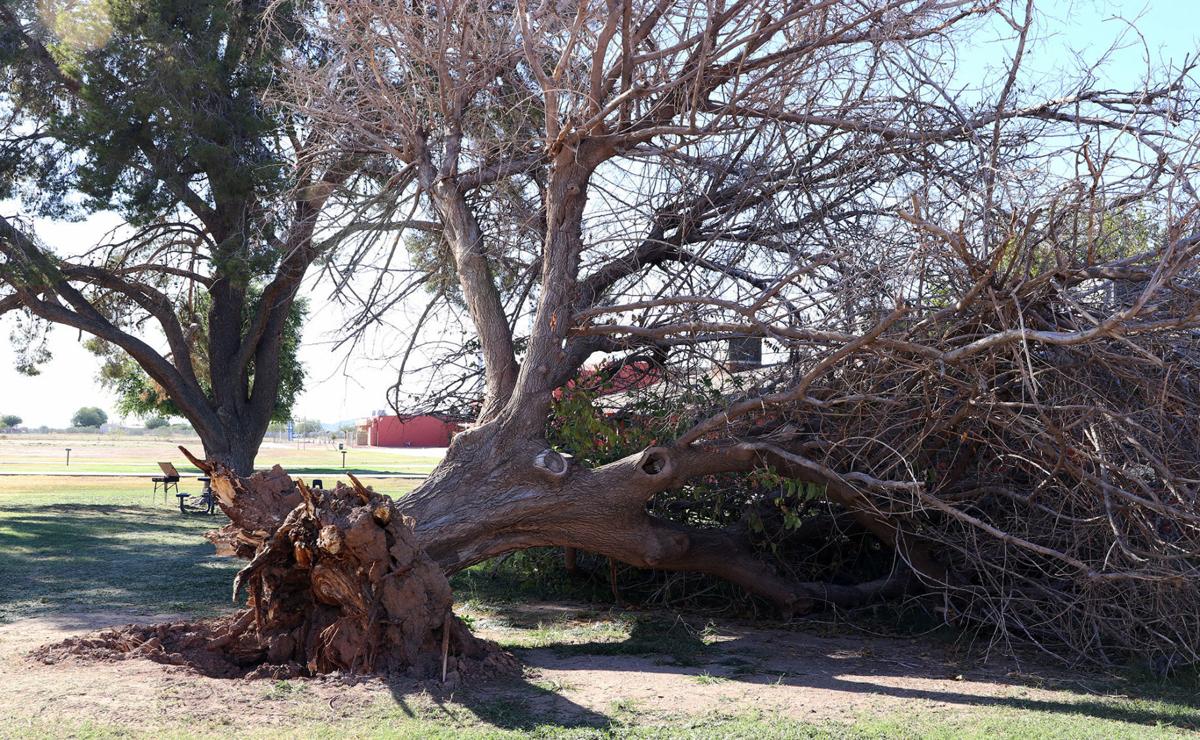 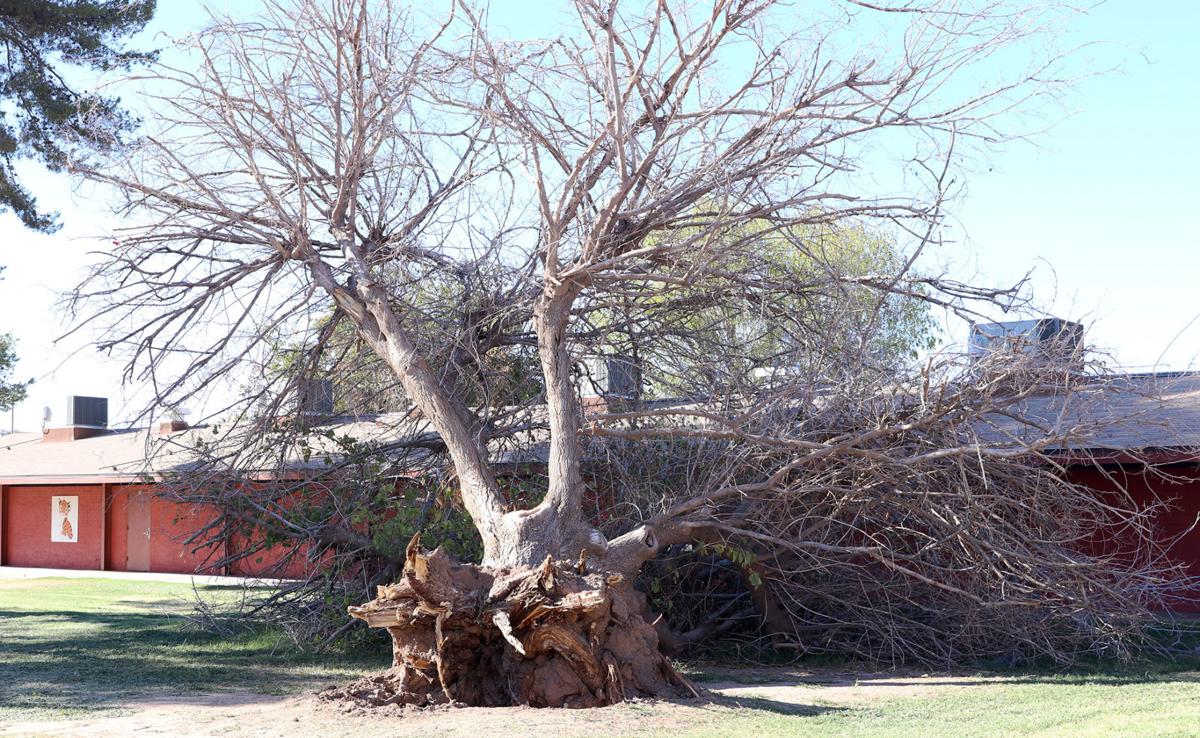 This fallen mulberry tree at Toltec Elementary School has not yet been removed. 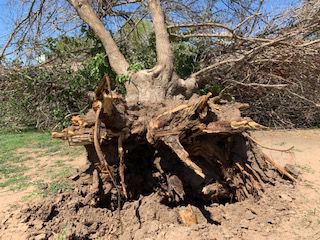 A tree on the Toltec Elementary School campus was uprooted during a storm last month. 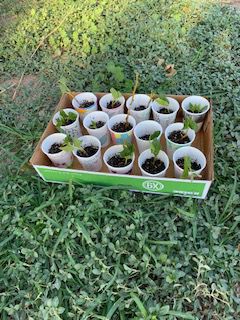 Students from the horticulture program at Toltec Elementary took clippings of the mulberry tree to replant.

This fallen mulberry tree at Toltec Elementary School has not yet been removed.

A tree on the Toltec Elementary School campus was uprooted during a storm last month.

ARIZONA CITY — A storm last month caused chaos in Eloy and Arizona City, uprooted a tree at Toltec Elementary School, which led to a fifth grade student donating the money he was saving to buy a gaming console to replace it.

“I saw the superintendent on the campus, and I saw her feeling bad about the tree being fallen down,” Ariel Korenstein told PinalCentral. “I saw other people getting down about it.”

The mulberry tree that was uprooted had been on the campus since the school opened back in the mid 1950s.

Principal Misty Huffman also went to school at Toltec Elementary and understands the tree’s significance to the campus.

“It’s always been a tree that’s out in the center of our campus and we’ve had so many different activities there,” Huffman said. “We read to the kids under the tree, we’ve played all kinds of healthy games out there because that tree provided so much shade. It means a lot to us and when it fell a lot of people were upset over it.”

Huffman has worked in the Toltec School District for 10 years and has been the principal at Toltec Elementary for the past four years. In all her time there she has never seen a student take that type of initiative.

“It’s a pretty big thing that he did. That’s the first time I’ve seen that,” Huffman said. “I was very, very proud of him. I almost wanted to cry, it was very generous and kind of him.”

Ariel went to Huffman and donated his savings of nearly $160 to help the school replace the mulberry tree.

“I just liked its beauty and its shade around the school,” he said. “It looked very nice out there. Also I kind of cared about the tree, like it looks bad on the school if a tree has fallen down, so I wanted to help out.”

Ariel had been saving up for about a year to buy a new video game console but put aside his own wants to help the school.

“I thought like I already have enough and I wanted to give to some place that needed something,” he said. “I had what I needed at the time and I didn’t really need that money anyway so I just gave it.”

Ariel had previously heard about someone making a donation on a different occasion and he decided that he wanted to help get a new tree.

He also tried to get his classmates to help out.

The tree is currently still down on the campus as it will take a lot of help to cut it up to remove it.

Additionally the school has a horticulture program and the students have taken clippings from the tree and replanted them to at least keep the history of the tree on the school campus.

Huffman added that the school will try to raise more funds because the parents are also concerned about replacing the tree.