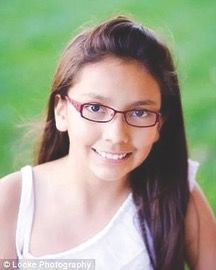 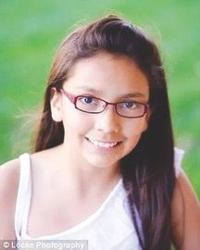 Ana Marie Macia was killed Christmas day 2013. The 13-year-old is one of six area children who were homicide victims that year. 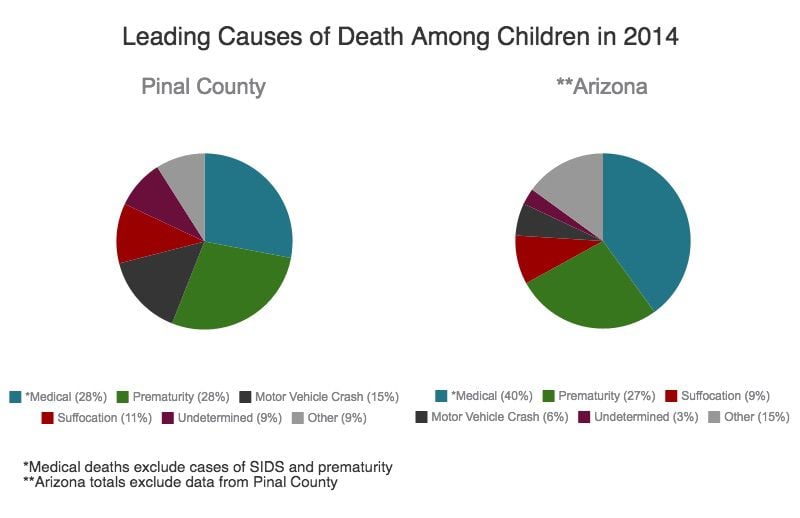 Ana Marie Macia was killed Christmas day 2013. The 13-year-old is one of six area children who were homicide victims that year.

The 13-year-old victim had refused pills intended to cause the same fate. Her three siblings accepted the prescription drugs rather than fight back as Ania did, and they survived — a painful twist of irony.

Her mother, Connie Villa, is charged with first-degree murder and the attempted murder of the surviving children as well as their father; Villa allegedly stabbed her ex-husband as he tried to collect the kids that day. Her trial is scheduled to begin early next year, though according to a court document filed on Nov. 15, “it is unlikely that the January trial is viable.”

With obstacles still ahead in the case, Ania’s family declined to comment.

Ania’s death left a Casa Grande family broken. But as tragic as this crime was, it does not stand alone.

Six months before Ania’s death, 2-year-old Collin Smith of San Tan Valley was found unresponsive and alone in his home with his mother’s boyfriend, James Sunderland. Collin had two black eyes, his cheeks and ears were badly bruised as if he’d been slapped.

According to a report by the Arizona Child Protective Services, now the Department of Child Safety, the explanation given did not match the damage.

His mother, Amberlee Query, told authorities Collin fell onto rocks, and his injuries went untreated for days because she did not take him to the hospital. While that explanation alone may have constituted neglect, it was inconsistent with the “patterned bruises to the buttocks” and signs of “multiple blunt force trauma.”

Query later pleaded guilty to two counts of child abuse in accordance with a plea deal. Sunderland went to trial, and a jury found him guilty of Collin’s murder.

One year later, HaeleaMae Trujillo Hawkins died from “acute water intoxication” when Heather Trujillo forced the 3-year-old to drink water as punishment. HaeleaMae’s mother, Ruby Barrientos, knew of the abuse, according to DCS, but failed to stop it.

HaeleaMae’s fatality report listed only Pinal County as the location of her residence, but court documents filed in 2013 placed her mother’s address in Oracle.

And almost exactly two years after Ania Rael Macias was killed, three women who lived just outside Maricopa were arrested in the death of 3-year-old Tiana Rosalee Capps.

Tina Morse, Tiana’s mother, who recently pleaded guilty to child abuse, left the toddler in the care of Shawn Main, who has been charged with the girl’s murder. Maria Tiglao is also charged with child abuse.

Main admitted to having Tiana in her care at the time the toddler suffered what she called self-inflicted injuries that later proved fatal; the medical examiner’s report did not support Main’s claims, and she could face the death penalty.

These four Pinal County cases are examples of a stark reality across the state: Child deaths due to maltreatment have risen, and every such death has been deemed preventable.

According to the 2015 Arizona Child Fatality Review released in November, the number of maltreatment-related deaths rose 15 percent from 2014. Across the state, 87 children died due to events that could have been stopped.

Children like Tiana, whose death was among the 2015 data, could have been saved. But how?

Tascha Spears, director of the Pinal County Attorney’s Office family advocacy centers, said physical abuse may be most commonly associated with a child’s death, but abuse can take numerous forms with various indicators.

For example, certain signs may clearly lead authorities to believe a child has endured physical abuse, as in the case of Collin Smith.

However, indicators may be more external depending on the victim, such as with children under 5 years old, a subset that accounted for 58 percent of preventable deaths in 2015. Spears said very young children may have an inability to defend themselves or may be less verbal about instances of abuse. In those cases, parenting style or evidence of deprivation may be more effective indicators when identifying abuse.

“Sometimes, people may have a conception that physical abuse results in a child fatality, but I want us to think in a broader sense,” Spears said. “In the advocacy center, what we look at as a team are all kinds of factors. … I just want people to understand that children can be at risk when they’ve experienced various types of abuse or neglect.”

Even emotional and sexual abuse can lead to death. Children may develop depressive symptoms that could lead to suicide, which also increased in 2015; the state determined 98 percent of child suicides could have been prevented as well.

Pinal County specific data is not yet available for 2015. A 2014 review showed one child was killed in a homicide and six more committed suicide. The year before that, zero suicides were reported, but six children were the victims of homicide.

While data revealed in the state’s annual reviews paint a bleak picture, Spears said it’s all about keeping children alive.

The numbers suggest a problem, but being aware can lead to a solution.

Spears said individuals do not have to be certain abuse has occurred, but they should report their observations and concerns.

“Those interventions can save the life of a child,” she said.

Signs of excessive discipline, a neglectful home environment or a worrisome parent-child interaction in the public view could be noteworthy observations.

Still, every case is different.

Spears could not comment on specific cases, but in general, she said parents or caregivers need support.

Offering assistance and making constructive, supportive suggestions to exhausted or frustrated parents can make a significant difference. While those parents may not be exhibiting abusive or neglectful behavior — and likely are not the parents whose children succumb to maltreatment — intervention can still be an effective tool to ensure the health and wellness of the entire family.

With that said, Spears said she does not want to discourage people from reporting their concerns and involving professionals who could very well save lives.

Resources like those available through the family advocacy centers may be better equipped to provide immediate services not just for children but also for parents themselves and witnesses of violence.

In Pinal County, Spears said providing substance abuse treatment to parents and fighting back against suicidal thoughts in children are of particular concern. Combatting those challenges can be especially difficult without the help of experts, so a gentle intervention by a neighbor or family member may not be enough.

According to the 2015 child fatality report, “A child’s death is considered to be preventable if the community or an individual could reasonably have done something that would have changed the circumstances that led to the child’s death.”

In Tiana and Collin’s cases, the state received reports of abuse or neglect prior to their deaths. Communities may wonder, then, how those children slipped through the cracks, yet no prior reports had been filed regarding either HaeleaMae or Ania, according to their respective fatality reports.

The Pinal County Child Fatality Review Team is responsible for determining whether a local death was preventable, amassing team members from various walks of life to hear the facts and decide.

Retired Casa Grande Middle School librarian Linda DeVore has brought her perspective to the group for more than four years, taking her concern for students beyond her role as an educator.

In an email to the Casa Grande Dispatch, DeVore said 10 to 15 representatives of the more than two dozen Pinal County team members gather to discuss each death. Those members may include an emergency room nurse, a pediatrician and a representative of the Pinal County Attorney’s Office.

DeVore offered a list of deaths the team might see as preventable, examples of the many ways children may be robbed of their futures: Deaths resulting from a lack of prenatal care, suicide “because someone wasn’t listening, asking questions or watching,” parents’ failure to check child care workers’ background and suspicious neighbors’ failure to report their observations may all fall into the preventable category.

The team may also make recommendations to stop the same tragedies from striking again and claiming yet another life in the future. But doing so may not always be possible, nor may those suggestions prove effective.

Without a surefire way of detecting children in danger of abuse or worse, the responsibility falls to society as a whole.

“We all are responsible for the children in our communities,” Spears said.

Connie Villa, the Casa Grande woman who confessed to killing her 13-year-old daughter on Chr…

Mother admits to suffocating her daughter

3 women arrested in death of toddler

Leading causes of death among children in 2014

In 2014, Pinal County reported 46 child fatalities, about 6 percent of the state total, About 60 percent were children who had not reached the…

PHOENIX — A Phoenix woman accused of not feeding her 9-month-old son for nearly three weeks in 2014 has pleaded guilty to two child abuse charges.

Editor’s note: The following account is based on dozens of police reports, court documents and testimony spanning nearly 20 years. The details…

FLORENCE -- The Casa Grande mother arrested for killing her 13-year-old daughter on Christmas Day 2013 will spend the rest of her life in prison.