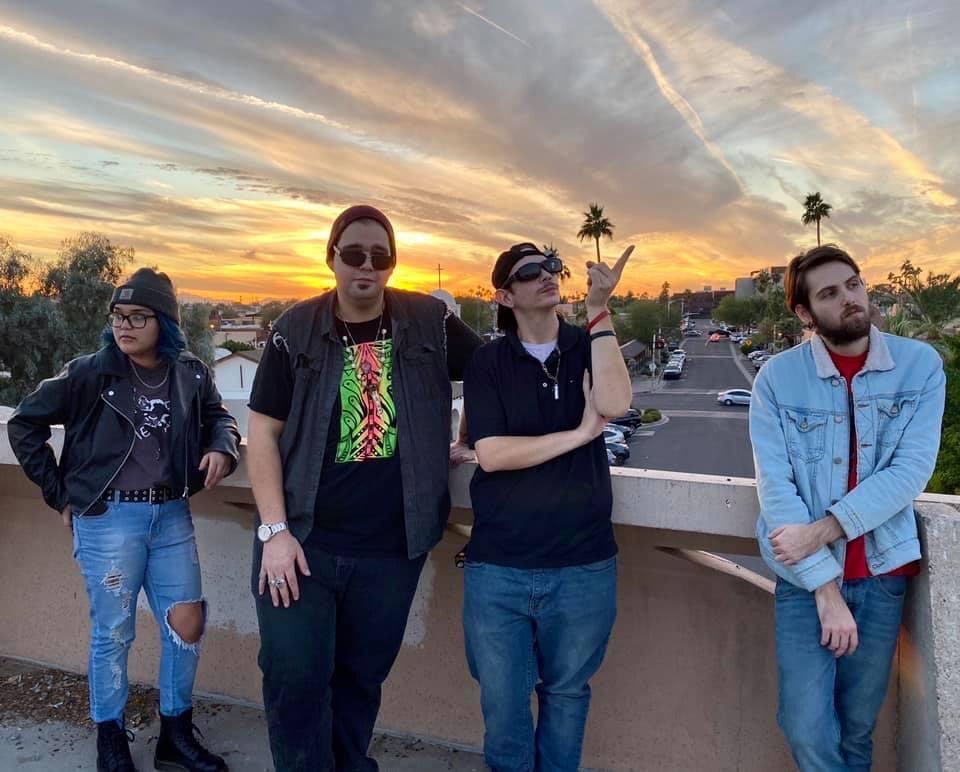 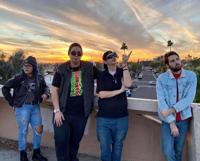 The Cody Blackbird Band includes Neecey Nite on bass, from left; Cody Blackbird on native flutes; his brother Caleb Blackbird on a traditional hide-skin drum; Justin Hyland on drums; and, not in the photo, Code Cochran on guitar. 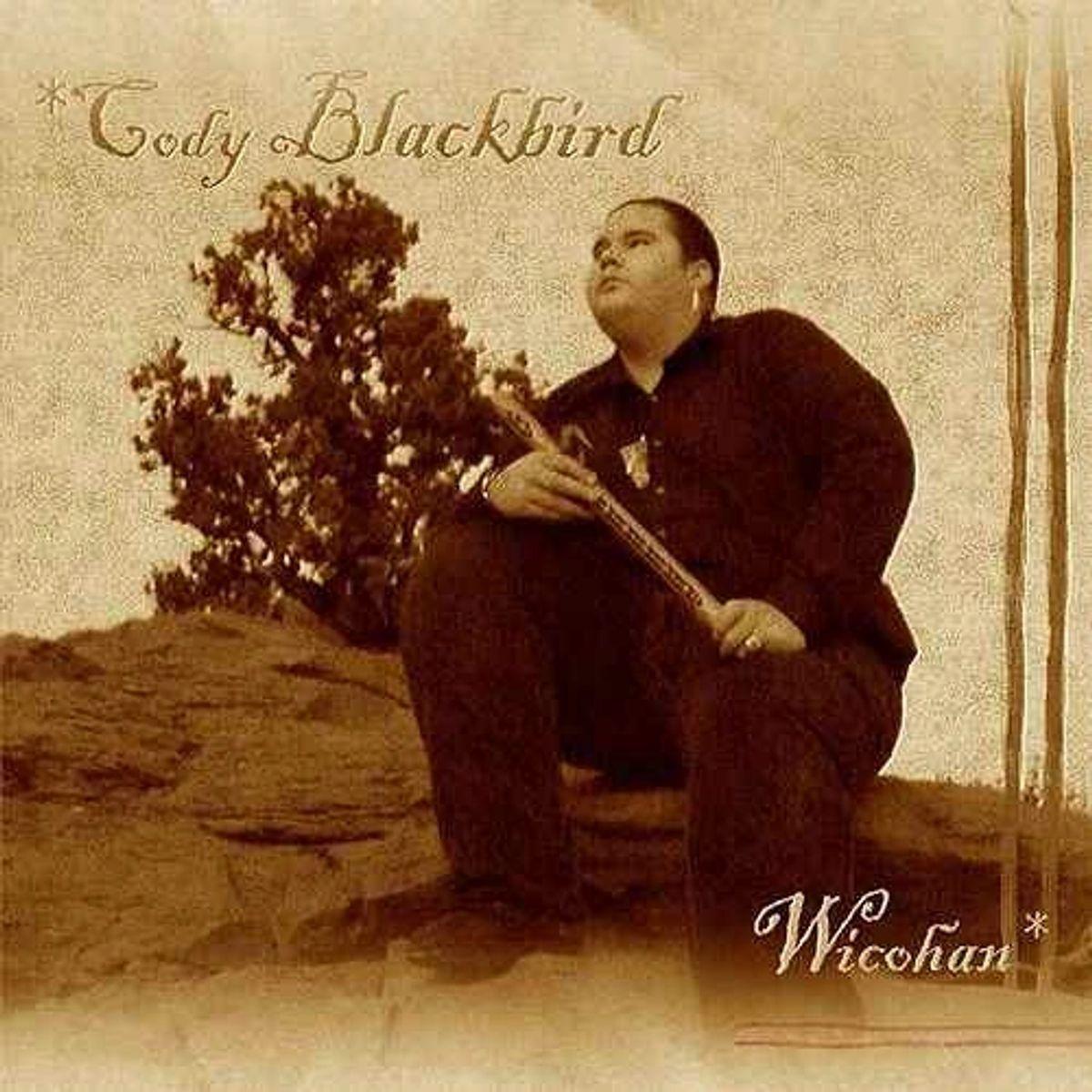 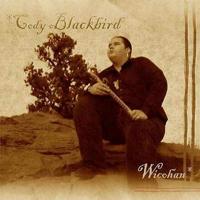 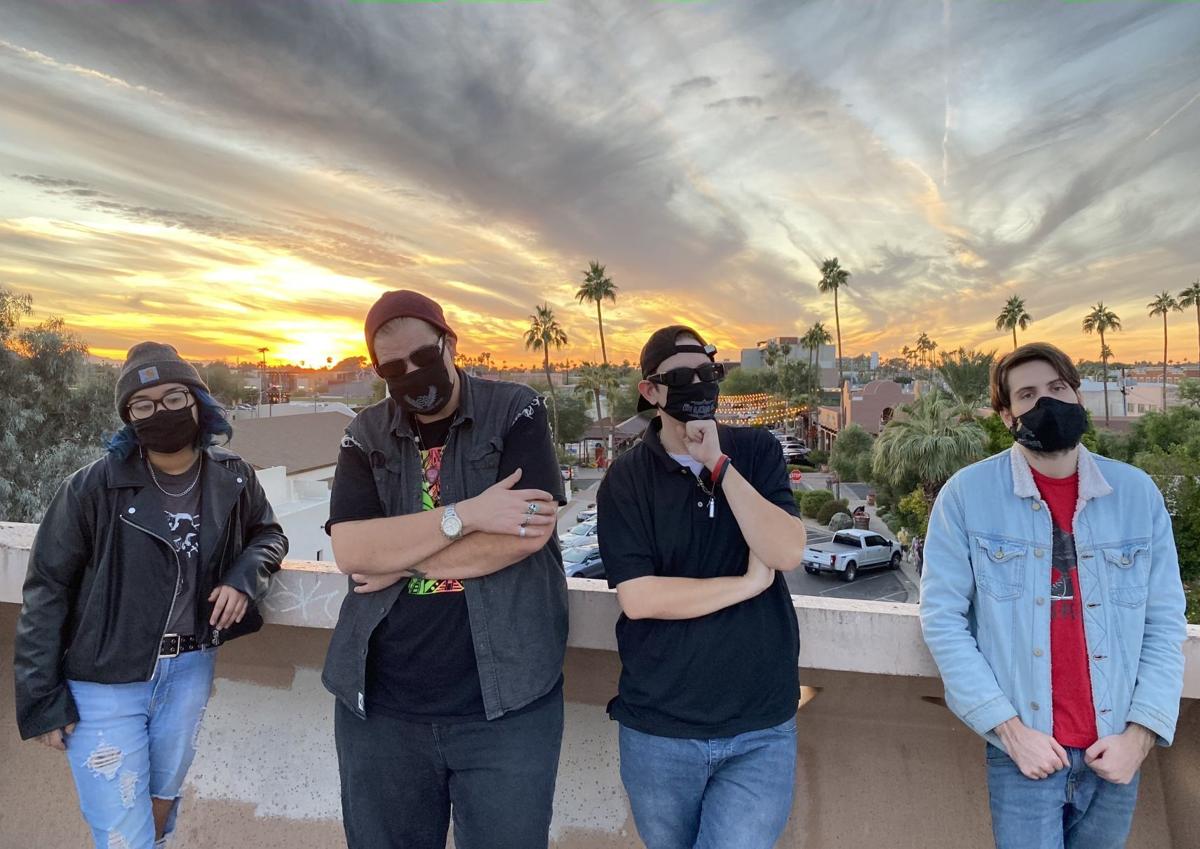 The Cody Blackbird Band includes Neecey Nite on bass, from left; Cody Blackbird on native flutes; his brother Caleb Blackbird on a traditional hide-skin drum; Justin Hyland on drums; and, not in the photo, Code Cochran on guitar.

CASA GRANDE — For Arizona City resident Cody Blackbird, the Native American flute is more than a musical instrument. It’s also a connection between the past, present and future.

“I feel solace knowing that there is that connection,” he said. “I feel proud when I play the flute and want to pass on this piece of culture.”

A singer, songwriter, musician and activist, Blackbird is also a Native American flutist. His musical group, the Cody Blackbird Band, is a five-time Native American Music Award-winning band that blends the wooden flute with blues and classic rock for what Blackbird calls “alter-Native blues rock fusion.”

“We’re the only ones in the country doing this type of music,” Blackbird said.

But the flute is more than music to Blackbird. It’s a piece of Native American history and is important culturally.

“Some tribes have their own flute keepers,” he said. “The flute and the music are a big part of who we are. When our languages were outlawed, tribes played music and sang songs to keep the language and the culture alive. Some languages have been pieced back together through melody.”

As well as performing music, Blackbird has also conducted lessons and Zoom conferences aimed at educating others about the history and importance the flute has to Native American culture.

“The music from the flute highlights a strength and continuation,” he said. “For me, the flute is a symbol of resiliency.”

Blackbird, who grew up in Alaska and Idaho, has been playing the flute since childhood.

“The flute is the second oldest woodwind instrument in the world. The Native American flute is traditionally made from cedar and has a unique tone to it because of the materials and the way it’s carved,” he said. “It has a very unique intonation that’s different from any other woodwind. Because of that, it’s great to include into fusion forms of music.”

Blackbird has more than 30 flutes in his collection, but when on stage, he rotates between about nine, depending on the song and the tone needed.

“I don’t make my own, but I work with many different flute makers,” he said.

Blackbird, who moved to Arizona City years ago to live closer to family, learned to play the flute by ear when he was 9 years old. He’s been performing ever since.

Cody Blackbird travels throughout the country and internationally performing for a variety of audiences. They’ve performed twice in Japan.

“We have a good following in Alaska and we do a lot of shows on the East Coast,” he said. “Our fans are widespread.”

While Blackbird has lived in Arizona City for several years, he first visited the area as a performer in the annual O’Odham Tash community celebration. He also performed in the state’s centennial celebration in 2012.

“I fell in love with the area,” he said. “My dad moved to Arizona City because he didn’t want to live in cold Alaska anymore. He wanted to live somewhere warm and I relocated here too.”

The band performs more than 100 shows a year and writes each of its songs collaboratively, aiming to incorporate the sounds of the flute with a modern sound.

With each performance, Blackbird said he hopes to “honor the sacred music of our ancestors while infusing the revolution of rock and R&B.”

His brother Caleb performs in the band, playing a traditional hide-skin drum.

Blackbird, who is passionate about environmental and indigenous issues, is also an activist who has spoken and performed in support of various issues.

One of the group’s songs, “Promised Land,” was written and performed several years ago when the Cody Blackbird Band joined others in opposition to the building of the Keystone Pipeline.

“It feels good to share my music with people,” Blackbird said. “The opportunity to share the music and the knowledge with others is what drives me.”

On the reservation, basketball is more than a sport. It’s a way of life. Affectionately know…

Brief history of community — The origins are linked to the homeland, the Sonoran Desert. Tho…

TUCSON — Gertie Lopez’s life has been dedicated to sharing, performing and educating people …

Brief history of community — Native American cultures have a rich history of living in and around the Gila River in south-central Arizona, dat…

SAN CARLOS — As COVID-19 spread in the San Carlos Apache Tribe, the Apache Gold Hotel was closed so it could serve as a shelter for tribal mem…

In and out of classroom, Sacaton Middle School STEM program shines

Brief history of community — The Apaches are descendants of the Athabascan family who migrated to the Southwest in the 10th century. Over time…

PHOENIX — A major effort is getting underway at several universities, tribal museums and libraries around the U.S. to digitize the oral histor…