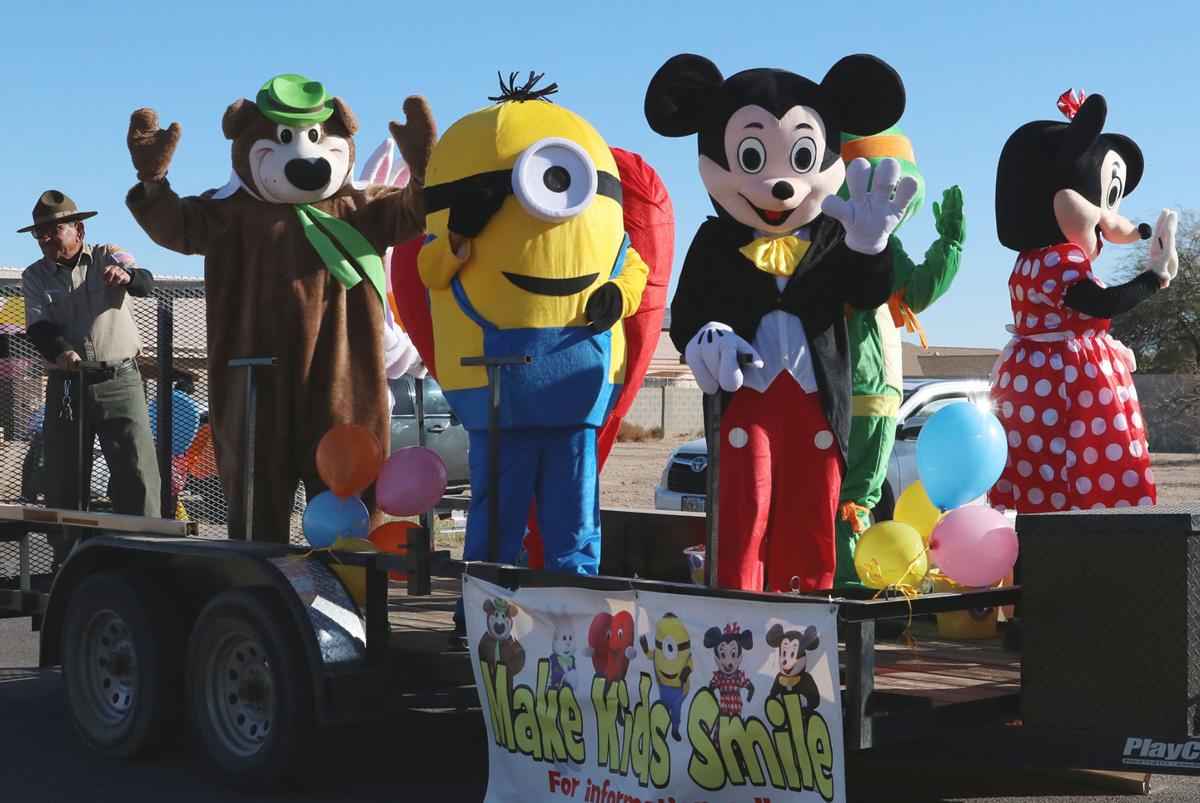 The Make Kids Smile float is shown in the 2018 Arizona City Daze Parade. 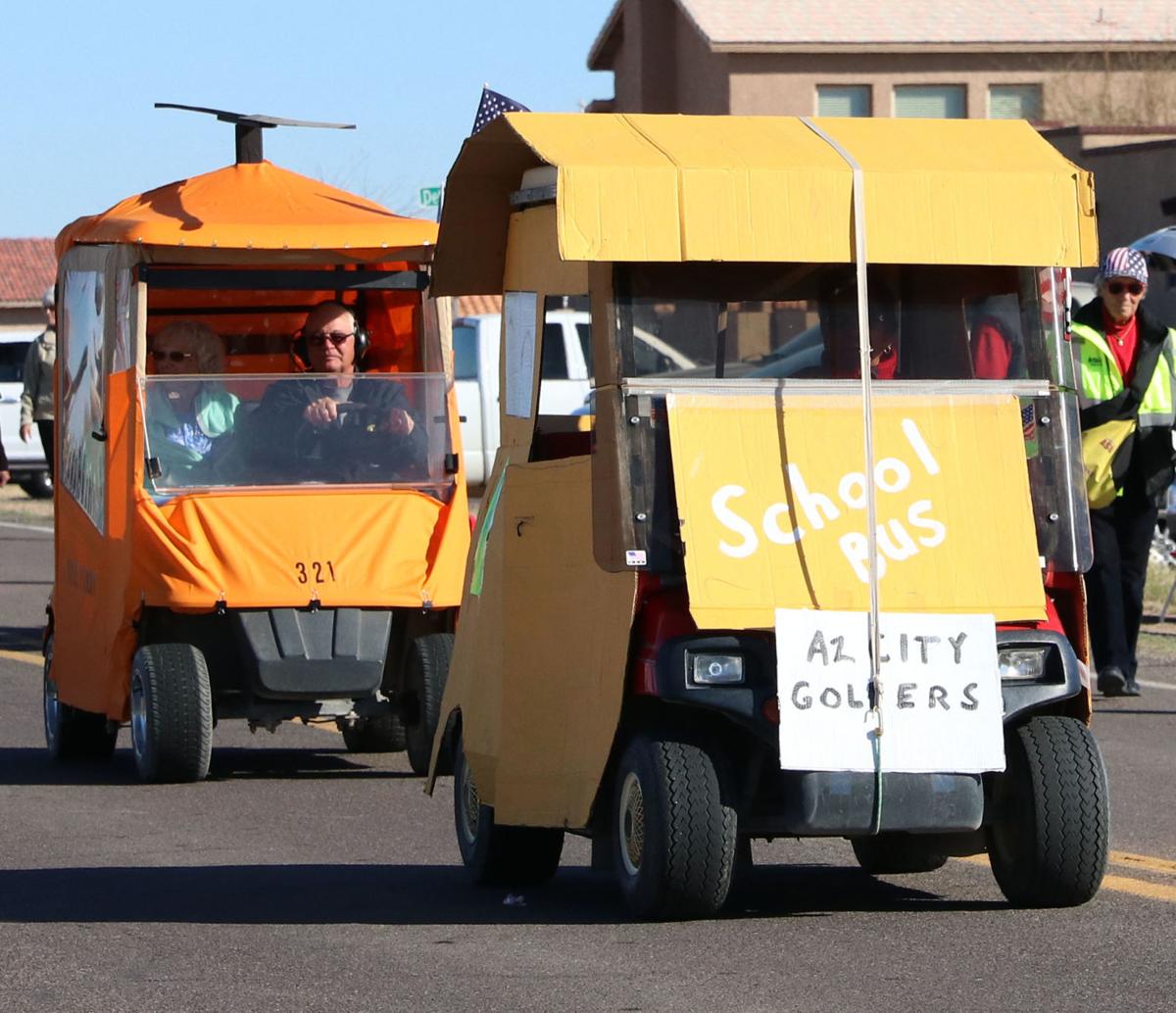 The Make Kids Smile float is shown in the 2018 Arizona City Daze Parade.

ARIZONA CITY — Entries have been a bit difficult to come by for the Arizona City Daze parade.

While the bulk of entries usually happen as the date of the event draws closer, there have been a few entries that have back out.

The theme of the parade is ‘Blast from the Past,’ which is the same as last year and allows the opportunity for those that had intended to participate last year to reuse the decor.

“One of the golfing ladies indicated she still have the decor they were going to use in 2019,” parade coordinator Joanne Parson said.

The parade is scheduled to start at 9 a.m. on Saturday, Mar. 7, with the route beginning at Santa Cruz Blvd. and Sunland Gin Rd.

“Truly anything goes,” Parson said. “Some people really go all out for depicting the theme and others do whatever they want for entries. I suppose Blast from the Past means different things depending on if you are age 3 or age 93.”

There are nine judging categories this year with the highest honor being the grand champion, two awards will he handed out one youth and one adult for the best entry.

The judges will score each entry on a scale that goes to 100. Overall appearance takes up 30 points, theme and music are 20 points each with more points for live music. Lastly, crowd appeal and originality have 15 points each.

There is no fee for a parade entry and welcome all entries.

“For years we’ve had a surprisingly large parade and entries for this small little town, and we’re trying to keep that up,” Arizona City Chamber vice president Frank McLaughlin said.