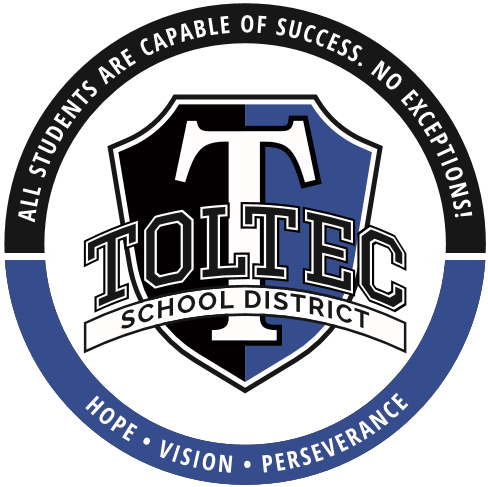 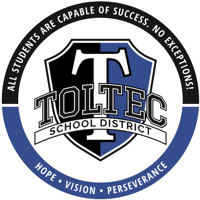 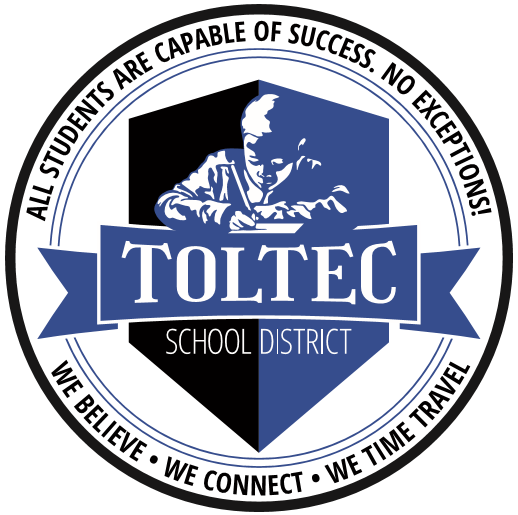 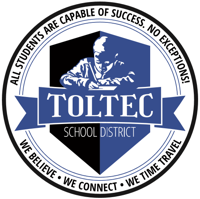 ARIZONA CITY — The Toltec School District is getting a new logo, but so far board members haven’t been impressed with the options.

Three words were proposed by the district staff and both schools to represent the district. The words are “hope,” “vision” and “perseverance,” which were submitted to a design company for use in the new logo.

During this month’s meeting on Jan. 15, the Governing Board reviewed all the designs that it received and rejected them all.

“They look like throwbacks, I don’t like any of them,” board member Pam Long said. “What is that, the Baltimore Ravens sign on their field? With a Scottish shield or something? To me this is not taking us into the future. This is like throwback, I don’t like any of them. I mean it’s 2020, we’re in a new decade, this doesn’t look like a new decade to me.”

The board agreed that the logo needs to be modernized to reflect the current students and it needs additional color to make it stand out.

The board approved a combination kindergarten and first grade teacher at Toltec Elementary.

“From what I understand is that Mrs. Francis-Thomas always has great results with her students,” Toltec District Superintendent Denise Rogers said. “When they take the benchmark assessment she moves her students forward.”

The estimated total cost for the visa application and other expenses is between $1,700 and $2,300, with Francis-Thomas covering any additional fees.

The district has a gaming fund that can be used to pay for the sponsorship.

During the meeting Gloria Eddy, the district’s food services director, presented the board with information on what is reimbursed from the National School Lunch Program for the Community Eligibility Provision, which means free meals for all students without applications from them.

The board also discussed updating its policies for vacations and holidays.

According to Grants Specialist Tim McCain, a few of the building projects at both schools are on hold at the moment because the items did not make it on the Arizona School Facilities Board agenda.

The only exception is the Toltec Elementary gymnasium roof, which was approved in a special SFB meeting.

Under government grants, the district reallocated and carried over some Title I funds and with additional funding from the Rural and Low-Income School Grant, the schools will be able to share a math interventionist.

The district is also still waiting to receive all of the money that was withheld while it was non-compliant.

“We were supposed to get our money back in December and our budget capacity,” Business Manager Robert Million said. “I’ve got preliminary numbers now they’re not set in stone, but we should see a budget capacity increase of about $137,441 that would go directly into our M & O budget.”

Million advised the board to wait until it receives a budget form and for the 100th day of school to pass to see what the average daily membership numbers are.

“The state recommended waiting until after that report comes out to revise the budget,” Million said. “Otherwise I’ll revise it for this little bit and we may have to re-revise in March, so we probably will do a revision in March to capture all that money.”