The Central Arizona Valley Institute of Technology campus is in Coolidge. 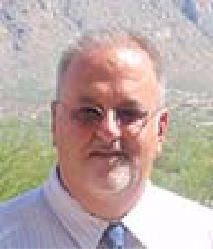 COOLIDGE — The Governing Board for the Central Arizona Valley Institute of Technology approved the first performance-based pay of the school year for Superintendent Mike Glover on Wednesday.

The decision was unanimously approved by the board following a lengthy executive session where board members evaluated Glover. The meeting was held at the district’s central campus.

Last year, the board also expressed its approval of the superintendent’s work by approving his performance pay despite a number of hurdles the school district had faced.

Prior to the start of this school year, the CAVIT board was also asked to consider terminating one of the school’s nursing assistant teachers after she was accused of threatening another staff member. Meanwhile, cases against former fire science instructors Andrew Hensley and Brian Sharp continue to move through court in connection with sex crimes they allegedly committed against CAVIT students.

But since the start of the 2019-20 year, the district has also had plenty of good news to celebrate, including a dramatic rise of student enrollment and the decision to construct a new building to give additional classroom space for CAVIT’s medical assistant program.

COOLIDGE — For the third time in less than two school years, the CAVIT Governing Board is mo…

CAVIT opts to keep board meetings in the morning