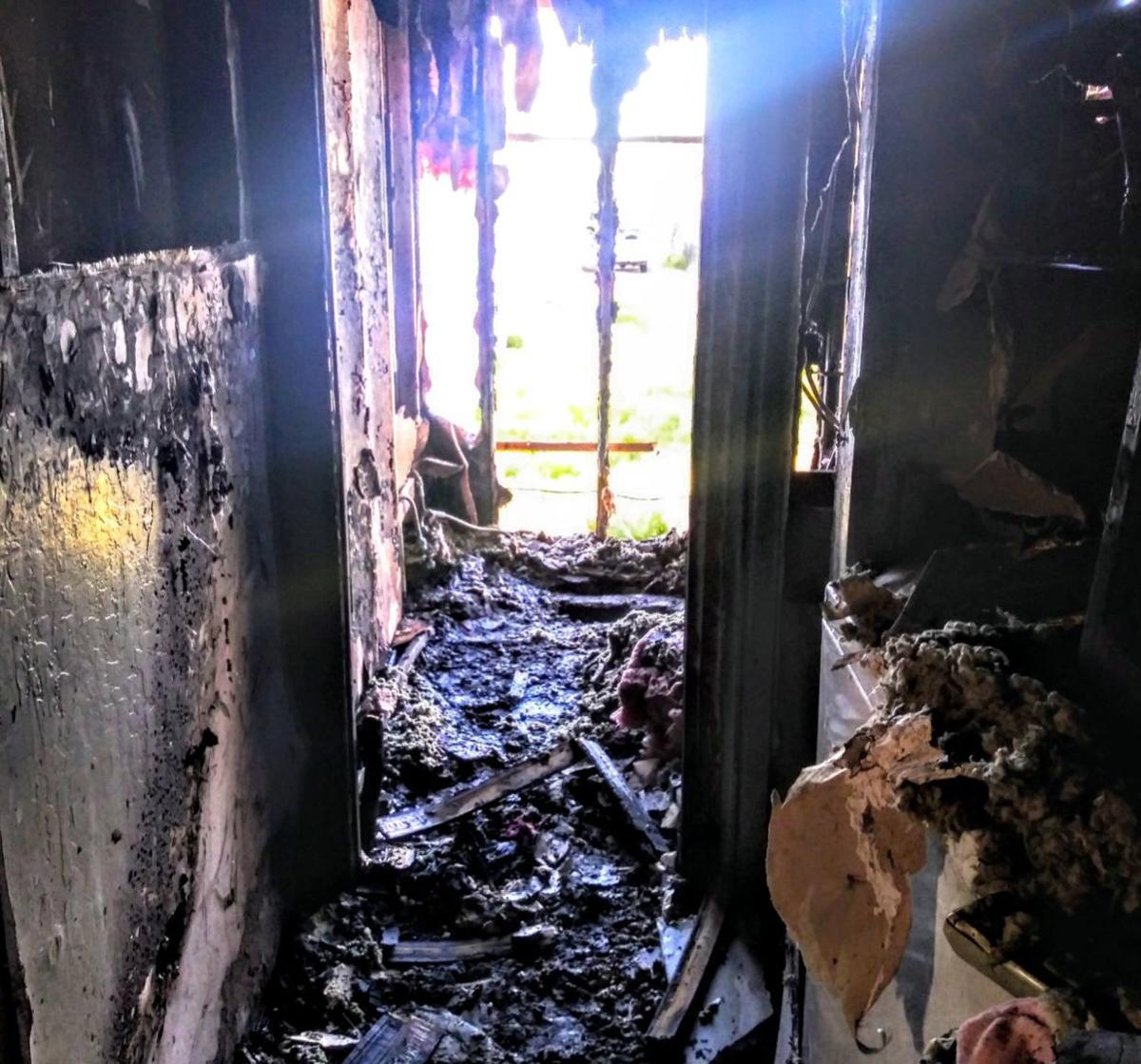 The hallway and bathroom where the fire started were destroyed. 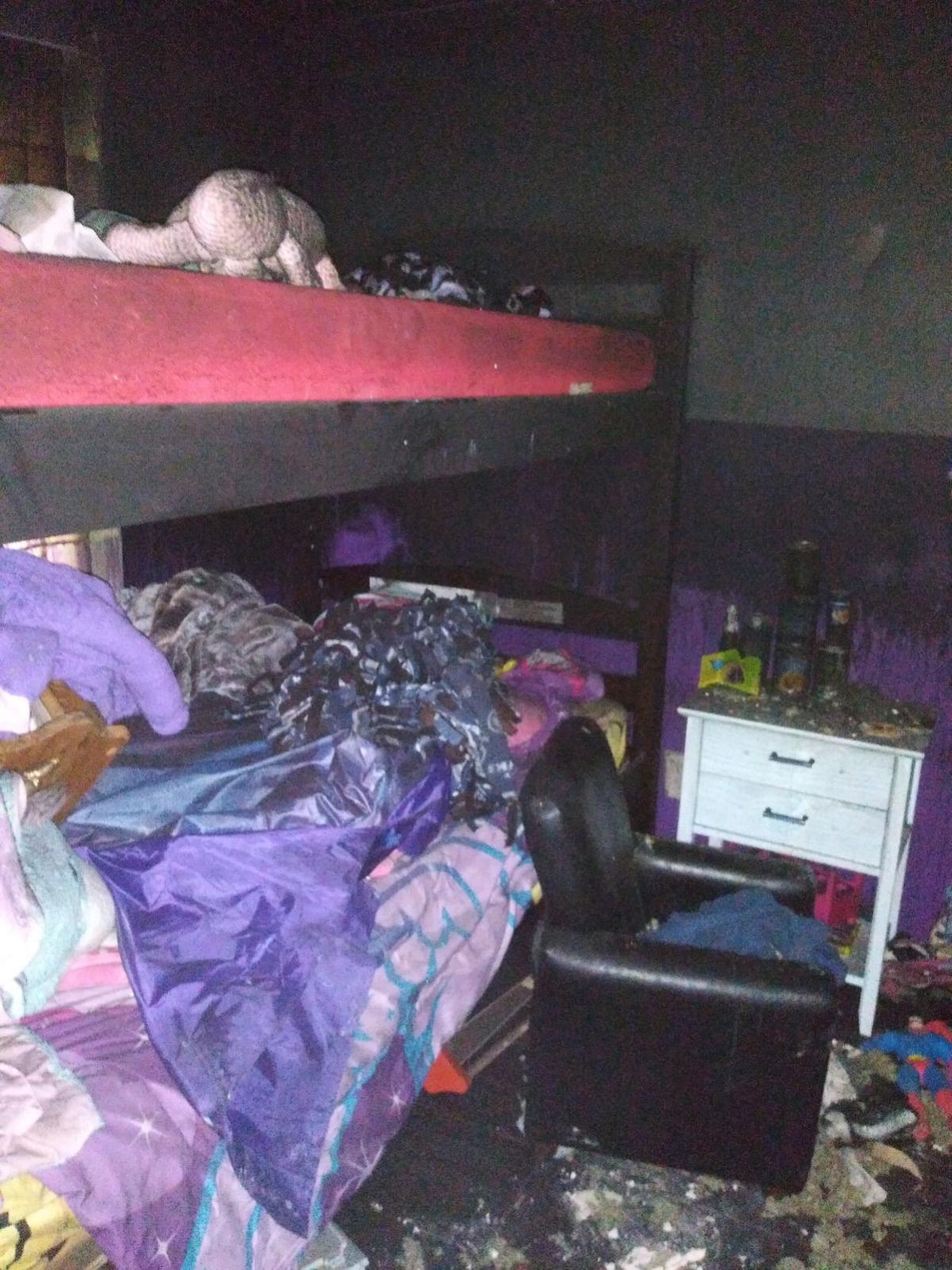 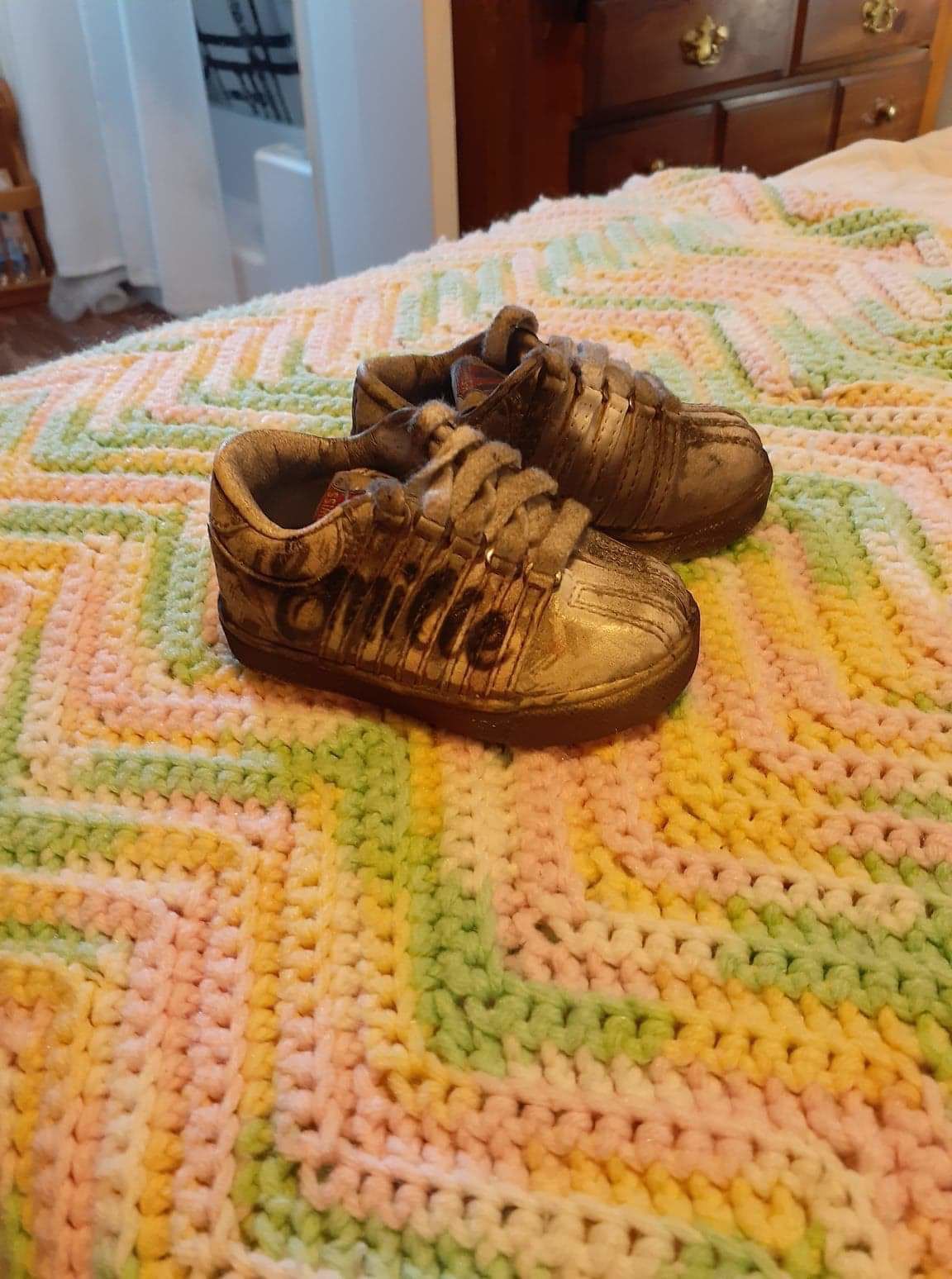 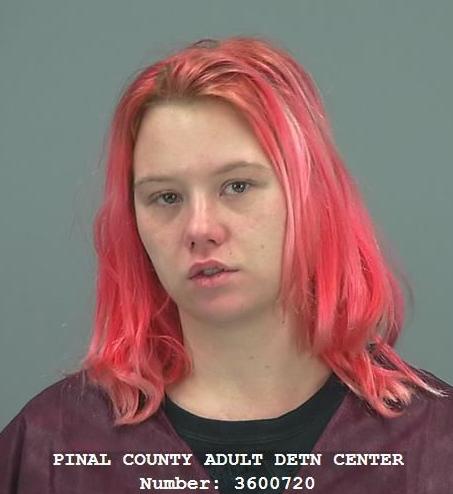 The hallway and bathroom where the fire started were destroyed.

APACHE JUNCTION — Justine Purtell lost everything she owned when another woman in a fit of rage allegedly set fire to the mobile home that she was renting.

On April 5, the Apache Junction Police Department responded to 1617 N. Ironwood Drive, No. 70 in reference to the suspected arson of a trailer home.

Luckily, her children were not home that night but sleeping at their father’s residence.

“I was fast asleep waking up to a cloud of smoke. Looking around, I saw the flames in their bathroom. Forgetting they (the children) were not home, I raced back there to grab them. The heat and smoke made it impossible. So, I ran out of the house banging on a friend’s door while calling 911,” Purtell wrote on her GoFundMe page.

She said she set up the page because she just has nothing left after the fire gutted the trailer house and she had no insurance or job to fall back on.

On May 1, she will have nowhere to go and has been staying at a friend’s house the past three weeks since the fire claimed her home.

“I’m just sitting here in my burnt-down house because I have nowhere to live,” she told PinalCentral. “I don’t have any help right now. I can’t get a job. We have officially lost everything inside my house.”

She said she’s gone into and tried to salvage anything but just hasn’t been able to save much inside.

“I think we got four or five boxes of knickknacks and a few toys,” she said.

Through investigation, AJPD officers believe that the fire was likely set by Meghan Kenyon, 22, of Apache Junction.

Kenyon was seen on video surveillance footage at a Circle K buying $5 of gas and filling a small gas can late on the evening of April 4.

Two other witnesses also tied Kenyon to the arson, according to police reports.

Purtell was renting the trailer and told investigators the window to the bathroom of the trailer was intact before the incident, but it was broken when a neighbor tried to spray water into the burning bathroom using a garden hose, according to court records.

Purtell told police she suspected Kenyon of setting the fire as she had also thrown a rock through one of her bedroom windows in September because Kenyon thought that she was sleeping with her “ex-boyfriend and baby-daddy” named Donny.

The feud between the two women was apparently re-sparked on April 1 when both women were going through the same substance abuse program, according to investigators.

The victim told police Kenyon had begun threatening her via text messages and emails.

Shortly before the fire, Kenyon even asked Purtell if the three of them could go onto the Maury Povich television show and sort the matter out, according to Purtell.

“Early on that Sunday morning, I honestly don’t know how I woke up because I am a heavy sleeper. I remember waking up and smelling the smoke. Normally my kids would be with me. Because I had a relapse, the kids were with their dad — thank God. When the fire happened, it was right by their bedroom. No matter what I would have done, I probably would not have been able to get them out,” Purtell said.

Being abruptly awakened by the fire, Purtell said she was in a daze and she tried to rescue her children, who weren’t there. She said the fire was so strong she could not get to their room.

“I ran towards the back of the house, to get my kids who weren’t there, but in my head they were. I couldn’t get to their bedroom because of the fire and smoke coming out of the bathroom,” she said.

Though she has lost everything Purtell said she has remained clean and sober during the adversity.

“It’s the one thing that I’m holding onto that she can’t take away,” Purtell said. “She tried to burn my house down with me in it.”

Kenyon was charged with arson of an occupied structure, endangerment, criminal damage, kidnapping and aggravated assault.

She was freed from the Pinal County Adult Detention Center after posting a $27,500 secured bond.