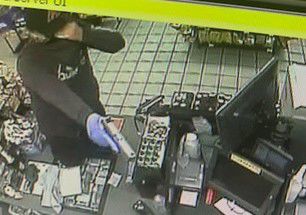 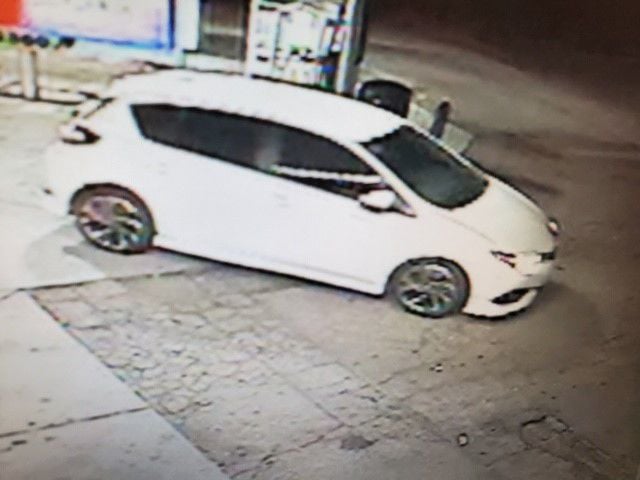 Toyota Scion identified as the vehicle used by a robber of two Circkle K stores Jan. 24. 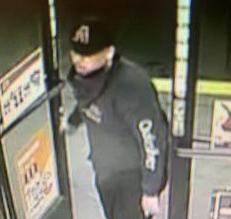 APACHE JUNCTION — The Apache Junction Police Department is offering a $3,000 reward for information leading to the arrest and conviction of anyone responsible for a pair of convenience store robberies in the city Friday.

In the early morning hours of Jan. 24, officers responded to a call of an armed robbery at the Circle K store located at 85 W. Superstition Blvd. The robber was armed with a handgun when he climbed over the counter and demanded money from the clerk. He was seen leaving the scene in a white car.

While officers were responding to that call, police received a call of an armed robbery at a Circle K store 3 miles away, at 2360 W. Broadway Roadd. The robber reportedly pointed a handgun at the clerk and demanded cash and was last seen leaving the scene in a white Toyota Scion with custom rims.

Police investigators believe that the back-to-back robberies were committed by the same person. Anyone with information is encouraged to call Apache Junction police at 480-982-8260.

APACHE JUNCTION — Joseph Dwayne Boothman, 52, of Chandler, has been arrested for robbing an …

FLORENCE — In a sudden and unexpected twist, murder charges against one of three men arreste…

APACHE JUNCTION — It didn’t take police long to capture Ramon Villagran, 21, after a short b…

APACHE JUNCTION — A woman who worked at Fry's Food and Drug was arrested Jan. 23 and charged with stealing an estimated $20,000 from her cash drawer.

APACHE JUNCTION — Michael Martinez, 32, was arrested Jan. 27 after he tried to stab his landlord, police said.