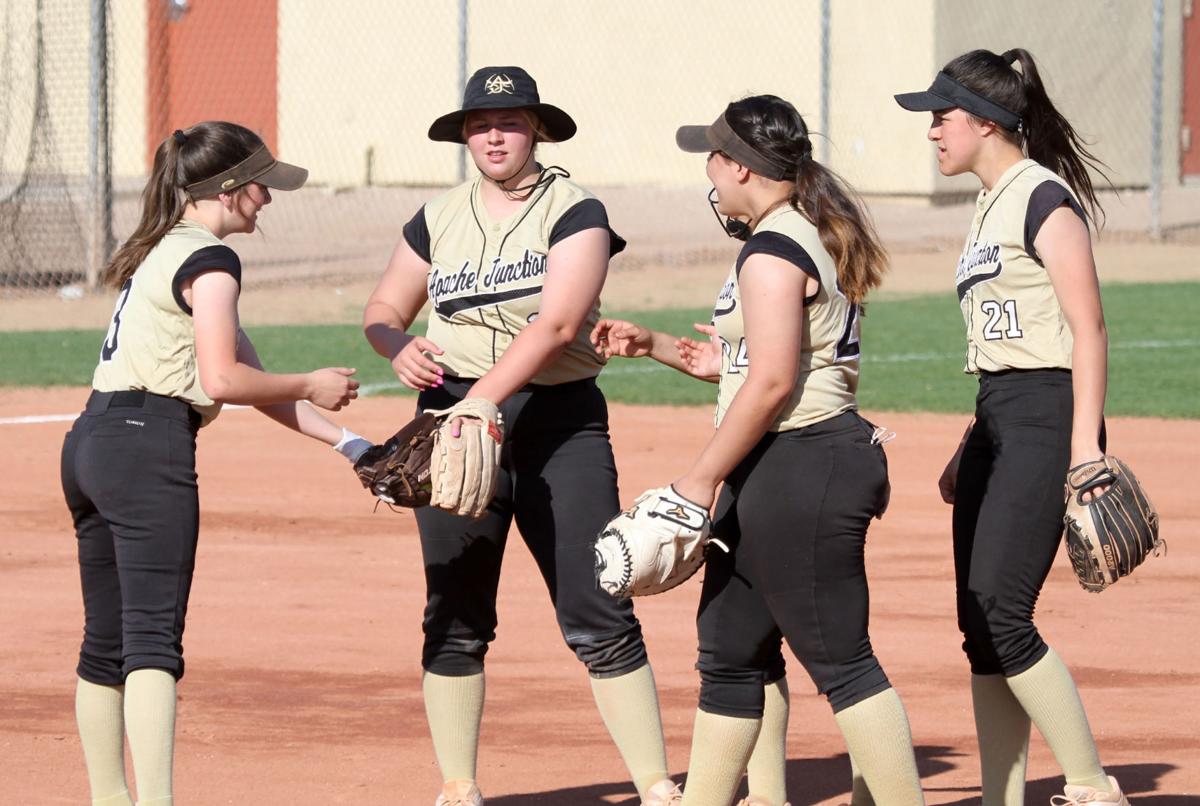 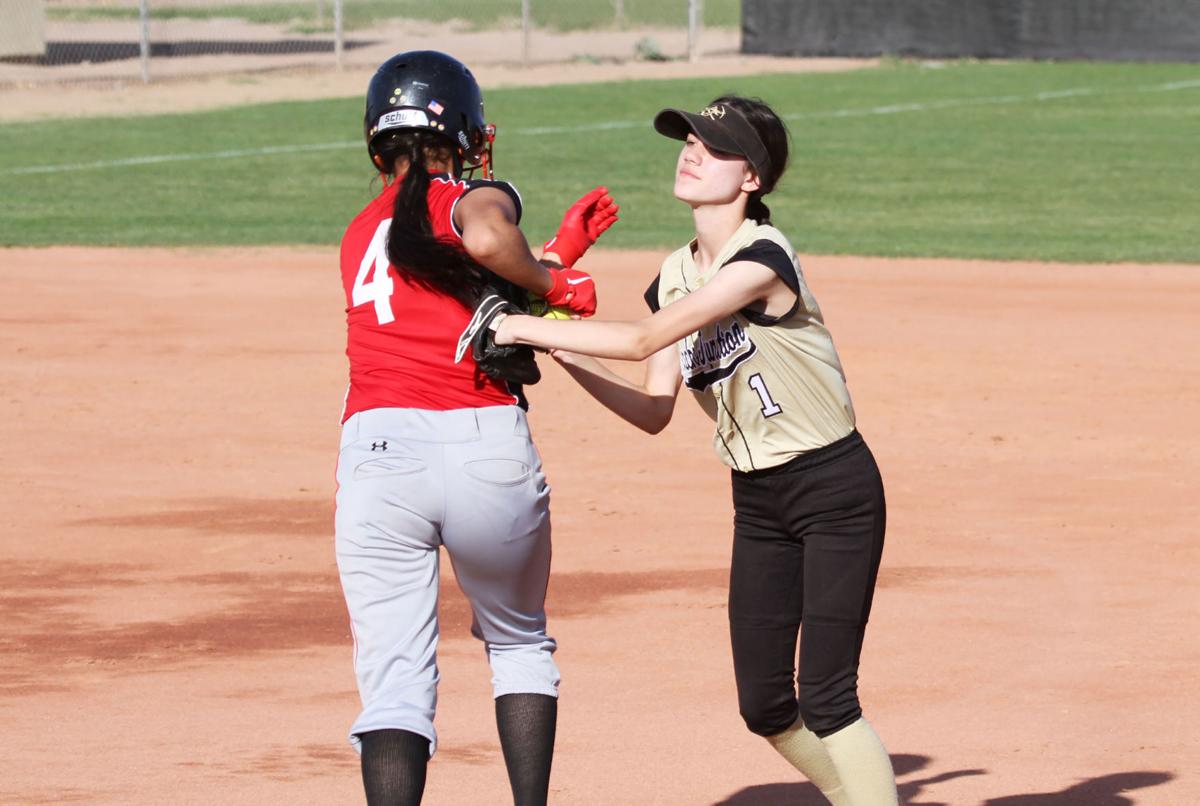 APACHE JUNCTION — It’s come to be expected that the Apache Junction softball team will be two things — scrappy and chaotic.

The Prospectors have not had a power hitter since Mikayla Gilgert was on the team in 2019, but since then they have worked at perfecting the little things that tend to give opponents a major headache.

Apache Junction coach Ed Matlosz always plays to his team’s strength, which in recent years has turned out to be sticking with a small-ball game and causing chaos on the base paths with team speed.

“This year’s team has really been working hard at it,” Matlosz said. “We’ve had some good games so far ... We’re scrappy like always, we have Tristen (Greer) back, so she keeps us in most of the games and our defense and our hitting has been pretty good, our speed on the bases has been excellent. I know we have some tough teams coming up; our region is super tough.”

Apache Junction (4-1) hasn’t really been challenged so far besides the one loss, 5-3, to Chandler Seton Catholic. The Prospectors are riding a three-game win streak and have outscored Phoenix Cortez and Tempe by a combined score of 62-0.

“When they put the (game jerseys) on they play hard,” Matlosz said. “They want to score and they want to run hard, and sometimes I have tell them, ‘Hey this is what we’re going to do against this team and you can tell that they get a little frustrated. Like I want to hit coach, I want to hit some more.’ It is what it is, that’s a good attitude, and they have fun playing the game.”

The schedule will soon get tougher as they are scheduled to host 5A Gilbert High on Wednesday before facing off against the rest of the 4A Black Canyon region with Vista Grande and Combs.

Greer is one of five seniors on this year’s team that also includes Ainsley Pape, Daisy Ruelas-Estrada, Kaidiance Cleland and a returning transfer in Sarah Neiman.

Neiman started off her first two years of high school with the Prospectors but transferred to Mesa Skyline last season.

“We’re just going to go with what we got and keep working at getting that game experience so those girls can take some innings and rest Tristen up for those big games that we have coming up,” Matlosz said. “These girls are working hard and they’ve been really fun to coach so far. They’re starting to gel pretty good as a team.”

Matlosz said although a low turnout this year led to Apache Junction not having a junior varsity team and six underclassmen making the roster, all 17 players are happy to be on the field every chance they get.

“It was demoralizing last year because we had a really good team,” Matlosz said. “We were on our spring break, and then all of a sudden they said we’re not coming back, and they canceled the season. Then we were kind of in a wait-and-see, and they said we could start March 1, so we really didn’t get a whole lot of preseason.”

The lack of a preseason is significant because it usually features tournaments across the state that allow athletes to show off their skills in actual games that don't hurt the team’s overall record when it comes to power rankings. Without all those games, teams are thrown directly into the regular season and some early region games.

“What those preseason tourneys do is they give other girls a chance to win the spot or show what they can do,” Matlosz said. “Now you have to do it practice and you have to make your best judgements and be fair about it to give that starting spot and more playing time in those big games to the girls that are actually showing it.”