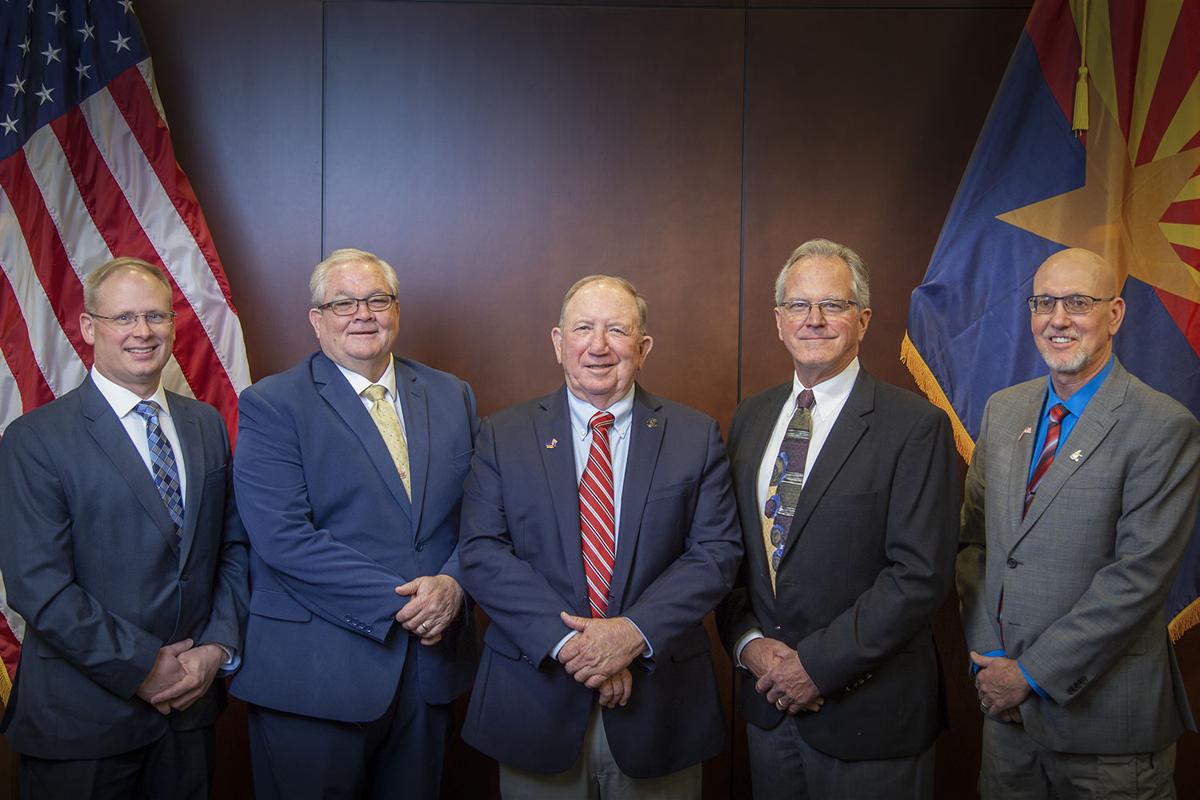 FLORENCE — It’s exciting to see Pinal County transition from an economy reliant on new homes to one based on manufacturing 21st-century products, Board of Supervisors Chairman Steve Miller said at Friday’s Pinal Partnership meeting.

“I think at some point here Pinal County is going to become a manufacturing hub — everything from Lucid to Nikola to other entities that are eyeballing this county, and not just the Casa Grande area,” Miller, R-Casa Grande, said.

“I hope that anything we pass or any direction we take doesn’t just benefit any one district. It should benefit the entire county. I want to see us kind of convert our economy to something different than — don’t get mad at me everybody — homebuilding. It’s all good, but we just cannot rely on that as our only source of economics. I think we’re slowly transitioning over.”

Miller said Pinal County’s plans to formalize a “tech corridor” along Interstate 10 between Arizona State University and University of Arizona is the beginning “of a really neat future for Pinal County, and I’m excited about being a part of that.”

Vice Chairman Mike Goodman, R-San Tan Valley, said infrastructure is essential, and with the purchase of Johnson Utilities by EPCOR, “we’ve already seen a tremendous amount of (housing) projects come our direction that have been in the hopper for years and years.”

When Goodman first came on the board and was asked to help sell the idea of a regional transportation authority to voters, he said he used the Casa Grande area as an example of improving infrastructure for sustainable growth. The county’s previous efforts are bearing fruit as a future north-south freeway and State Route 24 draw more interest and opportunities in San Tan Valley, Goodman said.

Pinal County’s new Board of Supervisors is somewhat unusual in that everyone is a current or former business owner. “It’s kind of remarkable, we’ve got five business people that are serving as our elected county supervisors,” Jordan Rose, moderator of the Pinal Partnership breakfast, said.

Supervisor Jeff McClure, R-Eagle Crest Ranch, said he had a manufacturing company for 21 years making equipment for the wall-covering industry, with sales in the United States, Canada, Mexico and overseas. Another of his businesses serviced the pneumatic tube systems in The Home Depot and Costco stores in Oregon, Washington and southern Canada.

That morphed into another business transporting ice from a central location in the back of a store “out through the ceiling through tubes … out to drink dispensers, all computer-controlled. We developed optic sensors that could read through ice.” McClure said he’s also had other businesses such as furniture refinishing, yacht restoration and selling gasoline for boats.

Supervisor Jeff Serdy, R-Apache Junction, said he has a store that is usually one of the highest-volume gun shops in the state. He said guns continue to be very sought-after and the shelves are empty. “Manufacturers can’t keep up and I don’t see any end to it. Basically anything I can get my hands on I can sell.”

Supervisor Kevin Cavanaugh, R-Coolidge, said his District 1, mostly in eastern Pinal, is the county’s largest district geographically yet has the lowest per-capita income. “So that’s a concern, and we’ve got to bring those wages up, and help facilitate jobs. … We really need to have a grand vision for District 1.”

Cavanaugh added that the supervisor districts need to be redrawn, which will happen with the new census. “I drive south — just to the north of Mr. McClure’s house (near Saddlebrooke) to get into my district, and he drives an hour and 20 minutes over to the other part of his district. So we’re going to have to change this up so it makes more sense. It’s gerrymandered for sure right now.”

Cavanaugh said he knows the names of the homeless people who pass by his house in downtown Coolidge or frequent the park. “I can’t be a leader and ignore these people. I view them as much of a constituent as a CEO I might meet later for lunch.”

Serdy said he wants the public to find out where his office is, and “we’re going to be very reachable.”

“… When social media became big several years ago, I was late to the game, but once I became mayor, I had all my channels open and I listened to people,” Serdy said. “… That’s the way you communicate now. You can get the pulse of a community and the whole county that way.”

Serdy said 170 people were listening Friday via the Zoom online platform, and when Pinal Partnership is able to meet again in person, “why can’t we keep Zoom going? … That way all of the people can still be communicating.”