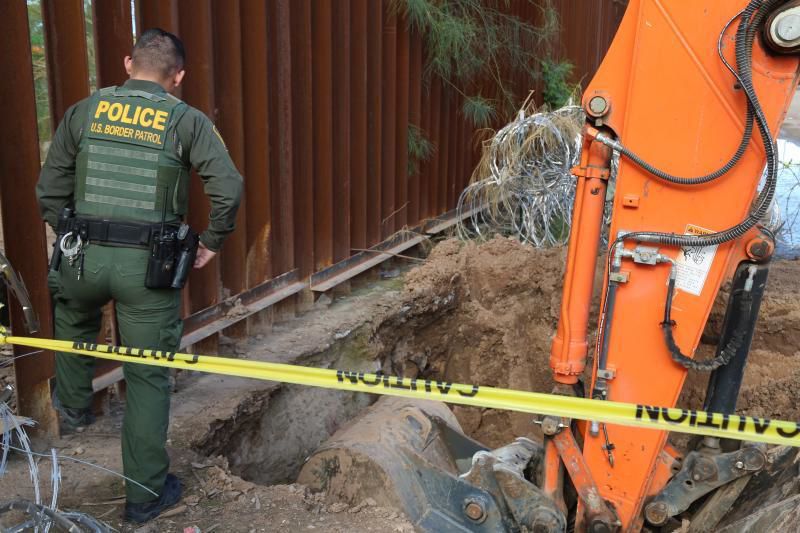 A Border Patrol agent looks at a tunnel discovered under the border wall near Yuma. 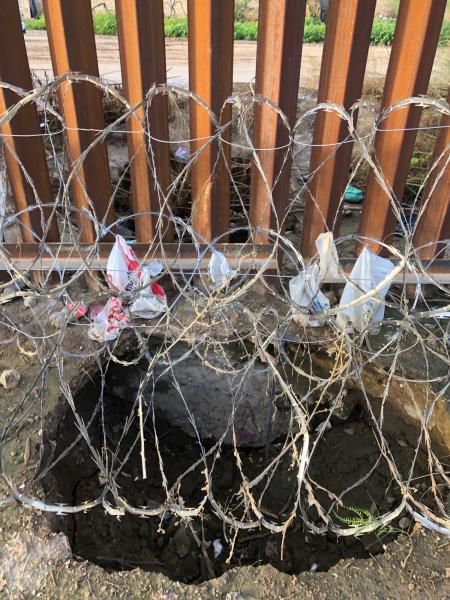 A Border Patrol agent looks at a tunnel discovered under the border wall near Yuma.

YUMA (AP) — A cross-border tunnel has been found at the international border west of the San Luis Port of Entry in Yuma, authorities said Tuesday.

Contractors working on the wall project had been moving soil in the area when they uncovered plywood and boards, which agents later determined to be possible tunnel shoring.

After further excavation, the incomplete tunnel measured approximately 8 feet (2.4 meters) to 12 feet (3.6 meters) below the surface of the ground at the location of the sink hole.

Agents and Mexican military officials have secured a similar sinkhole on Mexico’s side of the border about 10 feet (3 meters) to 12 feet (3.6 meters) south of the original hole.

Law enforcement on both sides will continue to monitor and inspect the tunnel.